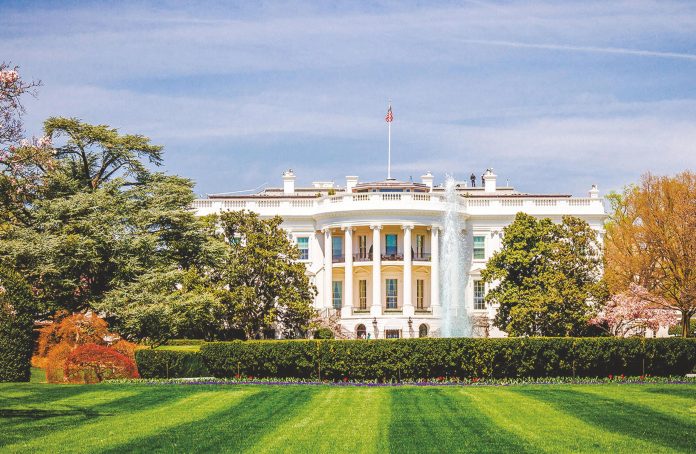 This year we face critical  presidential elections, with so much at stake. Tensions are high regarding Iran, anti-Semitic incidents in the U.S. are alarmingly on the rise, violence and terror threaten our allies abroad, and economic stability continues to be a concern.

President Donald Trump has addressed these issues, and many more. As the Presidential election grows closer, his accomplishments and failings will be scrutinized. Let’s take a look at some of the highlights of the Trump administration in 2019.

The upturn in the economy has been a feather in Trump’s hat since the beginning of his presidency. Just weeks after his election, the stock market went up, and economic indices showed consumer and corporate confidence at an all-time high. This trend has continued, virtually unabated, for the past three years.

The unemployment rate is still the lowest it has been in 50 years, at three and a half per cent, and  job growth is up, with an impressive 200,000 more jobs on the market per month. Wage increases are also on the rise at more than three percent growth for the first time in more than 10 years. Household income has also risen steadily since the last year of the Obama administration, with the average middle-class family income reaching $63,179.

Meanwhile, Trump has offered economic assistance to disabled vets, with an executive order to forgive their student loans. Though this initiative had existed previously, Trump removed many of the roadblocks and complications involved in making this assistance readily available. 24,000 veterans will be affected in 2020 alone.

Big surprises for Trump critics included numerous environmental initiatives in 2019. A major public lands and conservation bill was signed into law. The bill, which is the most sweeping Congress has considered regarding public lands in over a decade, not only adds 1.3 million acres of wilderness to protected lands, but it also reauthorizes the Land and Water Conservation Fund.

To reduce overspending and maintain accountability, The Environmental Protection Agency received an additional mandate to ensure that its regulatory decisions are rooted in sound, transparent, and consistent approaches to evaluating benefits and costs.

Trump’s detractors may criticize him for not investing in green energy. However, they might do well to consider the president’s  reticence to do so after President Obama left in his wake $50 billion spent on 34 projects that barely produced a kilowatt of energy. Instead, Trump increased the budget to support nuclear energy, with $3.7 billion provided in new loans, earmarked to help complete two new commercial reactors over the course of a decade.

In the last days of 2019, Trump ordered the killing of arch terrorist Major General Qassem Soleimani, Iran’s powerful military commander. The U.S. Department of Defense revealed that Soleimani was actively developing plans to attack American diplomats and service members in Iraq and throughout the region. Soleimani oversaw funding, training, and equipping of Iraqi Shi’ite militias, the Taliban, and the Houthis in Yemen. Under his leadership, thousands of operatives were trained in groups such as Hezbollah, Hamas, and Palestinian Jihad. Killed along with Soleimani was Abu Mahdi al-Mohandes, an Iraqi politician and military commander. He was deputy chief of the Popular Mobilization Committee, a group of pro-Iranian paramilitaries in Iraq. He was killed together with Soleimani on a road leading to the Baghdad International Airport.

The Trump doctrine has always been to fight fire with fire, and that’s what he has done with those who threaten the US and her allies. The White House launched airstrikes against Iranian allies in Iraq and Syria, to cite one example. Five locations were targeted, which included weapons and munitions depots linked to Iran. It is believed the weapons had been used in recent attacks against coalition fighters – including an attack which caused the death of an American contractor.

The President also ordered the operation that killed ISIS leader Al-Baghdadi. Known leader of ISIS since 2010, Al-Baghdadi brought the terrorist organization into prominence in the region, taking advantage of regional power vacuums. Trump ordered a Special Operations raid that ended in al-Baghdadi blowing himself up.

Fighting evil must be done collaboratively, not only with boots on the ground, but also with resources. That is why Trump has made it clear that his partners and allies must do their fair share. Last year, Trump negotiated with our NATO allies to pay more for collective security, to the tune of $130 million. The ultimate goal is that all members pay the benchmark of at least two percent of the GDP (Gross Domestic Product) to the cause. The United States currently pays 3.42% of its GDP.

On the topic of foreign relations, Trump continues to develop détente with North Korea, in the hopes of influencing the hermit kingdom to pare down its nuclear program and to ease its relentless iron clutch on its citizens. Though no agreement was reached at the Hanoi, Vietnam summit between Kim Jung-Un and Trump, many hailed it as a historic meeting.

South of the border, an immigration deal was signed with Mexico, in an effort to push Mexico to do more to stem the flow of undocumented immigrants from Central America. Trump, always a tough negotiator, threatened five percent tariffs on all Mexican imports. That threat seemingly paid off when Mexico came to the table and agreed to strengthen their own northern border. When the Mexicans  agreed to Trump’s terms, Trump rescinded the proposed tariff.

Then there’s Israel. Known for his philosemitic views and deep affinity for the Jewish State, 2019 was the year that the Trump administration recognized the Golan Heights as part of Israel. This was the first time a U.S. President had officially took such a goodwill stance. In addition, and probably more significant, 2019 was the year that Secretary of State Mike Pompeo declared that Jewish settlements in the West Bank (Judea and Samaria) “are not illegal per se,” a departure of decades-old U.S. State Department policy.

In other Jewish related items, Trump signed an order to address antisemitism on college campuses.

Specifically relating to campuses that have been openly hostile to Jewish student groups and Israel, the order would strip federal funding from universities deemed to be promoting  a climate of intolerance for minority students. It reminds universities that their Jewish and Israeli students are vulnerable minorities who need protection.

Trump signed an Executive Order expanding private benefits under Medicare. Dubbed the Medicare Advantage – the private option of the Medicare program – its goal is to provide lower costs, and health savings plans. The administration believes this will get even more seniors enrolled in Medicare Advantage, a step towards the promotion of private healthcare for seniors. It’s an initiative that is intended to improve the quality and length of life for seniors.

Trump signed another executive order intended to save lives: banning bump stocks. Bump stocks allow a shooter to shoot several rounds in rapid succession. Spurred by the deadly Las Vegas shooting in 2017, the order went into effect in March of 2019.

And finally, Trump-appointed judges will set in motion rulings that will preserve conservative values for some time to come, far beyond the Trump presidency. Trump has appointed 172 federal judges, including Supreme Court justices Neil Gorsuch and Brett Kavanaugh, 48 Appeals Court judges, and 120 District Court judges. 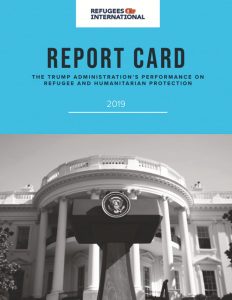 Only after the elections will we know whether this will be Trump’s last year in office, or he will serve another four years. Despite impeachment proceedings and scrutiny from detractors, Trump ended the decade with some significant accomplishments: a new NAFTA Agreement (USMCA – United States-Mexico-Canada Agreement), Space Force (USSF, the space operations branch of the U.S. Armed Forces), appointment of a historic number of federal judges, the lowest unemployment in half a century, and a stock market that has increased by 50 percent since election day, 2016. We will all have to see how the coming year unfolds.