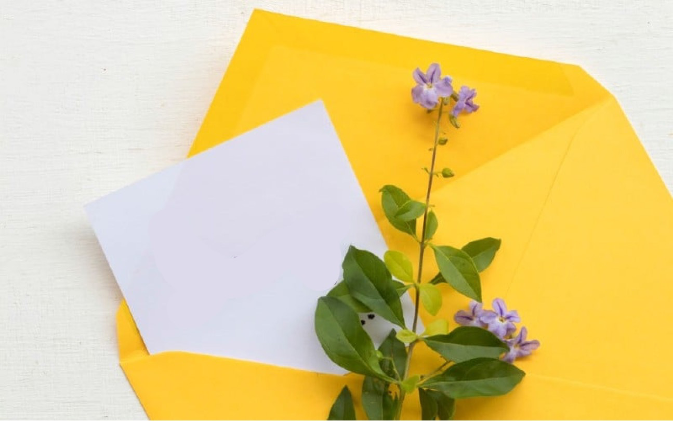 “Who are these people?!”

If we come home to find strangers sitting there, this is the question we are likely to ask our family members who are there. This month, we will read about this question being asked by – surprisingly enough – Gd Himself.

A delegation sent by Balak, the king of Moav, arrived at the home of Bilam, a gentile prophet, bringing him an urgent message from the king. Beneh Yisrael had just conquered large swaths of neighboring territory from two mighty empires, and Balak feared that they might do the same to his country. These fears were completely baseless, as Beneh Yisrael captured the territory only after being attacked, unprovoked, and they gave absolutely no indication of seeking to wage war against Moav. Regardless, Balak devised a plan to summon Bilam to place a curse upon Beneh Yisrael so the entire nation would perish.

Bilam told the delegation to remain overnight as he awaited Gd’s response. Sure enough, that night, Gd spoke to Balak, asking, “Who are these people with you?”

Bilam explained to Gd who these men were, and Gd told him in no uncertain terms that he should not go to curse Beneh Yisrael.

We all know the end of the story – Balak sent an additional delegation to beg Bilam to come place a curse on Beneh Yisrael, and Bilam again awaited Gd’s response. This time, Gd allowed Bilam to go, and He then transformed Bilam’s curses into blessings.

There is much to discuss about this fascinating story, but we will focus our attention here on the initial exchange between Gd and Bilam – when Gd, mysteriously, asked Bilam, “Who are these people?” and Bilam told Him who they were. The Midrash comments that this is one of four instances where Gd asked someone a question, and he gave the wrong answer. Let us briefly look at the other three:

After Adam sinned by eating fruit from the forbidden tree, he and Havah heard Gd’s voice, and they tried to hide. Gd then spoke to Adam and asked, “Ayekah – Where are you?”

Adam answered: “I heard Your voice…and I was frightened…so I hid.”

Gd informed Adam that he and all mankind would be forever cursed because of his sin.

The second instance is Kayin, who committed the first murder in human history, killing his brother, Hevel. Gd called out to Kayin, “Eh Hevel ahicha – Where is your brother, Kayin?”

Kayin then replied, “I don’t know. Am I my brother’s keeper?!”

Gd informed Kayin that he would be punished for his crime, and would be forced to wander the earth.

The final instance is far less known, and involves King Hizkiyahu, a righteous king who reigned toward the end of the period of the first Bet Hamikdash. We read in the Book of Melachim II (20) that Hizkiyahu became gravely ill and was told by the prophet, Yeshayahu, that he would soon die. Hizkiyahu pleaded to Gd, and he was miraculously cured. Not long thereafter, the king of Babylonia sent a delegation to visit Hizkiyahu in his palace in Jerusalem. Hizkiyahu proudly showed him all his kingdom’s riches and treasures.

Gd then sent the prophet Yeshayahu back to Hizkiyahu, and the prophet asked him, “What did these people say? From where did they come to you?”

Hizkiyahu explained that they came from Babylonia, and he told the prophet that he showed the Babylonian officials all the royal treasures. Yeshayahu informed the king that because of what he did, these treasures would all soon be looted and brought to Babylonia.

In all four instances, Gd asked somebody a question to which He, quite obviously, knew the answer. Gd knew precisely where Adam was, where Kayin was, who had come to Bilam, and who had come to Hizkiyahu. In three of the four instances, the individual gave an accurate answer. The exception is Kayin, who falsely claimed that he did not know Hevel’s whereabouts.

The Midrash comments that all four of these individuals – Adam, Kayin, Bilam, and Hizkiyahu – gave the wrong answer to the question posed to them by Gd.

We need to ask, what exactly was wrong with their response? We understand that Kayin brazenly lied, but the others gave honest, accurate responses. So why did the rabbis of the Midrash find fault in their responses?

We should also take a step back and ask, why did Gd pose these questions in the first place? What was His intention in asking for information which He obviously already knew?

“Walking Humbly With Your Gd”

The key to understanding this passage in the Midrash is the example it gives of somebody who was asked a question by Gd – and gave the correct response.

The Midrash contrasts these four examples of wrong answers with the time when the prophet Yehezkel gave the right answer. Gd showed the prophet a valley that was filled with thousands of dried bones, and He turned to him and asked, “Will these bones ever live?” (Yehezkel 37:3). Yehezkel answered, “Gd – You know.” This response, the Midrash says, was the right answer to the question.

Yehezkel’s answer, in essence, was that he did not know the answer. He responded that only Gd knows what will happen to these bones. His response was one of humility and submission.

And this is precisely what was wrong about the responses given by Adam, Kayin, Bilam, and Hizkiyahu.

In each instance, it was clear that Gd was subtly reprimanding the individual. He obviously knew where Adam was, where Hevel was, who the people were who came to Bilam, and who the people were who came to Hizkiyahu. He was not asking for information. He knows everything. Gd was gently pointing out to these men that they had done something wrong. These questions were asked to evoke feelings of remorse. All Gd expected was for the person to acknowledge that he made a mistake. The correct response should have been, “I was wrong.” Any other answer was the wrong answer, because it amounted to an arrogant denial of guilt.

Bilam had many flaws, but one of the most serious flaws was his arrogance. Gd had made it very clear to Bilam that He did not want Beneh Yisrael cursed. His response after the first delegation came was unequivocal: “Do not go with them; do not curse the nation, for it is blessed” (22:12). But Bilam didn’t give up. He refused to submit. While stopping short of outright violating Gd’s word, he hoped he could somehow outmaneuver Gd, finding every “loophole” Gd opened for him to try to pursue his agenda and have Beneh Yisrael annihilated. His refusal to submit to Gd’s will, to yield, to concede that his wish to curse the nation was wrong, bespoke an especially grievous form of arrogance.

Not coincidentally, the portion of the Nevi’im read as the haftarah for Parashat Balak concludes with the verse, “…what does Gd want from you, other than acting justly, loving kindness, and walking humbly with your Gd” (Michah 6:8). One of our most basic, elementary obligations as Jews is humility, acknowledging our mistakes, recognizing our faults, and admitting to failure. Without this quality of “hatznea lechet im Elokecha – walking humbly with your Gd,” no growth or improvement is possible. If we stubbornly insist that we are always right, that we always have the right answers, that our opinions are always correct, that we never do anything wrong – then we will never advance.

Gd does not expect perfection. He created us as flawed human beings, not as angels. We are going to make mistakes – lots of them. Gd does not demand that we never fail, but that “hatznea lechet im Elokecha” – we humbly acknowledge our failures. He expects us not to make excuses, not to justify ourselves when we did something wrong, and to instead admit our shortcomings and make a commitment to try to be better.

This is one crucial lesson we can learn from the evil character of Bilam. None of us are as cruel and heartless as Bilam, who desperately wanted to destroy an entire nation. But many of us – perhaps even all of us, to one extent or another – are plagued by the tendency to stubbornly refuse to admit wrongdoing. When we are confronted by criticism, our instinctive reaction is to defend ourselves, to excuse our behavior, to blame somebody else, to insist that we did nothing wrong. For many of us, the three most difficult words to say are “I was wrong.”

So many of the fights that ruin marriages, break apart families and destroy friendships could be avoided if people would be more willing to accept criticism instead of rejecting it. Imagine if we respond to uncomfortable criticism by saying, “You are right and I was wrong, I am sorry.” Imagine how much more peaceful our homes, families and institutions would be if people calmly accept criticism, instead of angrily rejecting it. Imagine how much friction could be eliminated if we “walked humbly,” if we admitted our mistakes instead of stubbornly denying them.

Let us try to overcome our natural fear of these words – “I was wrong” – and grow more accustomed to saying them, to recognizing that we are not always correct, that we sometimes say the wrong thing, do the wrong thing, make the wrong decision, or hold a wrong opinion. The more open we are to acknowledging our mistakes, the more we will grow and the more peace and harmony we will enjoy together with the people around us