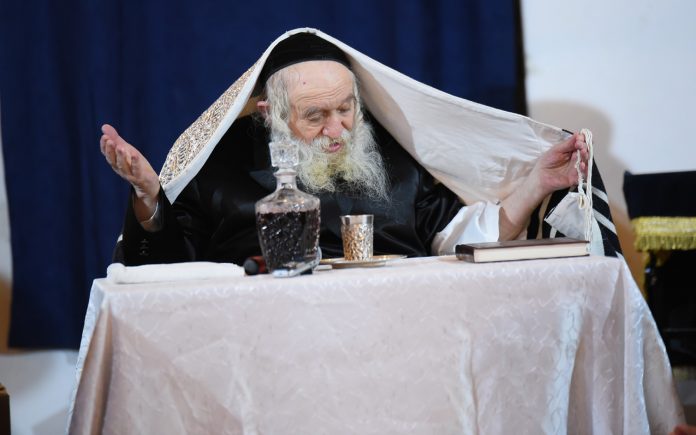 A Renaissance of Spiritual Splendor

Many of us have heard about the lifelong desire of the holy Ba’al Shem Tov to meet up with the Ohr Hahayyim Hakdosh – Rabi Hayyim ben Attar, zy”a, in the Holy Land. Legend had it that if these two great luminaries would meet in Eretz Yisrael, together they would bring Mashiach and usher in the final redemption.

The story is told that one Shabbat while eating seudah shlishit, the Baal Shem Tov sensed that the Ohr Hahayyim had just passed away. Before it was possible for anyone in Europe to have heard the tragic news, the Besh”t exclaimed, “The light of the West has been extinguished!”

Today, more than 250 years later, perhaps, this long-awaited meeting up is finally materializing in the form of the followers of the path of the Ba’al Shem Tov increasingly engaging with the revered Hachamim of the Edut Hamizrah and vice-versa.

In the courts of many of today’s Sephardic mekubalim, one sees throngs of Hassidim of Hungarian and Polish descent and tradition. Likewise, Sephardic communities regularly host prestigious rebbes, savoring the special atmosphere of the uplifting tisch – the rebbe’s Shabbat table. Jews from all walks of life stand in line to give a pidyon to a Chassidic rebbe, coming away encouraged the Rebbe’s wise counsel and effusive berachot.

The Deal community will have the good fortune to host the holy Rebbe of Chernobyl, Harav Menahem Nahum Twersky, shlit”a, this summer while the Rebbe is on a visit to the U.S. from his home in Bnei Brak. The Rebbe is no stranger to the Sephardic community. Sephardim from across Eretz Yisrael and communities around the world regularly visit the Chernobyler rebbe. The rebbe makes an annual trip to France to give hizzuk to the Sephardic community there.

Chernobyl! Some might associate this name with a Russian nuclear disaster in the late eighties. But for the greater Torah community, the mere mention of that name evokes a sense of awe, of sanctity, of reverence. The holy Me’or Einayim – Harav Menahem Nahum Twersky, founder of

the Chernobyl dynasty, was a disciple of the Ba’al Shem Tov, and later, of the holy Maggid of Mezeritch. Founded over 250 years ago in the heartland of Jewish Ukraine, Chernobyl is likely the oldest Hassidut to still carry its original name and identity.

Today, in the heart of Bnei Brak, with satellite branches in cities across Eretz Yisrael, Chernobyl, under the leadership of the present Rebbe, represents a glorious empire of Torah, Avodah, and Hassidut. Nearly a century after this dynamic kehilla was decimated by the Ukrainian Bolsheviks, it has once again re-emerged as a vibrant continuum of this illustrious legacy.

The Chernobler community in Eretz Yisrael, established by the previous rebbe, Reb Meshulam Zusya, zt”l, is comprised of many hundreds of families whose lives are devoted to Torah and Avodah. Smaller communities of Hassidim are centered around the Chernobyler battei midrash in Beit Shemesh and Elad.

The incredible chain of events beginning with the previous rebbe’s escape from Russia to Eretz Yisrael, and then later once again from Galicia just before the outbreak of World War II, was a manifestation of the Divine Hand of hashgacha to perpetuate this great legacy for eternity.

Upon settling in Eretz Yisrael, his first initiative was to establish a Kollel, which he called Zichron Kedoshim in memory of his two spiritual mentors, his father and grandfather.

With the passing of the previous rebbe, Reb Meshulam Zusya in 5748, the mantle of leadership in Bnei Brak passed on to his eldest son, the present rebbe, Reb Menachem Nochum, shlit”a, namesake of the legendary Me’or Anayim.

At the helm of this impressive empire of Torah and Avodah, of course, is the Rebbe himself, whose personal involvement guides its every aspect. Visitors to the Chernobyler Rebbe of Bnei Brak are enamored with the Rebbe’s personality as well as his yirat shamayim, the unique way in which his consciousness of Hashem’s Presence illuminates his scholarship and perception.

Under the Rebbe’s direction, the Chernobyl institutions and ideals they embody have earned their names as pinnacles of Torah, middot, yirat shamayim, and Hassidut. Strongly rooted in the teachings transmitted through the golden dynasty of Chernobyler Rebbes spanning eight generations, the Rebbe guides his followers on how to apply the timeless precepts of the Baal Shem Tov’s philosophy of joy and untainted sincerity in the service of Hashem to the challenges of today’s contemporary world. 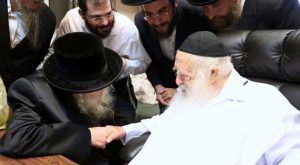 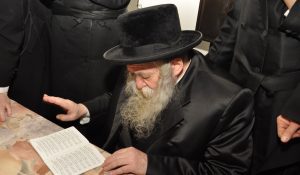 Partners with the Rebbe

Observers of Chernobyl’s remarkable synthesis, blending time-honored tradition with advanced Torah learning, quickly become friends and admirers of the Chernobyler institutions. In addition to the tremendous merit of financing the worthy endeavors of Chernobyl, these donors are easing the tremendous financial burden borne by the Rebbe, allowing him to fully devote his time and energy to the many individuals who seek out his guidance and salvation.

The Rebbe does not take the nobility of these donors lightly. As is well known, the Rebbe’s eternal gratitude to those who support his endeavors, in which he has invested his entire heart and soul, manifests itself in the form of abundant blessings and pleas for Divine intercession.

The Rebbe spends many hours receiving Jews from all walks of life in search of his sagacious counsel, insight, and prayers on business and family-related matters, as well as downtrodden souls facing difficult challenges in need of salvation and assistance.

Countless well-known stories attest to the miraculous results yielded by the Rebbe’s intercession, prayers, and assurances.

A prominent Chernobyl donor, living in the United Stated, called up the Rebbe’s assistant on behalf of his 23-year-old niece.

While all the niece’s friends were happily married, she was still at home, waiting. She had an older single brother, and her parents did not want her to get married before him. Not seeing any hope in the near future, she felt depressed and dejected.

The donor, knowing that women do not usually enter the Rebbe’s room, asked the gabbai for a one-time exception, in order to allow her to hear the Rebbe’s berachah. Due to the sensitivity of the heartbroken girl’s predicament, the gabbai gave her special permission to stand in the room when the donor asked for a berachah.

On hearing the girl’s problem, the Rebbe replied in a clear voice: “You have to be happy,” he said. “Simha is the best segulah – be happy!”

The donor asked for the Rebbe to promise a yeshuah, but the Rebbe merely repeated his first reply: she should be b’simhah, and everything will work out.

The niece heard the Rebbe’s answer; she had to be happy, even though she could not see any hope in the future. The girl decided to make an effort – and it indeed helped: in a short time, her brother was engaged, and that same year she was married!

With such berachot, who needs promises?

Another well-known story took place several years ago. One of the Hassidim was invited to an exclusive fundraiser on behalf of the Chernobyl institutions, with a cover charge of $5,000.

Although he would give anything to be part of such a cherished occasion in the presence of the Rebbe, his financial situation simply did not allow it.

“I simply don’t have the means to spend that kind of money now,” he told the gabbai with a sigh. “The economic situation is difficult, and I don’t have an extra penny. I have no other option but to reject the offer.”

The next morning, the donor once again met the gabbai, but this time his voice was upbeat.

“I’m coming to the event! I have the money!” he excitedly declared.

The Chassid related that he heard from friends that a group was being formed to request that certain bank fees charged somewhat unfairly over the years be reimbursed. He also joined the group, hoping that if they are reimbursed he may also get something back.

However, the bank was not agreeing to the reimbursements, and all the requests were denied.

The individual knew that if the requests of such high-profile clients were rejected, there was little hope in his claim being honored.

Surprisingly, that same morning, the bank called him to say that he will receive $5,000 in compensation, the exact amount needed to attend the fundraiser to support the Chernobyl institutions!

“I know it wasn’t in my merit. The money was given for the Rebbe,” he said. “Apparently, when it comes to supporting the Rebbe and his institutions, even the banks are eager to help.”

The Rebbe’s upcoming visit to Deal is scheduled for early August. Details will be forthcoming.

The Deal community has its own personal connection with the Chernobler Rebbe. Bahurim from Yeshivat Lev Aharon (Rabbi Laniado) in Jerusalem, among them many of our own children and relatives, regularly visit the Chernobyler Rebbe in Bnei Brak, seeking out the Rebbe’s insightful counsel, hizzuk, and effective berachot.