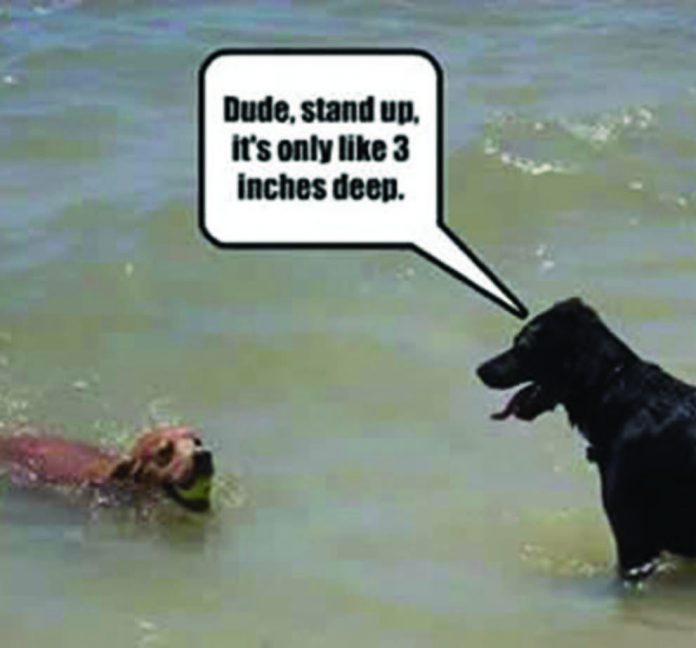 Saul: Do you know why politicians try so hard to get re-elected?

David: Because they want to implement their great ideas?

Saul: No. Because they would hate to have to make a living under the laws they passed.

A noted psychiatrist was a guest speaker at an academic function. During a small reception, the doctor was approached by a young undergraduate student and asked a question with which he was most at ease.

“Would you mind telling me, Doctor,” she asked, “how you detect a mental deficiency in somebody who appears completely normal?”

“It’s really quite easy,” the psychiatrist replied. “You ask a simple question that anyone should be able to answer with no trouble. If the person hesitates, that gives you a clue that something is wrong.”

“What sort of question?” asked the young lady.

“Well,” the psychiatrist answered, “you might ask, ‘Captain Cook made three trips around the world and died during one of them. Which one?’”

The young undergrad thought for a moment, and then said with a nervous laugh, “You wouldn’t happen to have another example, would you? I must confess I don’t know much about history.”

Recently, I attended a lecture being given by one of my favorite writers. I managed to get a good seat among the hundreds of other in attendance, however, due to the chatter of two women sitting

in front of me I could barely hear the speaker. Unable to bear it any longer, I tapped one of the women on the shoulder.

“Excuse me, I can’t hear a thing,” I said as politely as I could.

“I should hope not!” she answered, “This happens to be a private conversation.”

The matchmaker told Rochelle that there were two men who wanted to go on a date with her, Barry, who was a farmer, and Sam, who was a surgeon. Rochelle decided to go out with the farmer first. The date went smoothly and the next day, Barry sent a box to Rochelle. Eagerly opening it up, she found a dozen roses and a Red Delicious apple. The next day, another box arrived from Barry. Rochelle opened it to find a box of chocolates and a Golden Delicious apple. The day after that a third box arrived. Inside, Rochelle found a bottle of perfume and a Granny Smith apple. By now, Rochelle was very curious about the boxes she received, so she called Barry.

“Thank you for the flowers, the chocolate, and the perfume,” she said, “but could you explain why you sent an apple with each gift?”

Barry chuckled for a moment and answered, “I knew that there was a surgeon who also wanted to go out with you. I figured that an apple a day would keep the doctor away.”

Russian President Putin called in the Director of Russian Intelligence and asked, “How come the Jews seem to know everything before we do?”

“Vus whosuch? What does that mean?” Putin asked.

“It’s a Yiddish expression that roughly translates into, ‘What’s happening?’” the chief explained. “Everyone just asks each other this question, and they end up finding out everything.”

The President decided to personally go undercover to determine if this was true. He dressed up as an Orthodox Jew and secretly flew in an unmarked plane to New York. He was picked up in an unmarked car and dropped off in Brooklyn’s most Jewish neighborhood.

Soon, a little old man came shuffling along. The President stopped him and whispered, “Vus titzuch?”

The old guy whispered back: “The Russian President is in town.”

Q: Why did the kids eat their homework?

A: Because the teacher said it was a piece of cake!

Cindy woke with a start. She quickly awakened her mother to share with her the wonderful dream she just had.

“Mommy!” she cried excitedly. “I dreamt that you took me out for my birthday next week to a fancy restaurant and presented me with a most beautiful set of earrings!”

“That’s nice, Cindy,” her mom replied. “Now why don’t you go back to sleep so you can enjoy it.”

A new neighbor recently moved into a semi-rural area in Kingman, Kansas. Six months later, she called the local township administrative office to request the removal of the Deer Crossing sign on the main road for “ethical reasons.” When the clerk refused to consider her request, she decided to take the matter up with the city council. At the next city council meeting, she managed to have the matter called for debate before the entire council. After stating her name and her address, she began, “I request that the Deer Crossing sign on Turner Road be taken down immediately.”

“For what reason should we consider this request?” the council speaker asked.

“It’s very simple,” she explained plainly. “Ethical reasons. Too many deer are being hit by cars at that spot – I don’t think it’s a good place for deer to be crossing anymore.”

A Jewish man was in a major supermarket when he saw a young African American woman trying to get her young child to put down a candy bar he had picked off the shelf. “Tyrone!” she yelled. “Put that down, it isn’t kosher!”

Intrigued by the boy’s gentile sounding name, the man decided to investigate. “Excuse me ma’am, are you Jewish?”

“No,” she responded with a curious look.

“Is the boy Jewish?” he inquired.

“So then why did you tell your son that the candy wasn’t kosher?”

“Why? I’ll tell you why,” the woman offered. “Cause I see all the Jewish mothers saying that to their kids – and it works! So, I figured I’d give it a try!”