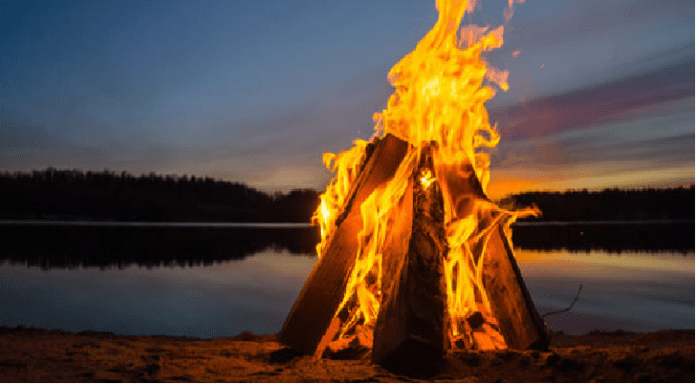 As Hanukah approaches, we recall the miracle of the small jug of oil that lasted for eight nights. Passover evokes the memory of the backbreaking labor we endured in Egypt, and the matzah we eat to commemorate our liberation. When Shavuot comes along, we rejoice in celebrating the accepting Gd’s Torah on Mount Sinai.

Each year, on the 18th day of Iyar, we are called to celebrate Lag Ba’omer, a holiday that comes in between Pesach and Shavuot. Occurring on the thirty-third day of our counting of the Omer, it may not have the pizazz of some of the more well-known holidays, but it is worth celebrating for many reasons, and not just as an occasion that allows us to make weddings and take a haircut!

On This Day in History

In the weeks between Passover and Shavuot, a deadly plague raged amongst the disciples of the great sage Rabbi Akiva. As a symbol of mourning for Rabbi Akiva’s 24,000 disciples who died, we refrain from listening to music, taking haircuts, participating in wedding celebrations, and the like. On Lag Ba’omer, the plague finally ceased, which was considered a miracle. (In our days we can relate to a deadly plague suddenly ending!) In commemoration of this miracle, we are permitted again to perform the aforementioned practices.

Also, on this day we remember the great sage and mystic Rabbi Shimon Bar Yohai, who died on this very day.  In Israel there is a well-known custom to travel to Meron on Lag Ba’omer. It is the burial place of Rabbi Shimon bar Yochai, commonly referred to by the acronymic abbreviation of his name, Rashbi. This great rabbi died on Lag Ba’omer about eighteen centuries ago.

One might wonder: If Lag Ba’omer marks the date of Rabbi Shimon’s death, why is it largely celebrated with outings, bonfires, and other joyous events? To answer, let’s first better understand who this great man was.

When Rashbi was a young boy, he studied in the great academy of Yavneh. His principal teacher was the illustrious Rabbi Akiva, with whom he developed a strong relationship. In fact, Rabbi Akiva would come to refer to him as “my son.”

After the Bar Kochba revolt, the Roman emperor, Hadrian, persecuted the Jews mercilessly. He shut down the Talmudic academies and Torah study was forbidden under penalty of death. Some Jews learned Torah in secret. They brought food and drink with them outdoors, and sometimes bows and arrows. If approached by the Romans, they would claim they were on an outing. Thus, Lag Ba’omer is a popular time in Israel for picnics and archery.

During Hadrian’s time, Rabbi Akiva defiantly continued to teach Torah publicly. His devoted pupil Shimon remained at his side. Although Rabbi Akiva was eventually arrested, Rabbi Shimon continued to visit his mentor in prison to receive instruction. It was only death that would finally separate them as Rabbi Akiva was condemned to die al kiddush Hashem (for the sanctification of Gd’s name).

These were horrific times for the Jewish people in Israel, who remained under the brutal persecution of the Roman emperor. It was nearly impossible to study Torah or to worship Hashem.

The cruel Romans realized that the continuity of the Jewish nation depended on the chain of semicha, the ordination of rabbis. They forbade such ordination, and decreed that anyone who ordains or is ordained would be executed if discovered. Thus, the knowledge of Gd and his Torah was at risk of being forgotten.

Finally, Hadrian himself died and the decrees that had been in effect were no longer enforced with the same brutality. The leading sages of the time gathered to consider how they might restore the Jewish religion.

The sages moved to Yavneh, where they conferred in a vineyard.

In discussing what stance to take towards the Roman government, Rabbi Yehudah suggested a friendly one, Rabbi Yossi HaGelili expressed no opinion, while Rabbi Shimon spoke very bitterly of the Roman tyrants, and advocated every possible defiance.

Rabbi Shimon fled for his life together with his son Rabbi Elazar.

For some time, the two stayed in hiding in a bet midrash, where Rabbi Shimon’s wife brought them bread and water daily. When the search for them was intensified, they decided to seek a better hiding place. The father and son moved to hide in a cave, not telling anyone of their whereabouts. Gd caused a carob tree to materialize at the entrance of the cave, along with a spring of fresh water. For twelve years, Rabbi Shimon bar Yohai and his son, Elazar, dwelt in the cave, sustaining themselves on carobs and water. During this time, they studied and prayed until they became the holiest sages of their day.

At the end of twelve years, the Prophet Elijah brought them good tidings. There had been of a change in the government and they had been given a reprieve. Father and son finally left the cave.

Rashbi settled in the town of Tekoa, where he founded a great Torah academy. The most eminent  scholars of the time gathered there to receive instruction from Rabbi Shimon. Among them was Rabbi Yehudah Ha’nasi, who later compiled the Mishnah.

When he reached the final day of his life, Rabbi Shimon called his students together and told them to pay close attention. The Zohar (3:291b) describes the scene: Rabbi Shimon spent the entire day in a prophetic stream of consciousness, revealing the deepest mystical secrets of the Torah. He told his students: “Until now, I have held the secrets close to my heart. But now, before I die, I wish to reveal them all.”

Rabbi Abba, a student assigned with the job of transcribing Rabbi Shimon’s words, reports: “I couldn’t even lift my head due to the intense light emanating from Rabbi Shimon’s face. The entire day, the house was filled with fire, and nobody could get close, due to the wall of fire and light. At the end of the day, the fire finally subsided, and I was able to look at the face of Rabbi Shimon: He was dead, wrapped in his tallit, lying on his right side – and smiling.”

Let’s return now to our original question: If Lag Ba’omer marks the date of Rabbi Shimon’s death, why is it cause for such a celebration?

The Romans had convicted Rabbi Shimon of a capital crime. By all rights, he should have died well before his time. But through tremendous self-sacrifice and a series of miracles, Rashbi was able to live out a full life, the climax of which was the revelation of the Torah’s greatest secrets. All this is cause for celebration! And the bonfires lit all around Israel, and in other Jewish communities around the world, commemorate the bright fire of Rashbi’s last day.