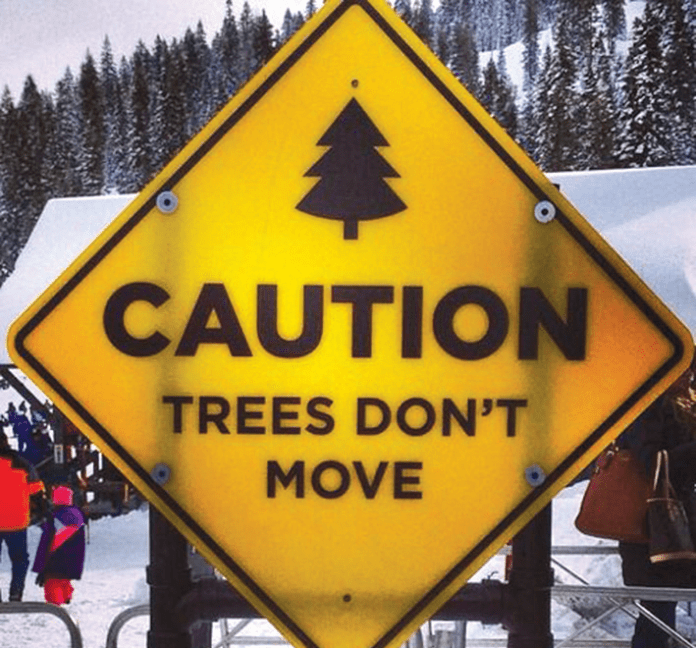 My three-year-old son stuck out his hand and said, “Look at the fly I killed, Daddy.” Since he was eating a juicy pickle at the time, I thrust his contaminated hands under the faucet and washed them with antibacterial soap. After sitting him down to finish his pickle, I asked, with a touch of awe, “How did you kill that fly all by yourself?” Between bites, he said, “I hit it with my pickle!”

Chaim and Rivkah were recently married and setting up their apartment with the necessary furnishings. One morning, Chaim proudly came home with a new refrigerator. Unfortunately, he noticed that it was taller than the old one, and there wasn’t quite enough space for it. Not wanting to disappoint his new bride, he told her not to worry that he would fix everything. To do so, he would cut away part of an overhanging cabinet to make the refrigerator fit.

Chaim got some tools and tried to figure things out, but he wasn’t quite having success. A little embarrassed, he went into the other room and closed the door. He called in to a local radio program dedicated to home fix-it problems for advice. Chaim was in the middle of getting the guidance he needed, when suddenly his wife burst into the room.

“You won’t believe this!” she said. “There’s a guy on the radio with the exact same problem you’re having!”

Shira volunteers for Bikur Cholim, a wonderful organization that delivers meals to the sick. Shira usually visits the elderly, and on one visit she decided to take her four-year-old daughter, Rena, along. Rena was intrigued by the various appliances of old age, particularly the canes, walkers, and wheelchairs.

Then, Rena noticed a pair of false teeth soaking in a glass. As Shira braced herself for the inevitable barrage of questions, Rena merely turned and whispered, “The tooth fairy will never believe this!”

Mr. Stern was coming over to take his grandson Isaac to the park.

Being only four years old, Isaac said, “Okay, but will you tie them for me?”

“Sure,” Mr. Stern replied with a big smile.

Isaac bolted into the next room to put on his shoes, returning with a big smile and the shoes on the wrong feet.

Looking at his shoes, Mr. Stern smiled and said, “Isaac, your shoes are on the wrong feet.”

Isaac looked down, then looked back at Mr. Stern with a very sad face and replied, “These are the only feet I have.”

Mickey had this problem of getting up late in the morning and was always late for work.

After a few weeks of this, his boss was mad and threatened to fire him if he didn’t do something about it.

So Mickey went to his doctor, who gave him a pill and told him to take it before he went to bed. He got a great night’s sleep and actually beat the alarm in the morning. After a leisurely breakfast, he cheerfully drove to work.

“Boss,” he said, “the pill my doctor prescribed actually worked!”

“That’s all fine,” said the boss, “but where were you yesterday?”

The Israelis are developing an airport security device that eliminates the privacy concerns that come with full-body scanners. It’s an armored booth you step into that will not X-ray you, but will detonate any explosive device you may have on your person.

Israel sees this as a win-win situation for everyone, with no fears about racial profiling. It will also eliminate the costs of other long and expensive security techniques.

So basically, you’re in the airport terminal and you hear a muffled explosion. Shortly thereafter, an announcement:

“Attention to all standby passengers, El Al is pleased to announce that a seat is now available on flight 670 to London. Shalom!”

Little Moishe walked to and from school daily. On one particular morning, the weather was questionable, as clouds were forming and the sky was grey. But Moishie made his daily trek to school anyway.

As the afternoon progressed, the winds whipped up and the thunder and lightning began to roll. Moishie’s mother was concerned that her son would be frightened as he walked home from school and feared that the electrical storm might harm him.

Worried, Mrs. Rosenbloom got into her car and drove along the route to Moishie’s school. Upon finding her son, she noticed her boy was walking along just fine, but at each flash of lightning, Moishie would stop, look up and smile. More lightning followed and with each flash Moishie would look at the streak of light and smile.

Puzzled, the mother approached him in her car, lowered the window and asked him, “What are you doing?”

Moishie answered, “I am trying to look nice. Hashem keeps taking my picture.”

One year, Suzie decreed that she was no longer going to remind her children of their thank-you note duties.

As a result, their grandmother never received acknowledgments of the generous checks she had given for their birthdays.

The next year things were different, however.

“The children came over in person to thank me,” the grandma told a friend, triumphantly.

“How wonderful!” the friend exclaimed. “What do you think caused the change in behavior?”

Go Ahead and Jump

Zukie enlisted in the IDF and wanted to join the famous tzanchanim – the paratroopers. So he went to one of the instructors in charge and asked how you jump out of a plane with a parachute.

“Well, one thing you need to know,” said the instructor, “is that it’s important to start preparing for your landing at around 300 feet.”

“A good question,” replied the instructor. “At 300 feet you can recognize the faces of people on the ground.”

Zukie thought about this for a while before saying, “What happens if there’s no one there I know?”

Service with a Smile

A customer was really hassling an El Al agent at the ticket counter in Tel Aviv – yelling and using foul language. But the agent was polite and pleasant, and smiled while the customer continued to verbally abuse her.

When the man finally left, the next person in line, a tourist from Canada, said to the agent, “Does that happen often? I can’t believe how nice you were to him.”

The El Al agent smiled and said, “No problem, I took care of it. He’s going to Detroit. His bags are going to Bangkok.”