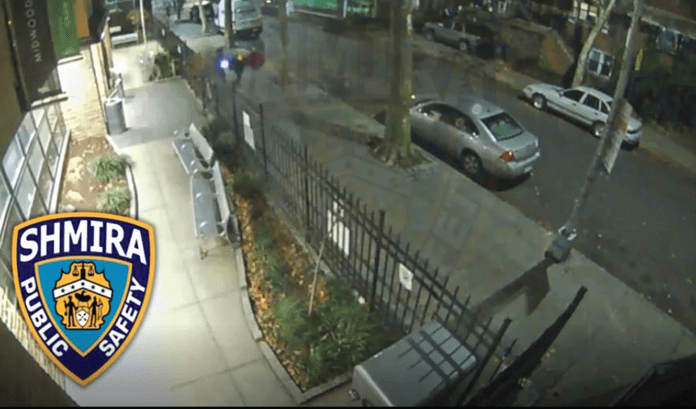 Several men, one armed with a taser, chased a group of Jewish boys in the Flatbush section of Brooklyn last month. “Run Jews, get out of here!” the men reportedly yelled while chasing the boys near Avenue J and East 16th Street, according to Shmira Public Safety.

The incident comes amidst an ongoing wave of anti-Semitic violence in New York City. The New York City Police Department released data showing an 125 percent increase in anti Semitic hate crimes during the month of November.

On December 4, a Jewish man and his son were shot with a BB gun while leaving a kosher supermarket in Staten Island, leading to the arrest of twenty-five-year old Jason Kish on charges of assault, child endangerment, and committing a hate crime. The NYPD also recently arrested a 17-year-old suspected of striking two young Orthodox men before taking off on an electric Citi Bike.

“Everyone has to be vigilant and aware of their surroundings,” a spokesperson for Flatbush Shomrim Safety Patrol said. In April, the Anti-Defamation League (ADL), reported that more anti-Semitic incidents are recorded in New York than in any other state, accounting for “an astounding 15 percent of the total reported anti-Semitic incidents across the country