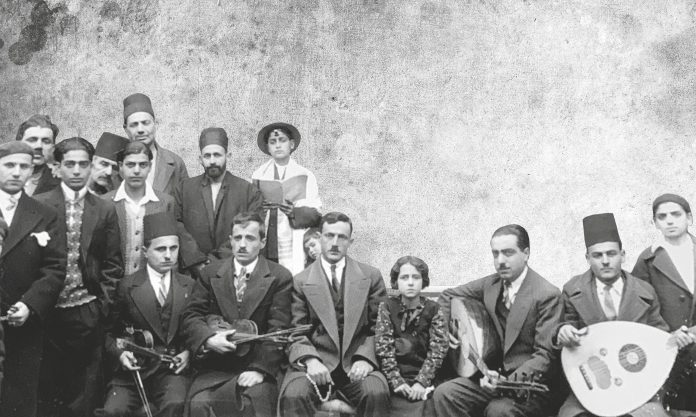 What did the Jews of Syria know about the United States?

That was the question high school students from Magen David Yeshivah High School tried to answer in a presentation given at a conference focused on the end of Jewish life in Arab lands.

Yeshivah of Flatbush students shared family stories of what happened as their families left Syria, some of them with their passports stamped: “Never to Return.” Rabbi Elie Abadie shared the heartwarming story of his family’s journey, bringing some of us to tears, as he told details of their experience.  He also spoke of the legal struggle for the rights of Jews who had left Arab lands.

A number of  interesting presentations at the conference focused on the experience of Jews from Iraq, Iran, Egypt, Yemen, and Syria. My presentation covered “Post 1948 Persecution of Syrian Jews: Agency Relief and Escape.” I focused on the persecution of Syrian Jews after the creation of the State of Israel, and how agencies joined together to fund relief; the role of Brooklyn’s community leaders (such as Isaac Shalom); and the 1992 airlift.

The one-day conference was held at the Center for Jewish History in Manhattan. It was sponsored by the Dahan Center at Bar Ilan University, Sephardic Heritage Project American Sephardi Federation, and the Yeshiva University Center for Jewish Studies, in collaboration with the World Zionist Organization and the Israel Ministry of Foreign Affairs. 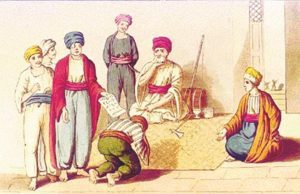 However, after the creation of the State of Israel, Arab nationalism swept the Middle East. “The situation of Jews in the Arab countries worsened dramatically, since many Arab countries declared or supported the war against Israel,” Rabbi Abadie said. “In virtually all Arab countries, official decrees and legislation promulgated by the Arab regimes denied human and civil rights to Jews. They expropriated their property, stripped their citizenship and other means of subsistence. Jews were often victims of murder, arbitrary arrest and detention, torture, and expulsions. The end result was the massive displacement of nearly one million Jews from their birth countries from ten Arab countries.

“Under the persistent repression of the authorities, from 1947 to 1990s many members of the Jewish community sustained the risk in order to escape the persecution. Many attempts at escaping ended in tragedies, with innocent Jews being tortured and murdered. Today, Syria has less than fourteen Jews living in the country. A Jewish community that originated over 3,000 years ago is no more.” 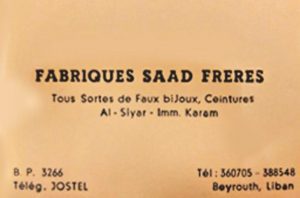 Magen David students presented information found in the  research they conducted under the guidance of Assistant Principal Audrey Abade. Victor Saideh, Nathaniel Haser, Ruth Mevorah, and Susie Ezon found literary works about the history of the Jews of Syria, finding documents from as early as 1794. They looked at who the visitors to Syria were and the interactions of Western visitors to the country. The students found reports of Syrians, Christians, Muslims, and Jews traveling to the United States for World Fairs. Syrian Christians marketed products fashioned from wood at the Centennial Exposition in Philadelphia in 1876. They brought back stories of their visit, and their products created more interest in Syria from American merchants. In 1904, Syrian Jews attended the St. Louis World Fair.

The students learned about capitulation agreements, how Jews were protected by foreign governments, and the famous 1840 Damascus Blood Libel. One of the accused Jews, Isaac Levi Picciotto, was an Austrian citizen and was under the protection of the Austrian consul. His citizenship eventually led to the intervention of Austria, England, and the United States in the affair.

The students spoke about the Alliance de Israelite School and other schools their family members attended. The students concluded that there were a number of small events that put America on the map for Syrian Jews. Aleppo, once an important trading center connecting East and West, declined following the opening of the Suez Canal in 1869. The Jews looked for new opportunities and began venturing beyond Syria to other areas in the Middle East, to Europe and by the turn of the twentieth century, to the New World. 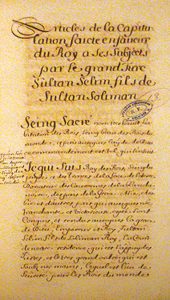 The stories from the Yeshivah of Flatbush students were heartwarming and showed how much the students valued their heritage, as encouraged by their teacher Miriam Wielgus.

Stella Lesser spoke of her grandfather, who owned a factory and a store. The factory and the store were hit and blown up. In order to rebuild, her grandfather had to borrow money from the bank, and so and his family  could not leave the country when others did because he had to repay the loan. Stella’s mother and siblings attended Catholic school. Her uncle was sent away to live in France to avoid conscription. Eventually they paid off a government official to procure travel visas to France. From there they applied for refugee status.

Joshua Zebak spoke of his father’s life in Damascus, as well as family members who tried to escape. “Mazal, Lulu, and Fara Zebak, and their cousin Eva Saad planned an escape. Unfortunately, they didn’t make it. They were brutally killed and their remains were left in a cave. They did not see Israel but Israel sees them. Mazal, Fara, Lulu, and Eva did not reach the border, but they have reached our hearts and our history forever.’’ 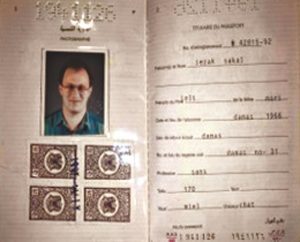 According to Simon Sakkal, “As a Jew in Syria during the 60’s – 90’s, my father was looked at as second class. Even though my father was hated and looked down upon as a Jew, he was still religious. My grandfather was the hazan of his local shul during the weekdays. My father and his family wanted to leave, but they couldn’t because there was a ban for Jews to leave Syria at the time.

“Moving to New York was very difficult because my father moved to an entirely different country, with a different culture and language. He also had to find a new job because he had barely any money coming to Brooklyn. Although it was very difficult, my father adapted to the new life very quickly. He learned English quickly, started working as a jeweler, and bought a house in Brooklyn. What helped him the most was that he was not alone. Most of his friends and family moved to Brooklyn and they all live very close to each other. It is like they never left.”

Frieda Dabbah spoke of her father Jack, who was 12 when he left Syria. One day Jack’s mom said, “We are going shopping to get new clothes and shoes.” It sounded strange and it was suspicious. They said they were going to a barbecue. They actually did go to a barbecue, then suddenly they got a signal and abruptly left the barbecue. About 20 people in two cars started to drive off, with no clue where they were going. They walked at night for 13 hours. The men with them had bags and guns, and Jack had to be kept quiet. They got to Turkey and paid a bribe to cross the border. They were taken to a village, changed clothes, and went to safe houses. Finally, they got to Istanbul, while the embassy got them papers to go to Israel. In 1994, Jack came to the United States.

Danielle Tawil spoke of her mother’s family, the Antebys, and their escape from Syria. It was 1980 and people who tried to revolt were killed. Jews were not allowed to keep their customs or study Torah. Arab kids threw stones at Jews. Even so, the Jewish children were still able to get an education. Born in 1971, Danielle’s mother had no birth certificate, so even to this day she is not sure of her birthday. Danielle’s grandfather was arrested and thrown into jail and was accused of being Russian spy; her grandmother was also arrested a few times.

At a certain point, half of the family was allowed to leave the country, so Danielle’s two uncles and grandmother left in 1980. Her grandfather and mother were left behind. They obtained false passports with fake Arab names. Danielle’s mother’s Arab name was Mahah Dakak. They managed to get to Paris, but they had to leave everything behind. Eventually they got visas and were able to enter the United States. Danielle says it is important to appreciate and “take advantage of religious freedom we have today.”

Rose Sternberg’s family hails from Sana, Yemen. They were told Mashiach had come and it would be good to go to Israel. Her grandfather Shlomo was an orphan, and he worried about being taken by the government. He came to Israel on Operation Magic Carpet in 1950 when he was 16. Those who were leaving had to walk to Sana, the capital of Yemen, to get to the planes and helicopters that would bring them to Israel.

“In Yemen, Jewish orphans were snatched to be raised as Muslims, and Jewish adults were required to clean the public latrines,” said Rabbi Abadie.

Rose’s grandparents had to change their names from Sleman to Shlomo and from B’naye to Batya. They were 16 and 17 when they married in Israel, and eventually they had nine children. Shlomo became Deputy Mayor of Rosh Ha’ayin and built the city with other Yemenites. He came to America for heart surgery at Stanford University near the end of his life. Now his grandson, Rose’s brother Yaron, is a student there.

Jews lived in Arab lands for thousands of years. Life was better for them under Islamic rule more than under Christian rule, so long as they understood that they were inferior, and followed the laws of Muslim society. In 1948, after the establishment of the State of Israel, nearly 900,000 Jews were displaced from Arab countries. The remaining Jews lived in fear. By 1958, another 560,000 were displaced, in 1968 there were another 76,000. Virtually all Jewish life disappeared from Arab countries when the last Jews left Iran in 2005. Many had their passports stamped: “Never to Return.” Small Jewish communities remain in Turkey and Morocco.

Sarina Roffé is an expert genealogist, historian, and founder of Sephardic Heritage Project. She is the author of Branching Out from Sepharad, Backyard Kitchen Mediterranean Salads and soon to be released, Backyard Kitchen: The Main Course. A well-known writer, presenter, and speaker, Sarina holds a BA in journalism, and MA in Jewish Studies, and an MBA in nonprofit management.