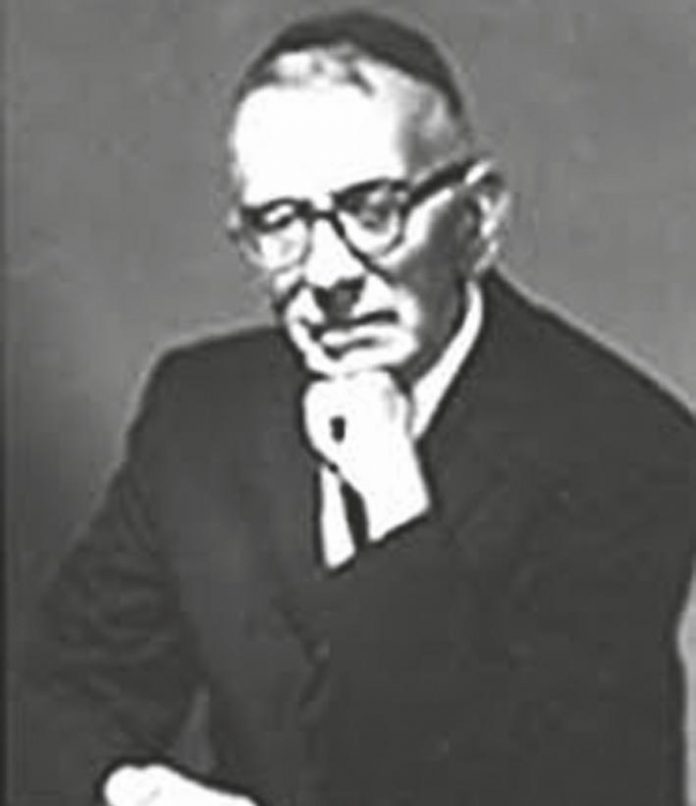 On Sunday, February 9th, the eve of Tu B’Shvat, a special event was held at Congregation Beth Torah commemorating the legacy of one of the great builders and spiritual leaders of our community, Hacham Matloub Abadi, zt”l, in honor of his 50th yahrtzeit.

Numerous community rabbis were on hand to honor Hacham Matloub and to inspire the audience of over 300 community members with memories and reflections about the great scholar, posek, educator, and author who had a profound impact upon countless people over the course of his illustrious career of leadership.

After the recitation of Tehillim and prayers, the attendees were treated to a special exhibit by the Sephardic Heritage Museum in the hallway, as they made their way downstairs to the social hall. In the social hall, they were greeted by a large table offering them an impressive array of fruits in honor of Tu B’Shvat.

The Picture in the Mansour Family Sukkah 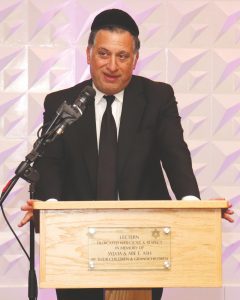 The event opened with the Magen David Boys choir’s beautiful rendition of a pizmon celebrating the occasion of Tu B’Shvat, followed by a moving video presentation.

Jeffrey Dweck, a member of the board at Congregation Beth Torah, welcomed and thanked everyone on behalf of his fellow board members. He also thanked the rabbis and young scholars in our community who perpetuate the hacham’s legacy through their devotion to Torah study. Mr. Dweck also expressed gratitude to the many students of Hacham Matloub who keep his spirit alive by sharing their beautiful stories and memories, enabling us all to learn from and emulate his example of piety.

The first speaker was Rabbi Eli Mansour, who humbly apologized for breaking protocol by speaking first, explaining that he was officiating at a wedding that night. He proceeded to note his personal connection to Hacham Matloub, who was the family rabbi of both of Rabbi Mansour’s parents. And, in fact, in Rabbi Mansour’s childhood, his parents had the picture of just one rabbi hanging in their sukkah – a portrait of Hacham Matloub Abadi with his fist to his chin, deep in thought. Rabbi Mansour inspired the audience with stories of the hacham’s genius and scholarship, and explained how a number of his landmark halachic rulings helped make our community into what it is today.

Rabbi Moshe Shamah described some of Hacham Matloub’s countless accomplishments, and his incalculable impact on our community. He emphasized that the hacham made himself available to individuals, happily addressing any questions they had.

Rabbi Shamah recalled the time when, as a young man, his uncles convinced him to consult with Hacham Matloub and seek advice for choosing his path and direction in life. He was planning to study full-time in an Ashkenazic yeshiva in Baltimore, and the hacham openly and frankly shared his misgivings. He explained that he did not encourage studying far away from home, which meant missing family and community functions. But primarily, the hacham felt uneasy about Rabbi Shamah studying only Torah indefinitely, without preparing a backup plan in case he could not secure a job in the rabbinate. Hacham Matloub urged Rabbi Shamah to attend Yeshiva University, where he could devote the majority of the day to Torah learning while also earning a degree that offered him professional options. In the end, Rabbi Shamah chose to spend his days learning Torah, and, heeding the hacham’s advice, to work towards a master’s degree in education at night. Rabbi Shamah emphasized how this degree proved immensely valuable to him in his rabbinical career.

In his address, Rabbi Shamah recalled Hacham Matloub’s firm commitment to maintaining Sephardic traditions. The hacham would reprimand young Sephardic men whom he saw wearing their tzitzit strings outside their pants, instead of following the time-honored Sephardic practice to tuck the tzitzit strings in one’s pants.

Rabbi Shimon Alouf, who had arrived from Israel just several days before the event, spoke about our debt of gratitude to Hacham Matloub, which we can repay by learning Torah the way Torah was learned back in Halab (Aleppo). The rabbi insisted that our yeshivot must strive to maintain the standards of the yeshivot of yesteryear, and he noted the phenomenal success of several institutions in realizing this lofty goal.

Taking Off the Hearing Aid

Hacham Matloub’s grandson, Chuck Abadi, read excerpts from a forthcoming book about his illustrious grandfather. He then spoke about the hacham’s unique character, recalling specifically his aversion to fame and honor: “As for recognition, he stubbornly resisted. He fled from honor and tribute. When a dinner was proposed to honor his years of community service, he only agreed when he heard it was part of a fundraiser for Magen David.”

He then read a few words written by other members of the rabbi’s family, describing their memories.

“Grandpa loved America,” Chuck recalled, “and said we should all respect patriotic holidays.”

Chuck proudly showed the watch that he wears which belonged to his grandfather. He concluded by displaying another precious artifact – his grandfather’s shofar.

Chuck described how Hacham Matloub loved people, and he loved teaching. His special love and devotion to all his students stemmed from his deep, genuine respect for every single individual. He was also a loving father, and had special nicknames for every one of his daughters. He loved conversing with people whom he respected, had a great sense of humor, and disliked idle chatter. Every Friday afternoon, before Shabbat, he would gather his family to drink coffee. If the conversation ever started drifting towards gossip, he removed his hearing aid and asked his family members to notify him when the conversation moved back onto a valuable subject

The final speaker was Rabbi David Tawil, who had the audience chuckling when he noted the irony of a 30-year-old rabbi speaking in honor of a rabbi’s 50th yahrtzeit, which obviously means that he never had the privilege of meeting the hacham. Nevertheless, Rabbi Tawil explained, he is full of respect and appreciation for all that Hacham Matloub did for the community, and his imprint which is felt even today.

One of the most significant aspects of the hacham’s legacy, Rabbi Tawil said, is his passionate commitment to Torah education, and specifically, educating our children according to our special traditions. Back then, such a commitment was not fashionable, and convincing parents to provide their children with a rich, Torah education according to Sephardic tradition was a formidable challenge. Hacham Matloub’s persistent emphasis on education put into motion processes that helped lead to the outstanding educational infrastructure that our community is so blessed to have today. He taught and repeatedly stressed that providing every child with a yeshiva education is the very foundation of our community, and the single most important key to its future, as Torah can continue and thrive only if children are immersed in its study already at a young age. 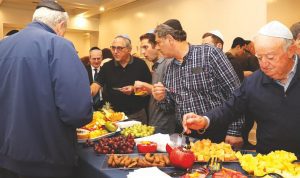 A scholar, a posek, a teacher, head of a Bet Din, and an author, Hacham Matloub Abadi bridged the gap between the old world and the needs of the modern generation, working tirelessly to transplant our rich tradition to the new realities of 20th-century America. The flourishing of our community and its religious institutions are a lasting tribute to his successful leadership, unlimited devotion, and personal piety which left an indelible mark upon the minds and hearts of all who knew him and learned from him. 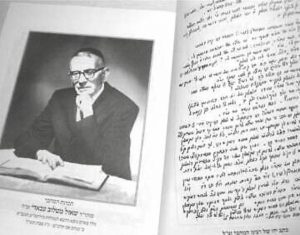 Rabbi Matloub Abadi was born in the late 19th century in Halab (Aleppo), Syria. He mastered the basic knowledge of Torah at a very early age and from his youth he was destined to be an outstanding Talmid Hacham and Torah leader. At the age of 20 he emigrated to Israel and continued his higher learning. He was a close friend and colleague of Rabbi Ezra Attieh, zt”l,  who later became a founder and life-long Rosh Yeshivah of Porat Yosef, the flagship Sephardic Yeshivah in Israel and the entire world.

In the early 20th century, Rabbi Abadi emigrated to the United States and began to form the spiritual life in the community. He immediately began teaching in the Talmud Torah in Bensonhurst and eventually became the principal. His Torah education helped create a solid foundation to many of the youth in which helped set them on the course to live a religious and traditional lifestyle. Today many of the elderly members of the community credit Rabbi Abadi for molding them to their religious background. He was also a member of the Magen David Bet Din, involving himself in resolving disputes among members of the community.

For forty years Rabbi Abadi had a loyal group of students that learned from him and followed in his ways. All of these prominent men became founders and leaders of every major community institution including synagogues, Talmud Torah, and yeshivot. The hacham guided them and assisted them behind the scenes in all major decisions in building these institutions. Many of these men are still active in community projects to this very day.