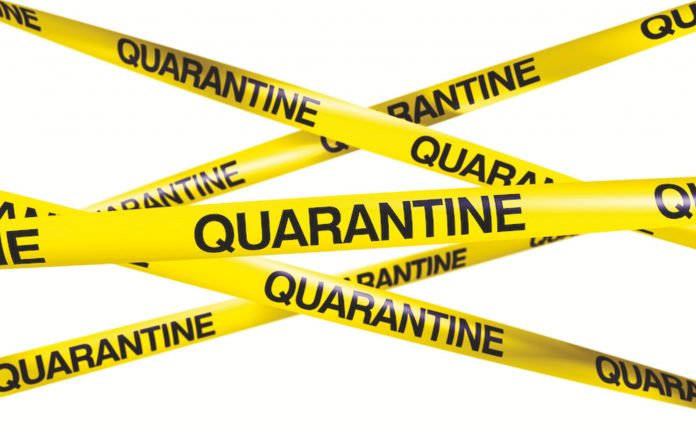 “When we are directed by doctors to wash our hands we are required to do so by Torah law.”

Coronavirus is officially a global pandemic. Suddenly we find ourselves smitten by a plague of biblical severity.

Pesach asks us to remember the ten plagues which Hashem sent against the Egyptians. With the help of the Torah we know the purpose behind these afflictions of a people. Gd had a plan. Egyptian suffering had meaning. What makes our contemporary anguish so particularly unbearable is its seeming incomprehensibility.

In the age of the prophets there would have been an effort to discern some Divine message in this global tragedy. But today we somehow assume that scientific knowledge precludes the possibility for including Hashem as part of the management of the universe. After all, who can argue with Louis Pasteur and Robert Koch who, in the latter half of the 19th century, proved the germ theory of disease – that pathogens too small to see without magnification are the true cause of illness? Germs are the villains and viruses are the sole reasons for the presence of diseases that determine whether we live or die.

And I dare to ask: Doesn’t belief in Gd demand that we merge the germ theory of disease with the conviction of faith in a Supreme Being who actually decides where, when, and how far viruses spread?

Please understand exactly what I’m saying. Rambam long ago made clear that it is our obligation to ensure our good health. We can’t simply rely on Hashem; Hashem has made us his partners in our quest for longevity. Hygiene is a mitzvah; it’s an obligation. Taking care of our bodies is a spiritual requirement akin to protecting our souls. When we are directed by doctors to wash our hands we are required to do so by Torah law.

But the ultimate decision of life or death remains, as we make clear every year on Rosh Hashanah and Yom Kippur when our fate is sealed, with the Almighty.

That is why I’m amazed that of the countless suggestions for how to counter and to cope with the coronavirus we hear so little of the word Gd and the possibility that this global pandemic brings with it a profound Divine message.

I am obviously no prophet, but here is a thought that I think is worth considering and taking to heart. Every parent knows that one of the most obvious responses to a child’s misbehavior is what is commonly known as a “timeout.” The child is restricted from enjoying pleasurable activities. The child has his normal life disrupted. The child is encouraged to reflect upon his disobedience. Is it too much to consider that as our world continues to sink ever lower in our commitment to virtue that Hashem responded with a virus that has forced millions into a “timeout” of quarantine and seclusion?

The Ten Commandments are the biblical source of the most basic system of ethical and moral behavior. They represent the primary justification for our continued existence on earth. And the commentators took note of a remarkable number. In the original Hebrew, the language in which the commandments were inscribed by Gd on the two tablets, there are exactly 620 letters.

620 would seem to be a number with no particular theological significance. It would have been perfect and readily comprehensible if there were exactly 613 letters in the Ten Commandments. Those are the numbers of mitzvot given to the Jewish people in the Torah. The Ten Commandments are the principles inherent in all of Jewish law. But what is the meaning of 620 letters? The rabbis explained. While the number of mitzvot for Jews is 613, the number seven represents universal law – what is commonly referred to as the seven laws of the descendants of Noah, required as a minimum for all of mankind. And 620, of course, is the sum of 613 and seven, the totality of Divine guidance for both Jews as well as the rest of the world.

The commentary does not end there. 620 is the gematria, the numerical value, of an important Hebrew word, keter, which means crown. A keter – a crown – is placed on top of every Torah scroll. The symbolism is obvious. The crown above the Torah demonstrates the relationship of the Ten Commandments to the rest of the Torah. From the 10 – in number of letters 620 – we have the principles which subsequently found expression in the entirety of the Torah.

The keter – the crown – is the most powerful symbol of our connection with Gd.

The word corona – as in coronavirus – comes from the Latin word for crown.

Perhaps we need to consider the world’s present affliction not just in the context of a disease caused by pathogens, but as a Divine message reminding us that we have been given our lives to invest them with meaning and virtue as defined by Hashem’s Ten Commandments.

There is a biblical parallel of quarantine that Jewish scholars viewed from a moral perspective.

The book of Vayikra describes the metzora, a person afflicted with tzara’at, a disease commonly mistranslated as leprosy. In fact, the disease is a spiritual malady, primarily caused by speaking slander about others. The metzora is someone who was, in Hebrew, motzi ra – an originator of evil talk, and he was to be quarantined, sent outside of the camp, sparing the community from his ability to infect others with his destructive gossip.

Thus, the biblical quarantine was intended not to isolate a carrier of physical disease but rather of moral turpitude.

While we hope to find a cure for the coronavirus, let us derive an ethical lesson from the ongoing misfortune. Everyone acknowledges the obvious: we dare not allow the healthy to be exposed to those who can harm them.

Isn’t this the most fundamental truth about human relationships?

Friends are assuredly good for you. In recent years, scientific research has suggested that people who have strong friendships experience less stress, recover more quickly from heart attacks, and are likely to live longer than the friendless.

But not all friends have such a salutary effect. Some lie, insult, and betray. Some give bad advice and have immoral values. Psychologists and sociologists are now calling attention to the negative health effects of bad friends.

Do not underestimate the warning of Shlomo Hamelech in his book of Proverbs: “He that walks with wise men shall be wise: but a companion of fools shall be destroyed” (Proverbs 13:20).

Perhaps the most important way in which we can help direct the path of our children’s lives is by constantly reminding them how important it is for them to not only have good friends, but friends who are good. It’s a lesson we all need to take to heart. Some people need to be quarantined before they get a chance to infect us with their diseased values.

Rabbi Benjamin Blech is the author of 19 highly acclaimed books.  A much sought after speaker, he is available as scholar-in-residence in your community. See his website at rabbibenjaminblech.com