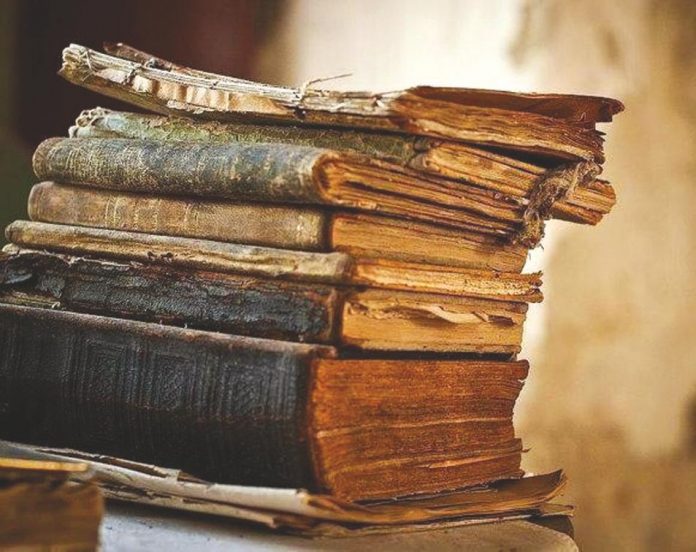 The current coronavirus pandemic is hinted to in the Torah, says Biblical scholar Rabbi Matityahu Glazerson, who discovered that this allusion can be disclosed using the “Bible Codes” system of revealing secrets concealed within the sacred text.  These codes predict major events that have taken place or will take place, even many millennia after the Torah was written.

Community Magazine contacted Rabbi Glazerson for his insights into the Biblical references to the current crisis. Before presenting the full revelation of the Bible Code, Rabbi Glazerson first  highlighted numerous news stories that point to the coronavirus outbreak originating from China’s markets – which were reported to have included everything from rats, snakes, bats, fish, to still-living wolf pups.

Rabbi Glazerson produced a video in which he lays out his thesis that the coronavirus can be found in the Torah – specifically, in a segment  from the Book of Vayikra  that speaks of the importance of refraining from the consumption of certain species which are considered “impure.” He highlighted consistent patterns of letters that appear equidistant from one another in the text – something known as the Equidistant Letter Sequence (ELS), a feature on which Bible Codes scholars heavily rely.

Suppose we eliminate all spaces in the Torah, and consider the text as one long sequence of 304,805 letters. A computer then finds hidden words, encoded at equal intervals of letters. Statisticians call this phenomenon ELS.

Rabbi Glazerson explained that in the section in Vayikra that discusses the prohibition against eating forbidden species, there is an ELS sequence of the Hebrew letters kuf, vav, resh, vav, nun and heh – the letters that spell the word “Corona.”

He also points out other highlighted ELS patterns in the same section, one of which features the letters vav, yud, resh, vav and samech: “virus.” Another consists of the letters alef, bet, resh, mem, het and yud, which spell “ever mehai – limb from the living.” This term, Rabbi Glazerson says, refers to the sin of eating the limb of a still-living animal.

In another part of the excerpt, Rabbi Glazerson highlights the letters samech, yud, nun and yud, which spell sini, or “Chinese.”

“You have it exactly in the section of the Torah that speaks of things you should not eat,” Rabbi Glazerson explained, pointing excitedly to a highlighted verse: “I separated for you the impure things, then you will be for Me a holy people.”

“It’s amazing finding this: coronavirus, China, and the limb from the living, which causes what we see now,” Glazerson concluded. 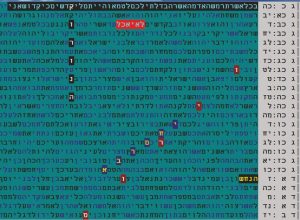 In this chart the highlighted words include: Corona (top left in black) / Virus (center in red) / Do not eat (top center in orange) / Limb from the living (center in purple) 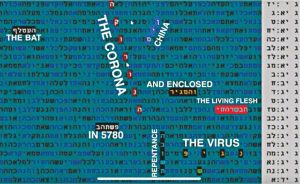 In this chart the Bible Codes confirm that the coronavirus will come from people eating bats in China in the year 5780.

The Torah contains not just the holy words passed down through Moshe, but also a myriad of subtler, and even hidden, messages.

Those hidden messages could be hints to events or people at any period in history, and over time, those messages can be revealed with the right tools and interpretative methods.

It was only in the past few decades that a new methodology was developed with the help of modern technology to search for hidden messages in the Torah through “codes.” The codes are words spelled out in patterns throughout portions of text. Those who deciphered these hidden codes claim that there are hidden messages encoded in the Hebrew text of the Torah, messages so complex that no human could possibly have embedded them.

It should thus come as no surprise that the coronavirus pandemic and its origin are alluded to in the Torah!

Charts and Insights provided by Rabbi Matityahu Glazerson. Rabbi Glazerson has written over 30 books on the Bible Codes and related subjects, including, Torah Codes: A Glimpse into the Infinite, which was co-authored by Professors Robert Haralick and Eliyahu Rips.