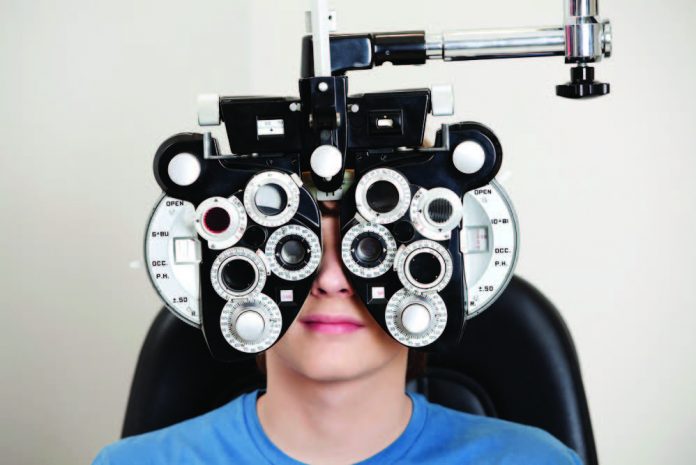 Research has shown by the year 2050 almost 50 percent of the world population will be nearsighted, almost 5 billion people! Currently, children play less than 1.5 hours each day outdoors. The average child uses some form of digital device between four-six hours per day. These factors including one or both parents wearing eyeglasses have contributed to this worldwide problem. Until recently the only solution to blurry vision was thicker stronger prescription eyeglasses. Countries around the world have done extensive studies of this epidemic. Poor vision contributes to work inefficiencies, errors, poor self-esteem, and long-term increased risk of cataracts, glaucoma, and retinal degeneration – even among all social classes and economic hierarchies. Now, there are solutions that can slow down this never-ending progression of nearsightedness. Special eyedrops used at bedtime, custom fit multifocal daily soft contacts, and nighttime sleeping contacts that relieve the child of daytime eyeglasses are all valuable well-documented methods to mitigate this worldwide problem. Ask your optometrist about these life changing proven methods to slow your child’s vision impairment between 40-60 percent! 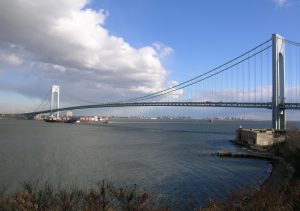 On March 1st, the Metropolitan Transportation Authority (MTA) announced the start of construction to improve traffic flow from the Verrazzano-Narrows Bridge to the eastbound Gowanus Expressway.

The project aims to reduce congestion for drivers heading into Brooklyn and Manhattan during rush hours. More than 60,000 vehicles per day pack the Verrazzano-Narrows Bridge traveling eastbound to the Gowanus Expressway.

“The project is a beneficial time-saver for commuters who travel between Staten Island and Manhattan every day and those motorists who exit at Fort Hamilton Parkway,” said Daniel DeCrescenzo, Acting President MTA Bridges and Tunnels. “Plus, the project will reduce the potential for collisions and improve the overall safety of the bridge.”

Roadway construction will last through next spring. Authorities say the project will improve the traffic flow and potentially reduce collisions by 20 percent. 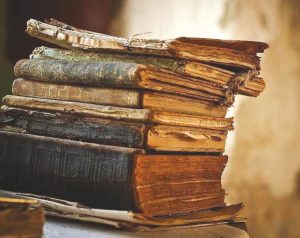 With Purim past, and Pesach cleaning present, our houses become a whirlwind of heightened excitement and activity. Spray bottles and Bounty come out of the closet and spring cleaning begins! All the clutter that was shoved away in the coat closets and drawers gets tackled full force with a garbage bag on hand. Then, the time comes to clean the kids’ schoolbags. Shoved papers, old tests, and forgotten snacks start making their way towards the garbage can.

But wait! We don’t always pay attention to what is getting thrown away. Our children have been collecting sheets that contain divrei kedusha! Holy books are not the only items part of the laws of genizah. Do we ever stop to wonder what can be thrown away and what cannot?

Keep in mind when cleaning:

The Mishna in Pirkei Avot says, “Whoever honors the Torah he himself is honored by people.” The Rambam explains that this applies to honoring the books that were written as well. Join Rabbi Joey Mizrahi by raising awareness on this very important topic. For further information and details of what should be put into genizah, call or text Rabbi Joey at 347- 598 -3215.

“License suspension has significant adverse consequences,” said Eichenstein. “Without a driver’s license a person cannot drive to work or to school or even to court to pay their fine. It’s an unfair and unjust practice that’s been going on for too long and I’m proud to be co-sponsoring Assemblywoman Hunter’s legislation.”

Currently, those who continue to drive with a suspended licenses, even unknowingly, risk criminal charges and more unaffordable fines and fees. Assemblyman Eichenstein pointed out that this is totally unnecessary and unproductive. Instead, this legislation would end traffic debt suspensions and make affordable payment plans available to help pay fees that are owed. That would considerably reduce prosecution and arrests, allowing law enforcement and the courts to focus on more serious crimes and on drivers who pose an actual danger on the roads.

This proposed legislation is gaining momentum in the State Assembly, as legislators are eager to see license suspensions curtailed.

“Let’s keep our safe and responsible drivers on the roads instead of being embroiled in needless and wasteful court appearances,” said Eichenstein. “This new legislation would represent a victory for all New York drivers.”

The SSBA program, approved by voters on November 4, 2014, authorized $2 billion to improve education in NYS public schools. School districts could earmark some of that money for classroom technology. In that case, the districts must loan devices, equal to the proportionate share of the technology items ordered, to nonpublic schools.

Thanks to five years of advocacy by the Agudah and the Committee of New York City Religious and Independent School Officials, the money was distributed equitably to children in nonpublic schools, including yeshivas.

Agudah’s advocacy began in response to the seemingly low appropriations for nonpublic school students. The New York City Department of Education originally advised that the nonpublic school allocation would be $92.60.

After researching the subject, Avrohom Weinstock, Esq., Agudath Israel’s Chief of Staff and Associate Director for Education Affairs, realized that certain school districts, including the NYC DOE, misinterpreted state guidance on the matter. The districts were not calculating funds to offset specific categories of technology items that were, in reality, included in the statute and the state’s interpretation of it.

Agudath Israel and its coalition swung into action. Mr. Weinstock penned a brief showing why the NYC DOE should provide a much higher per capita amount to nonpublic school students. Agudah met numerous times with state officials at the highest levels to correct this inequity.

As a result, the NYS Legislature allocated an additional $25 million for nonpublic school technology under SSBA. That’s a total of $201.32 per child, which is an extra $108 per child, more than double the previous allotment of $92.60! That translated into an additional $11 million for yeshivas.

Special thanks to Mr. David Rubel of the Sephardic Community Federation and the United Jewish Organizations of Williamsburg for his role in this effort.