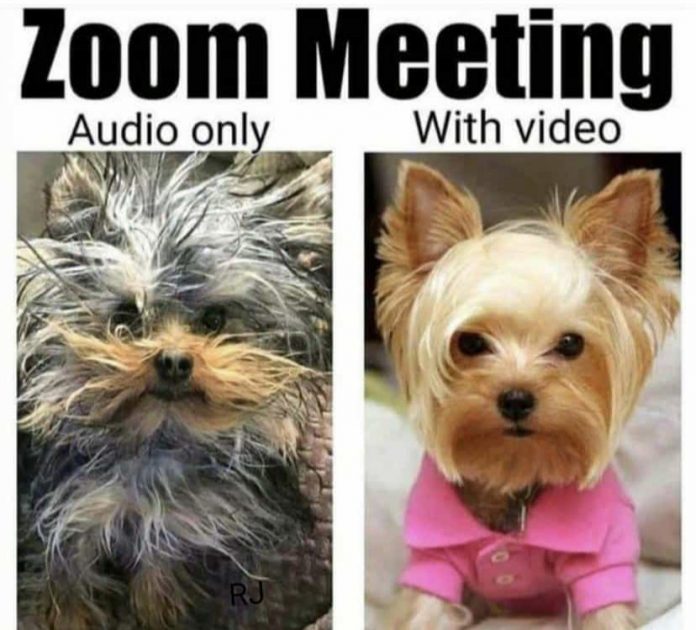 Maxine was coming over to take her grandson Abie to the park.

“Okay Abie, we’re going to the park!” said Maxine. “Go get your shoes on!”

Being only 4 years of age, Abie replied, “Okay, but will you tie them for me?”

“Sure,” Maxine said with a big smile.

Abie bolted into the next room to put on his shoes, returning with a big smile and the shoes on the wrong feet.

Looking at his shoes, Maxine smiled and said, “Abie, your shoes are on the wrong feet.”

Abie looked down, then looked back at his grandmother with a very sad face and replied, “These are the only feet I have.”

Annie, a feisty 86-year-old felt she was getting out of shape, so she got her doctor’s permission to join a fitness club and start some moderate exercising. Seeing that an aerobics class for seniors was being offered at the club, on the spur of the moment, she decided to give it a try.

Annie bent, twisted, jumped up and down, and perspired for almost an hour straight… but by the time she got her warm-up outfit on, the class was already over.

One day Rena was explaining to her young son Morris that he should never tell a lie. She told him that Hashem saw everything and heard everything.

She explained, “Even though your father and I may not know if you are telling a lie, Hashem will know.”

Little Morris replied, “But will He tell?”

Charlie puts two bagels on the counter and asks, “How much for these bagels?”

Charlie points to just one of them and asks, “How much for this one?”

An orthopedic surgeon was moving to a new office, with the help of his staff. One of the nurses sat the display skeleton in the front of her car, a bony arm across the back of the seat.

On the drive across town, she stopped at a traffic light, and the stares of the people in the neighboring car compelled her to roll down her window and yell, “I’m delivering him to my doctor’s office.”

The other driver leaned out of his window. “I hate to tell you, lady,” he said, “but I think it’s too late!”

A flight attendant on a busy New York to Tel Aviv flight nervously announced about thirty minutes after takeoff, “Ladies and Gentlemen, I don’t know how this happened, but we have 103 passengers aboard and only 40 dinners.”

When the passengers’ muttering had died down, she continued, “Anyone who is kind enough to give up their meal so someone else will be eligible for free air mile points.”

Her next announcement came an hour later. “If anyone wants to change their mind, we still have thirty-nine dinners available!”

Up, Up and Escape

Two burglars broke into a luxurious high-rise apartment building. Suddenly, as they snuck into one of the apartments, the first burglar heard a noise.

“I think someone’s coming!” he frantically whispered to his partner in crime. “Quick, let’s go out the window!”

“Are you crazy?” the second burglar said. “We’re on the thirteenth floor!!”

“Oh give me break,” the first burglar hissed back as he began opening the window, “this is no time to be superstitious!”

Mrs. Stern was worried that her three-year-old son Benny was unusually precocious, and took him to a psychiatrist.

“Right,” said the shrink, “We’ll just try a few simple tests.” To Benny, he said “Say a few words – anything that comes into your mind.”

Benny turned to his mother and asked, “Does he want logically constructed sentences or just a few random and purely isolated words?”

Friday was Shira’s day for carpool, so she picked up her daughter and her classmates to take them home. As it happened, Shira’s daughter needed new sneakers and she saw that her friend Cindy had some nice ones.

“Cindy,” Shira commented, “I see you got new sneakers! Where did you get them?”

“At the store,” Cindy replied.

“Which one?” Shira asked.

Cindy began looking at her new sneakers and after a pause said, “Both of them!”