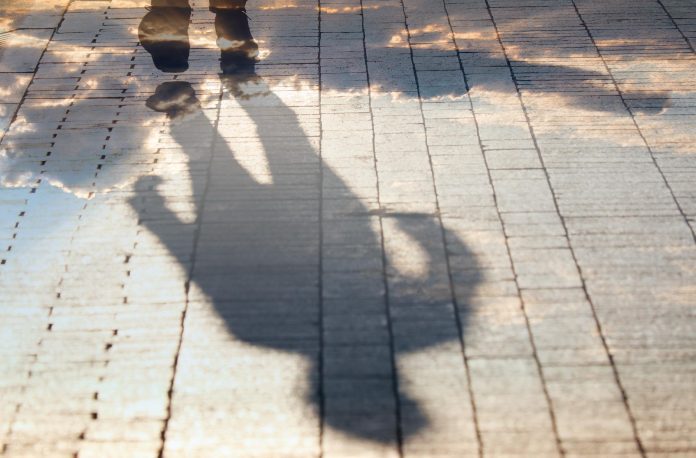 Jewish scriptures include a stunning amount of detail and predictions related to the arrival of Mashiah. This new series will examine this subject in all its aspects.

References to Mashiah abound in our daily prayers, casual conversations, rabbinic lectures, and virtually any venue where observant Jews come together.

But if we pause for a moment to ponder what Mashiah really is and what it means for us, we will likely find ourselves at a loss for an explanation.  With the freedoms and luxuries we enjoy in contemporary society, many of us naturally find it hard to feel that the Jewish Nation is actually in exile, that we are in dire need of redemption. It is not, Heaven forbid, that people intentionally oppose this belief; rather, the widespread ignorance regarding this subject has made it difficult for people to relate to, let alone hope for, the Messianic era.  This ignorance represents a serious potential pitfall since believing-in and anticipating the arrival of Mashiah, constitutes one of the thirteen fundamental principles of Jewish faith, as famously enumerated by the Rambam.[i]  Furthermore, the need for understanding the concept of Mashiah assumes even greater importance today, when many gedolim have declared that Mashiah’s arrival is imminent.

It thus behooves every Jew to have a clear sense of the meaning and significance of Mashiah, to understand what the Messianic era will be and to become clear on why we should eagerly look forward to its arrival and our long-awaited redemption.

To this end, we are proud to launch a new multi-part series that will explore this difficult yet fascinating subject in detail. Drawing from a wide range of traditional sources, this series will provide greater insight into what Mashiah’s arrival means, and help us appreciate more profoundly why this has been our nation’s most fervent and passionate prayer for nearly two millennia.

Part I: Exile Leading to Redemption

Since the Exodus from Egypt, the Jewish people have endured four exiles.[ii] The first exile, began in the aftermath of the destruction of the first Temple (422 BCE), when the Babylonian conquerors exiled us to their land (present day Iraq) for seventy years. This was immediately followed by the second exile, under the Persians and Medes, which lasted for approximately sixty years. Later, during the period of the second Temple, we suffered over a century of persecution under the rule of the Ancient Greek Empire (250-138 BCE) ending with the miracle of Hanukah when the Ancient Greeks were overthrown. The fourth exile began with the destruction of the second Temple (70 CE) at the hands of the Roman Empire and has, unfortunately, continued until this very day.

The King’s Dream, the Prophet’s Interpretation

The Book of Daniel[iii] describes at length a prophetic dream beheld by the Babylonian king Nebuchadnezzar, in which he learned of the rise and eventual downfall of these four empires.

Nebuchadnezzar saw before him a giant, frightening statue, made from a range of different materials: the head from solid gold, the arms and upper body from pure silver, the lower stomach and thigh from copper, the calves from iron, and the feet and toes from a combination of iron and earthenware. A rock suddenly appeared and struck the statue’s feet, toppling it. The statue then turned to dust and was blown away, while the rock grew into an enormous mountain, filling the entire world.

The prophet Daniel explained to the king that Hashem had shown him the four powers that would rule the world and subjugate the Jewish nation. The golden head signified the Babylonians, and the silver body symbolized the Persians and Medes. The Greeks were represented by the copper stomach and thighs, while the Romans were symbolized by the iron calves. The feet, composed of a mixture of iron and earthenware, alluded to the eventual division of the Roman Empire into two competing kingdoms, each of which would see both periods of wealth and power (iron) and periods of decline (earthenware). Ultimately, Mashiah, symbolized by the rock, will arise, overtake all the nations, and then rule over the entire world.

The commentaries[iv] explain that this split in the Roman Empire refers to the rise of Islam (around 600 CE), when much of the world broke off from the Christian Roman Empire and adopted the Islamic religion. For many years henceforth, the world at large was divided between Christian and Muslim countries, with each asserting power and supremacy over the other at different periods in history. While in some periods the Christians were more powerful, at other times the Muslim countries exerted greater power and influence. These commentaries further note[v] that in the days prior to Mashiah’s arrival there will no longer be two world powers, but rather ten ruling countries, as alluded to by the ten toes of the statue.

Accordingly, as the Abarbenel[vi] comments, Nebuchadnezzar’s prophecy foresaw that during the fourth exile – our present one – we will endure suffering at the hands of two nations: the descendants of Esav (Christians), and the descendants of Yishmael (Muslims). Both were originally united under Roman rule and destroyed the second Temple, but later, with the rise of Islam, they split into two kingdoms, both of which have ruled over and oppressed Jews at different points throughout this long, bitter exile.

The Longest and Harshest Exile

As he identified the iron in the statue as representing the Roman Empire, Daniel explained that iron, the strongest of all metals, symbolizes the great strength that this nation will possess. Indeed, as the Ramban comments[vii], the Roman Empire was the strongest empire in history, and its six hundred years of power far exceed the length of any other nation’s period of world dominion

The Jews’ suffering during this fourth exile has likewise far surpassed anything we have endured previously, in both length and intensity.  This exile has already lasted for nearly two thousand years, during which time untold numbers of Jews have been killed, tortured or expelled from their lands.  During the 52 year period from the Temple’s destruction through the fall of Beitar alone, the Romans slaughtered millions upon millions of Jews.  The Roman Empire was relentless in its opposition to Jewish study and practice, banning Torah study and executing the ten greatest Torah scholars of the time – the asara haruge malchut. This unfortunate pattern of persecution has continued, in one form or another, almost unabated throughout the centuries of exile.

Some five centuries ago, Rabbi Haim Vital, zt”l[viii], predicted that in the days preceding Mashiah’s arrival the Jews will endure unimaginable suffering under the Arabs, worse than anything they had suffered previously. The ruthless oppression of Rome and the vicious bloodshed of the Arab nations combine to make this fourth exile far more bitter and painful than the previous three.

What is the source of these nations’ strength, and why were they granted the ability to inflict so much more harm upon us than other hostile nations?

The Spiritual Strength of Esav and Yishmael

The fourth exile under the Romans is known as Galut Edom[ix], as the original pioneers of the city of Rome descended from Esav, who is also known as “Edom.”[x] (Esav and his children settled in a land bordering Eress Yisrael which they called Edom[xi], but eventually some of his descendants left and became the pioneers of Rome.[xii])

Rome draws its spiritual strength from its forefather, Esav. The Midrash[xiii] comments that after Yaakov received the blessings that Yizhak had intended to confer upon Esav, Yizhak told Esav that if Yaakov or his children would sin, they would come under his dominion. Indeed, the Talmud[xiv] teaches that when King Shelomo (Solomon) married the Egyptian princess, who brought with her music that was used in idol worship, Gd dispatched the angel Gavriel to form the ground upon which Rome was eventually built. And later, when King Yeravam built two houses of idol worship in Eress Yisrael, the first settlements were built in Rome.[xv] (This account is consistent with archeological findings.  The earliest traces of settlement in Rome date back to the 10th Century BCE[xvi], coinciding with the 21 year reign of Yeravam from 922 to 901 BCE[xvii].) With time, Rome grew and drew strength from the sins of the Jewish Nation, to the point where they succeeded in occupying Eress Yisrael, destroying the Temple, persecuting and exiling many of the Jews.[xviii]

The Arab Muslims, who identify themselves as the descendants of Ishmael (the son of Avraham and Hagar), receive their spiritual strength from their forefather, Yishmael. For one thing, as the Midrash[xix] observes, Yishmael is the only nation besides Yisrael whose name incorporates the Name of Gd (“Yishma-EL”). Others note that Yishmael is the only one besides Am Yisrael to whom the Torah refers with the term “adam”[xx], because he was a child of Avraham and underwent circumcision.[xxi] (Even today, Muslim boys undergo circumcision.) The Ramban[xxii] points to yet another source of Yishmael’s strength, namely, the suffering his mother endured while serving in the tent of Sarah. As Sarah had been unable to conceive, she had Avraham marry Hagar, her maidservant, who conceived immediately. Hagar’s pregnancy led her to feel superior to Sarah, and she began treating her mistress disrespectfully. Sarah, with Avraham’s consent, responded by imposing difficult labor upon her maidservant, to remind Hagar of her place in the household. As a result however, Hagar’s descendants would later bring intolerable pain and suffering upon Sarah’s offspring.

All these factors contribute to the spiritual strength that enables radical Muslims to oppress the Jewish people to the extent that they do today.

Moreover, the very fact that the nations of Edom and Yishmael descend from our great patriarchs, Avraham and Yizhak, serves as a source of power and spiritual strength.  These sacred roots, which are unique to Esav and Yishmael, endow these nations with the capacity to inflict far more harm than other gentile peoples.

In view of their great spiritual powers, there is even a greater urgency for the final redemption than ever before. Only by Hashem through his messenger – Mashiah, can we emerge completely from this endless persecution.

The Midrash teaches[xxiii] that when Yaakov Avinu dreamt his famous dream of the ladder, he was shown the ministering angels of these four empires that would subjugate his descendants. He saw the Babylonian angel ascend seventy rungs of the ladder towards heaven and then descend, the Persian/Mede angel ascend fifty-two rungs and descend, and the Greek angel ascend one hundred and eighty rungs and descend. The number of rungs each angel ascended corresponds with the number of years they oppressed the Jews. The Roman angel, however, ascended to the heavens without ever returning, symbolic of the seemingly endless Roman exile.

This does not mean, of course, that this exile will never end.  The commentators explained that this exile, unlike the previous three, will not end on its own; it is contingent upon the Jewish people’s atonement .  Only through our wholehearted repentance[xxiv] will Hashem send us Mashiah and bring a permanent end to this long period of suffering.

There are many who feel that our situation today cannot be compared with the past 1,900 years of exile. After the Holocaust and the founding of the State of Israel in 1948, Jews in most parts of the world no longer suffer the kind of persecution we’ve endured in the past, and anti-Semitism has become unacceptable in many parts of the world. The freedoms of the democratic world allow us to practice our religion, engage in all professions and trades, and enjoy comforts that were never available to us in the past.  And a large percentage of Jews have returned to Israel and rebuilt the land to an extent that has not been seen since the destruction of the second Temple.

In next month’s column we will discuss the Period Immediately Preceding Mashiah.

[i]Commentary to the Mishna, introduction to Masechet Sanhedrin, chapter 11.