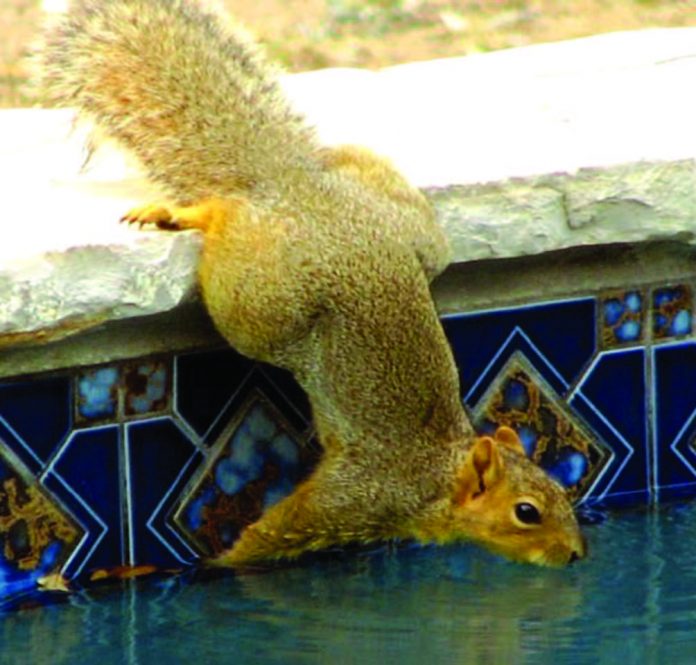 Morris entered a stationery store and asked the clerk for a ”birthday/anniversary card.”

The clerk replied, “We have birthday cards and we have anniversary cards. Why not take one of each?”

Morris said, “You don’t understand. I need a card that covers both events. You see, we’re celebrating the fifth anniversary of my wife’s forty-fifth birthday.”

Early one evening David scuttled out to his garage and pulled the lawn furniture out from the garage onto the driveway. Shortly after followed the lawn mower, a few gardening tools, and a bicycle.

A curious neighbor wandered over and asked if he was going to have a garage sale.

“No,” replied David, “my son just bought his first car and right now he’s getting ready to take it for a spin.”

“So what’s with all the stuff?” asked the neighbor.

“Well, after years of moving tricycles, toys, and sports equipment out of the way every time I came home from work I wanted to make sure the driveway was ready for him.”

The Next Best Thing

Morty, an account executive in a large company, was planning a trip to the home office. Very rigid about his exercise schedule, he wanted to find a hotel with an exercise facility. Morty called several hotels asking if they had a weight room, but they all answered, “No.” Finally, after much searching, he found one that sounded accommodating. After checking with her manager, the front desk clerk at the nearby Lakeside Inn replied, “While we don’t exactly have a dedicated weight room… we do have a lobby that you can wait in.”

Daniel bumped into somebody on the street who looked like his old friend Jack.

“Jack,” he said, “you’ve put on weight and your hair has turned gray. You seem a few inches shorter than I recall and your cheeks are puffy. Plus, you’re walking differently and even sound different. Jack, what happened to you?”

“Excuse me, sir,” the other gentleman replied, looking quite annoyed. He then turned his back on Daniel and began walking away.

Turning around the other gentleman responded irritably, “My name is not Jack!”

“Wow!” Daniel said as he paused for a moment. “You even changed your name.”

It was September, and miracle of miracles, schools opened again.

Shira showed up at school with her four kids, aged 12 to six. The youngest one, Shlomo, was starting first grade.

Rabbi Lipshitz, the school principal, asked Shira what she was going to do all day now that all of her kids would be back in school.

Mr. Mandel, the owner of Kosher City, a local grocery store reached out to one of his larger volume customers. “Thank you, Mr. Markewitz, for shopping at my store. I wish I had twenty customers like you.”

“Wow, it’s nice to hear that, but I’m kind of surprised,” admitted Mr. Markewitz. “You know that I argue about every bill and always return a bunch of items.”

A Congressman visiting Washington, DC decided that it would be a good idea to wear casual clothes and take the bus to the Capitol Building instead of his car, so that he could see how the working people get around the city. Unfamiliar with the public transportation system, he spotted a police officer and asked for directions.

“Excuse me, officer,” he said, “how do I get to the Capitol Building?”

“Simple, just wait here at this bus stop for the number 34 bus,” the officer replied. “It’ll take you right there.” The Congressman thanked him and the officer drove off.

Three hours later, the police officer was cruising the same area and, to his surprise, the man he gave directions to earlier was still waiting at the same bus stop.

The officer got out of his car and said, “Excuse me, but didn’t I explain that to get to the Capitol Building you should take the number 34 bus?”

“But that was three hours ago!” the policeman exclaimed, “Why are you still here?”

“Don’t worry, officer,” the Congressman calmly reassured him, “it won’t be long now… the 29th bus just went by!”

Last year Chaim had a large company fly him out for a meeting. It was his first time in business class.

During the return flight the stewardess gave Chaim some gourmet brownies and cookies. Not hungry, he decided to save them for later, so he placed them in an air sickness bag.

After the plane landed Chaim got up to leave and a stewardess approached him. She asked, “Sir, would you like for me to dispose of that for you?”

Chaim replied, “No thanks, I’m saving it for my kids!”

A Taste of Home

Although they were being married in New Hampshire, Melissa wanted to add a touch of her home state, Kansas, to the wedding. Her fiancée, explaining this to a friend, said that they were planning to give guests wheat, rather than rice, to throw after the ceremony.

The friend thought for a moment and then said solemnly, “It’s a good thing she’s not from Idaho.”

After trying to prepare his will on his own without success, Milton decided to consult with a lawyer. He sat down in the posh uptown office and said, “I need to make a will to distribute my wealth after I die, but I don’t know exactly how to go about it.”

“Not to worry,” said the lawyer. “This is a difficult decision for many people. Just relax and leave everything to me.”

Seeing that his answer had the opposite effect on Milton, who was looking very disturbed now, the lawyer asked, “Is everything okay?”

Milton responded, “Well, I knew you were going to take the biggest slice, but I’d like to leave something for my children, too!”

Two tomatoes were crossing the street when suddenly a car came and smashed one tomato. The other tomato turned around and said, “Come on, ketchup!”