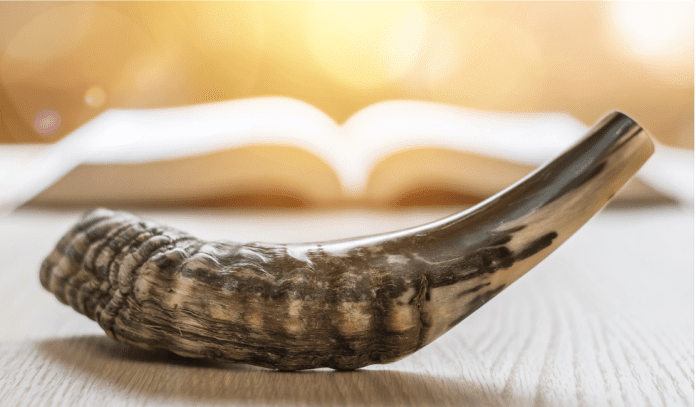 Tishrei is called yerah ha’etanim – the month of the mighty. How can we tap into that awesome reservoir of power in order to better serve our purpose in This World?

As we all prepare for the High Holy Days, we get inspired by classes we hear, or by learning from some of the many sefarim that were written about them. Certainly, we increase our misvot, both in quantity and quality. We recite the selihot in order to awaken feelings of teshubah. We introspect on the past year and resolve to do better. These are all wonderful things, and they serve to put us in the proper frame of mind as we approach this crucial point of the year. But all of that can be compared to honing a tool preparatory to its use. Once the tool is sharp it must be used, or all that preparation will go to waste. We would do well to not only get inspired, but to enter Rosh Hashana with a concrete and long-term plan for success.

As we know, in the Torah everything is interconnected. The day, the year, our lives, indeed the entirety of history all combine to patterns within patterns. Each point not only serves its intended purpose but connects to the other points in order to create the larger picture. In this way, every piece of creation, every moment in time, is pointed toward the ultimate goal – increasing awareness in the world of the greatness of Hashem. Let us examine one small piece of that pattern.

It’s no accident that we have three separate holidays all in one month. Rosh Hashana, Yom Kippur, and Sukkot are connected with each other to form the identity of The Month of the Mighty. To a certain degree, they are like one holiday. In addition, each of these three holidays has three major components, which all lead to each other. Let’s unpack that.

Rosh Hashana is the day when Hashem completed the creation of the world. It was the day of Adam Harishon’s creation: the jewel in the crown that is Olam Hazeh. This theme is reflected throughout the prayers of the day. Another major point, and one connected to the first, is that this is the day when we acknowledge Hashem’s rule over us. Before there were humans, there was no one to recognize our King, so the day of Man’s creation is also the day Hashem became King of the world.

The third, and most recognized, theme of Rosh Hashana is that it is the Yom Hadin. Commonly called a day of Heavenly judgment, a more accurate description is a day of accounting. Just as a business owner will periodically look over his inventory to see which products are performing up to expectation and which need to be improved, so does Hashem look over our year that passed and judge how well we have utilized the opportunities and resources that He provided us with.

These three themes are in reality three stages of one overall theme, as follows. In every action that is taken, there are three stages: thought, speech, and action. If someone wants to build a building, he first has the idea of the building and the purpose it will serve. He then puts that idea into words or drawings, in order to set the details clearly and the steps needed to achieve his vision. The final stage is to execute those plans, bringing his original thought into reality. The creative idea is a limitless and expansive vision, while the setting down into details is of necessity a limiting and defining step, focusing the vision into something practical. After being defined clearly, only then can the vision become reality. If any of these three steps are missing, the desired result will not come to pass. This process is true with regards to anything that is accomplished in the world and can also be applied to the three major themes of Rosh Hashana. The core idea: the ultimate goal is that Hashem is the acknowledged Ruler of all creation. For that to happen, there must be a creation that can acknowledge Him, as well as an accounting of that creation to be sure that it is achieving its purpose. So, we have 1) Hashem as King (thought), 2) accounting of the world (speech), and 3) creation of the world (action). These are the three themes of Rosh Hashana, woven into one.

We find three major parts to Yom Hakippurim as well. The most obvious is in its name – the Day of Atonement. It’s when we are cleansed of all the mistakes we have made over the past year. Our souls are purified, and we are enabled to go out and serve Hashem without the past dragging us down.

The third, and often overlooked aspect of this day, is the giving of the Torah. Yom Kippur was the day that Moshe came down the mountain with the Second Luhot. The Tablets that were actually placed in the Ark in the Beit Hamikdash were given on this day. This was the culmination of the process begun four months prior, on Shavuot. So, again we have three themes, and they reflect the three of Rosh Hashana. 1) Hashem is the King of the world, so we spend an entire day serving and connecting to Him as such. 2) After the accounting of Rosh Hashana, when Hashem decides who will be able to continue serving Him, we come to the cleansing of Yom Kippur in order to prepare for and facilitate that service. 3) The creation of the world is only the beginning. The Torah gives detailed instructions on how to interact with that world, and how to serve Hashem thereby.

So, we see how themes of Yom Kippur are not only connected to those of Rosh Hashana, they are the details and focus of the vision that was expressed on that day. Yom Kippur is the “speech” to the “thought” of Rosh Hashana. 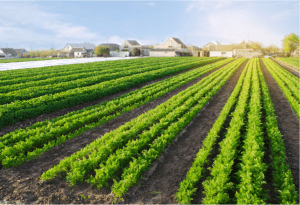 And now we come to Sukkot. Among the many names for this holiday is Hag Ha’asif­ – the Holiday of the Harvest. This is not a mundane harvest festival such as can be found on many farms, but rather is a time to actualize and gather in the results of all the hard work put in previously. It is the ‘action’ that comes after the thought and the speech. Let’s take a look.

Sukkot is the time when we leave our world and step into Hashem’s reality. It’s the time to actualize our trust in Him – shown by living in the sukkah. We don’t just talk about believing in Him, we take the action that is dictated by that belief. After declaring Hashem’s kingship on Rosh Hashana and connecting with Him on Yom Kippur, we take the next step of acting on that fact.

The second part, where Hashem weighs our actions then cleanses our mistakes, is reflected in what the hachamim call the “first day of the accounting of sins.” Sukkot is the first day after Yom Kippur that “counts” toward the year’s (hopefully limited) collection of mistakes. The four intervening days are designated for gearing up for the year’s work in service to Hashem.

The final portion of the theme of the High Holy Days is the “action” – the creation of the world and the giving of the Torah. This is expressed on Sukkot in how we pray for the sustenance of the entire world on this holiday. Both with the lulav and etrog, and the seventy bulls brought in the Beit Hamikdash, the rain, symbolizing the outpouring of Heavenly sustenance, is released.

What It Means for Us

What we see through all this is a clear and focused pattern of Hashem declaring His kingship and expecting us to take action to make that a reality. We can follow this same pattern in our own approach to these holy days. Instead of the generic “New Year’s resolutions,” we can come in with a plan. Each of us has his or her place in Hashem’s world, discernable by our unique talents and abilities. Rosh Hashana is a time to focus on those and dedicate them to serving Hashem as He wants. On Yom Kippur, when the errors of the past are wiped away, we can clearly see the best way to use those talents and resources for their intended purpose. And Sukkot, where plans become reality, is when we begin to implement those plans. In this way, when we come to Rosh Hashana 5782, it will be with the taste of this year’s inspiration still fresh, allowing us to build further still.