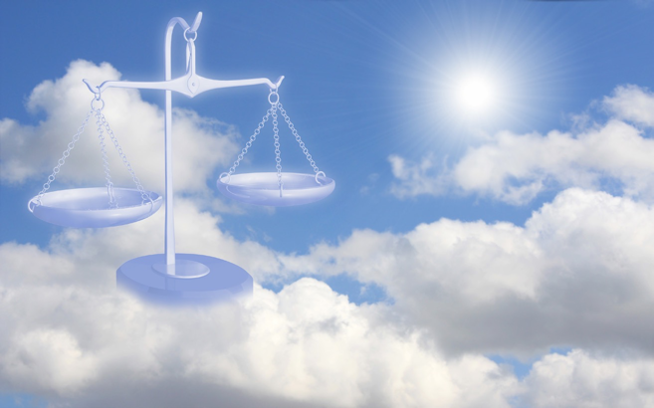 When a person is brought to court, he will make sure to hire the best lawyer he can afford, the one who will plead his case most effectively.

As we stand trial on Yom Kippur, we don’t need to hire a lawyer.  We already have one – the best possible lawyer, who is far better than any lawyer we could possibly hire, no matter how much money we have.

Gd Himself is our lawyer.  But only if we let Him do the job.

The Bottom of the Barrel

To understand how this works, let us review a famous – and remarkable – story told by the Gemara, in Masechet Avodah Zarah.

The protagonist is a man named Elazar ben Dordaya, who was addicted to sin.  Specifically, he was addicted to sins of lust.  Apparently, he was very wealthy, because he was able to visit every woman of ill repute whom he heard of – and he did.  He spent his entire life submerged in the abyss of sin, pursuing forbidden pleasures.

Once, Elazar heard of a certain woman in a distant land who charged an exorbitant fee for her services.  He took a stash of gold coins and set sail to visit her – determined as he was not to miss any new opportunity to indulge in illicit conduct.

Something very unusual happened while he was with this woman: she remarked to him that he was never going to repent, that he was stuck in his sinful life, forever.

Can anything be stranger than this?  A woman with the most disreputable profession in the world suddenly turned into a rabbi…warning a customer of the real danger of falling into spiritual oblivion.

Stranger yet – this woman was more successful in inspiring change than many (most?) rabbis.  Elazar immediately ran from her home, and repented.  He wept bitterly, regretting his lifelong pursuit of forbidden lust.  He felt such pain over his depraved conduct that his soul departed.  He died.  A heavenly voice then announced that Elazar had earned a share in Gan Eden.

There are many things to learn from this startling story.  But perhaps the most important thing to learn is hinted to in the protagonist’s name: Elazar ben Dordaya.  As one commentator noted, the word “Dordaya” means sediment, the undesirable solid pieces that collect at the bottom of a barrel of wine.  This is what Elazar ben Dordaya was.  He was the “bottom of the barrel.”  He was the lowliest of sinners.  He was a disgrace, an embarrassment to the Jewish people, to his family, and, perhaps most importantly, to himself.  He was “sediment,” utter filth.

How else can we explain a woman of ill repute inspiring her customer to repent?  How does this make any sense, unless we realize that Gd intervened to help His beloved child, Elazar, who had sunken to the bottom of the barrel, inspiring this woman to make a comment that would change his heart?

This is the critical message of this story – that Gd helps even those in the bottom of the barrel.

Gd Believes in All of Us

Let’s take a moment to understand and appreciate the full significance of this message, and how it gives us an entirely different perspective on Gd’s relationship to us than the perspective that many people have.

Our sages teach, “Yisrael, af al pi shehata, Yisrael hu – A Jew, even though he has sinned, is a Jew.”  Deep within the soul of every Jew, no matter what he has done and how he currently acts, is a sacred spark waiting to be ignited.  Even Elazar ben Dordaya was precious and beloved by Gd.  Even after all the sins he had committed, Gd did not give up on him.  Gd believed in him, because Gd knows that there is a holy spark within every person.

Our sages speak of sin as the product of a temporary state of insanity.  Our true desire is to follow Gd’s will, to obey His commands, to live a life of religious devotion.  This is what we really want.  We falter because of external factors – such as distraction, negative influences, and our physical impulses.  We are capable of overcoming all these hurdles, but it’s difficult.  Doing what we really want to do is oftentimes challenging, but these challenges don’t change the fact that what we really want to do is the right thing, what Gd wants us to do.

This is why Gd is willing to lift up even Elazar ben Dordaya, even those who have fallen to the “bottom of the barrel” – because He believes in all His children, even those at the very bottom.  Even they have a sacred soul which years to cling to Gd.  Even they truly and deeply want to live the right way.

On Yom Kippur, when we stand trial, Gd comes to our defense.  The prosecuting angels stand before the Heavenly Tribunal well-equipped with the incontrovertible, incriminating evidence against us.  They gleefully play the video reels of all we have done wrong.  The proof is undeniable.  We are guilty.  But Gd Himself arises as our advocate, telling the court that the video tells only a small part of the story.  The real story is what’s inside the heart of the Jew.  And deep inside, his heart is pure.  He truly and genuinely wants to serve his Creator.  He wants to live a sacred life, a life of Torah and mitzvot.  This cannot be caught on video, but Gd, who created us, knows what’s inside our hearts.  And as the creator of the world, He knows just how difficult this world is, just how many challenges, distractions, lures, and temptations we face each and every day.

This is Gd’s defense for His beloved nation, the way He silences the prosecutors and undermines their whole case against us.

But in order for this work, we must do our part.

Let Gd Do His Job!

One of the highlights of the Yom Kippur prayer service is the chanting of the beautiful Adir Vena’or hymn, in which we proclaim many different praises of Gd.  In one passage in this inspirational prayer, we declare, “Goleh amukot, dover tzedakot – Revealer of the concealed, Speaker of righteousness.”

It has been suggested that this sentence holds one of the most important keys to a successful Yom Kippur.

On this day, Gd is “goleh amukot” – He reveals the hidden spark of holiness buried deep within the soul of every Jew, even of the likes of Elazar ben Dordaya.  But He can do this only if “dover tzedakot” – if the Jew whom He is defending speaks “righteously.”

Imagine the scene in the Heavenly Tribunal as the prosecuting angel shows the court the video of a person’s sins, and then Gd rises to his defense, pointing to the hidden greatness within the person.  But then the prosecuting angel takes the floor once again, and strikes down this defense.  The angel shows that this person himself does not believe in the hidden greatness within every Jew.  After all, he regularly, or even just occasionally, points out the faults of other people.  He doesn’t defend people by looking for their hidden greatness.  He angrily or disdainfully criticizes them, complains about them, and gossips about them.  He’s not interested in probing people’s characters to uncover the spark of sanctity and greatness deep within.  So why should his own spark matter?  If he doesn’t see the hidden greatness in others, then his own hidden greatness is not seen, either.

If we speak lashon hara (negative speech) about other people, or if we look down on others, rather than judging them favorably, finding the spark of greatness within their beings, then our “Lawyer” cannot do His job for us on Yom Kippur.  He cannot advocate for us with an argument which we ourselves do not subscribe to.  He cannot draw the court’s attention to our innate greatness if we pay no attention to the innate greatness of other people.

All year round, but especially during this period of the High Holidays, it is so critically important to judge people favorably, to come to their defense, to take note of their good qualities instead of focusing on their faults and their mistakes.  It is safe to assume that nobody in our lives has fallen to the “bottom of the barrel,” to the level of sinfulness reached by Elazar ben Dordaya.  If Hashem saw the spark of holiness within his soul, we can certainly see the spark of holiness within the soul of all our fellow Jews, no matter what faults they have, no matter what we might think of their level of religious observance, no matter what we might think of their behavior and their personalities.  All people have a spark of greatness – and we have to believe in them, and find that spark.

If we can do this, then Hashem will continue believing in us, despite our many failings, and help us ignite our inner spark so that during this coming year, we become the great people whom we are capable of being, and whom we truly and sincerely want to become.