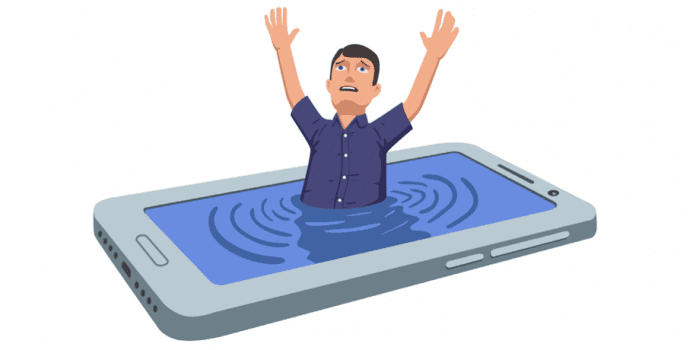 The Torah is the blueprint for living a proper religious life.  But in Parashat Noah, we find a much different kind of blueprint – the blueprint of Noah’s ark.

The Torah is surprisingly specific in telling us about this structure, which housed Noah, his wife, his sons, his daughters-in-law, and all the creatures while Gd destroyed the earth which had been corrupted.  It finds it necessary to tell us its precise dimensions – that it was 300 amot (cubits) long, 50 amot wide, and 30 amot high.

Why do we need to know the ark’s dimensions?  Would the story have been any different if it were 350 amot long, instead of 300?

Another curious detail is the fact that the floodwaters rose 15 amot above the mountains.  This point, too, seems to be nothing more than a trivial statistic, which does not appear to enhance our understanding of the Flood, or of its message for our lives.

The first clue to uncovering the meaning of these figures is an observation made by the Keli Yakar (Rav Shlomo Efrayim Luntschitz, Prague, 1550-1619).  He noted that throughout the story of the Flood, the number 15 is prominent.  The surface area of the ark’s interior was 15,000 amot (300 X 50).  The ark was 30 amot tall, but it had three different floors, such that each floor consisted of a space of 150,000 amot (300 X 50 X 10).  As mentioned earlier, the water rose 15 amot over the mountaintops.  And, the Torah mentions that after the rain stopped falling, the waters gradually receded over the course of 150 days.  Once again, we find the number 15 being mentioned.

Marriage and the Shechinah

This enigma is solved for us by one of the great Kabbalists, Rav Natan Neta Spira (Poland, 1585-1633), in his famous work Megaleh Amukot, where he draws a fascinating connection between the story of the Flood and a famous passage in the Gemara relevant to our most sacred institution – marriage.

The Gemara (Sotah 17a) observes that the Hebrew words ish (man) and ishah (woman) are quite similar.  Both consist of the letters alef and shin.  The difference between these words is the third letter – the word ish contains the letter yod, and the word ishah contains the letter heh.  When a husband and wife are loyally and devotedly bonded, then the yod of the word ish connects with the heh of ishah to form the Name of Gd, as yod and heh spell one of the divine Names.  This signifies the blessing of the Shechinah, the Divine Presence, which rests among them.

But if the husband and wife are not bound together by mutual commitment, then the Shechinah departs the home.  The yod and the heh leave, and only the letters alef and shin remain – which form the word esh – fire.  Once the Shechinah departs, the home is consumed by the fire of strife and discord, Heaven forbid.

The generation of the Flood, the Megaleh Amukot writes, was plagued by immorality, by a complete breakdown of the bond of marriage, of the family.  Husbands and wives were not loyal to one another.

And so the yod and the heh, the Divine Presence, departed from the world, leaving behind “esh.”  Tradition teaches that the waters which flooded the earth were boiling.  The earth was not just flooded, but burned.  Once the yod and heh departed, and the “esh” it left behind consumed the earth.

This explains why the number 15 plays such a prominent role, and receives such emphasis, in the story of the Flood.  The gematria (numerical value) of the letter yod is 10, and of heh is 5 – for a sum of 15.  The Flood occurred because of the breakdown of marriage, because of the dissolution of the marital bond.  This resulted in the Shechinah’s departure – represented by the number 15 – and the eruption of a destructive “fire,” in the form of the scalding floodwaters which consumed the earth.

The Faithfulness of the Dove

This explains a number of other mysteries that we encounter when reading the story of the Flood.

First, it explains why it was specifically a dove that Noah sent from the ark to determine whether the earth had dried and become once again inhabitable.  Of all species in the world, Noah chose a dove.  The reason, as some have explained, is that the dove is the symbol of marital fidelity.  The Midrash (Shir Hashirim Rabbah) teaches that once a male and female dove mate, they never mate with anyone else.  Noah understood that in order to rebuild the world following the Flood, mankind must commit itself to loyalty and devotion in marriage, symbolized by the dove.  And so he chose specifically a dove as the creature that would deliver the message that the floodwaters had subsided, that the time had come to build a new, better society.

Additionally, this explains an otherwise peculiar word added by the Torah in describing the exiting of the ark.  The Torah writes that Noah, his sons and daughters-in-law, and all the creatures left the ark “lemishpehotehem – by their families” (Beresheet 8:19).  Life in the world was renewed with a firm commitment to build strong families.  The world was destroyed because of the breakdown of the family; it needed to be rebuilt through a devotion to family, to loyalty and devotion.

As we know, the letters yod and heh are only the first two letters of the Divine Name.  The full Name consists also of another pair of letters – vav and heh.

We must wonder, then, how does a couple complete Gd’s Name?  As we have seen, the marital bond brings together the yod and the heh.  But what about the other two letters?  How do a husband and wife complete the process of bringing the Shechinah into their homes and into their lives?

The Rabbis pointed to a number of aspects of the Jewish wedding as symbols of this process.

First, the groom gives the bride a small object of value – usually, of course, a ring – as an expression of his devotion.  The hand has five fingers, and so the groom’s hand which gives the ring, and the bride’s hand which receives it, represent the two heh’s in the Name.  The groom’s outstretched arm resembles the vav, and the small ring symbolizes the yod, the smallest letter.  This act of giving completes the Name – because a husband and wife bring the Shechinah into their lives through giving, through self-sacrifice, by devoting themselves to one another.

There is also another way to complete the Name.

The Arizal (Rav Yitzhak Luria, 1534-1572) taught that a married couple completes the Name by begetting children.  Halachah follows the view of Bet Hillel that although a couple should produce as many children as they can, the minimum requirement is fulfilled by begetting one boy and one girl.  (It goes without saying that a couple’s obligation is to try to produce children; the success of these efforts, as we know, depends solely on Gd’s assistance.)  In Kabbalistic teaching, the male is associated with the letter vav, and the female, with the letter heh.  Thus, the bond between the husband and wife forms the first letters of Gd’s Name – the yod and heh – and their fulfillment of the command of procreation forms the final letters – the vav and the heh, thereby completing the Name.

The way we bring Gd’s presence into our lives, then, is through a commitment to family, through a marriage characterized by giving and kindness, and through begetting and raising children.  When we build a strong family unit, the Shechinah resides among us in our homes, and we are then able to receive the countless blessings that the Divine Presence brings.

After Noah and his family left the ark, Gd famously promised that He would never again destroy the earth, that He would instead patiently wait for us to correct our behavior without requiring the annihilation of the world as occurred in Noah’s time.

However, although Gd will never again bring a “flood,” mankind is capable of destroying itself, by repeating the mistake of the generation of the Flood.

Unfortunately, we see this happening in our time.  The world is “flooded” by the breakdown of marriage and family.  Many people today are not interested in entering into a committed relationship, and many couples who do are not interested in begetting children.  And even among those who do marry and produce children, the endless distractions of modern life are disrupting family life.  Couples are looking at their devices instead of talking to one another and nurturing their relationship.  Parents and children spend time in front of screens instead of spending time with one another.  People expend time and energy creating fake “relationships” on social media rather than building real, meaningful relationships within the family.  And, of course, our society’s culture of immorality and permissiveness discourages the commitment between husband and wife which forms the bedrock of the family unit.

As this “deluge” of immorality floods the earth, let us, observant Jewry, build the “ark” that will save humanity from itself.  Let us lead by example, by building beautiful, happy homes, by investing time in our spouses, in our children, and in our other family members – by taking our eyes off our screens and directing them towards the people we love.  Let us show that true happiness, contentment,  and fulfillment is achieved not through permissiveness and a lack of boundaries, but to the contrary, through the hard work and commitment required to build a beautiful, loving family.