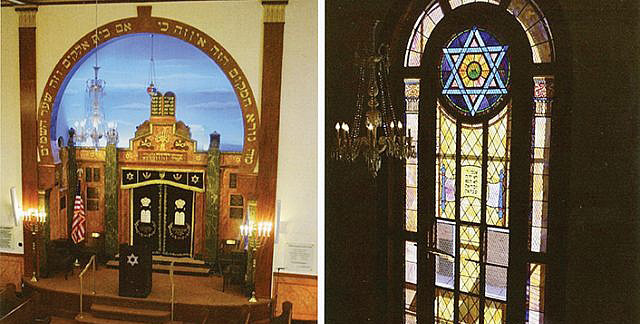 Last month, Magen David Yeshivah HS treated their “9th grade scholar students” to a tour of Magen David Synagogue of 67th street in Bensonhurst. As part of the 9th grade scholars seminar, the students got to explore their place within the larger community. Mr. Eddie Ashkenazi, alumnus of Magen David High School, highlighted the history of our community’s move to Brooklyn and the struggles and successes the community faced. The students spent the afternoon discussing our 100-year history in Brooklyn and the community’s core values, which include learning Torah and giving charity.

Council members Chaim Deutsch and Kalman Yeger, Assembly member Simcha Eichenstein, and State Sen. Simcha Felder, all of whom represent Southern Brooklyn districts, sent a letter to the Departments of Environmental Protection and Transportation calling for the immediate fixing of conditions that led to flooding in Borough Park and Flatbush. “The safety hazard this poses to children, seniors, and individuals with disabilities is of great concern. The approaching winter weather will quickly turn rain and snow to dangerous black ice. While the drainage system throughout our districts is undoubtedly in dire need of updating, the most heavily affected areas must be addressed quickly,” the lawmakers wrote.

What does Dirshu do to celebrate the tremendous milestone of completing an entire helek of Mishnah Berurah during an era of Corona restrictions?

They do things the way Dirshu always does things! They work with the circumstances in a way that is sensitive to public health and government regulations while simultaneously going out of their way to convey their admiration for lomdei Torah and give hizuk.

Throughout the ups and downs of the global, terrible pandemic, which brought the world to a standstill, Dirshu learners and test takers continued unabated. Often, learning was done by phone or Zoom and in each locale, tests were taken in various innovative ways and venues. “In fact,” said Dirshu hanhalah member Rabbi Shlomo Rozenstein, “During the pandemic we needed the zechutim of limud haTorah even more and our lomdim didn’t disappoint!”

Rabbi Rozenstein continued, “Under normal circumstances, Dirshu would have made a large gathering were many thousands would have come together to celebrate this milestone. Instead, scores of siyumim were held in Eretz Yisrael in many different cities, most outdoors and all in a socially distanced, compliant way.”

Last month, Councilmember Chaim Deutsch helped allocate a combined $115,000 under the City Council’s Digital Inclusion Initiative to fund Simon Wiesenthal Center’s Combat Digital Terrorism and Hate Project. SWC’s program will be brought to New York City public middle and high schools during this academic year, at a time when anti-Semitism, racism, bigotry, and all other forms of online hate are dramatically increasing. “In recent years, we have seen an unfortunate rise in hate speech online translating into physically violent acts. The Simon Wiesenthal Center’s program to combat digital hate is fulfilling a critical need in teaching young people to identify and combat hate online,” said Deutsch.