The Mitzvah Man was listening to a class delivered by Rabbi Meyer Yedid, during which the rabbi told a famous story of a man who asked the Bet Halevi (Rav Yosef Dov Soloveitchik of Brisk, 1820-1892) if he could use milk instead of wine for the cups at the seder on Pesach. Rather than answer the question, the Bet Halevi handed the man an envelope containing a large amount of money. The man clarified that he had come to ask a halachic question, not to request charity. But the Bet Halevi insisted that he take the money, which he could, if he so wished, consider a loan instead of charity.

After the man left, the Rebbetzin asked why the rabbi gave this fellow such a large amount of money. After all, just a few rubles would have sufficed to enable him to buy wine. The Bet Halevi replied, “If this man was asking such a question, then he must have no food to feed his family and no money to buy them clothes and shoes for the holiday.”

The Mitzvah Man compared the Bet Halevi to Avraham Avinu, who was able to look deeply and see what a person really needed. Whereas most people just see the surface, great people like Avraham and Bet Halevi see beyond the surface and truly understand each individual’s plight.

The Mitzvah Man told me that this class brought to mind an incident that took place eight years ago. A Hassidic gentleman, Rabbi Schwartz, came to him and said he needed a car.

“It is hard for me to ask for this,” Rabbi Schwartz said, “but I need a car for my livelihood. I am not able to keep a regular job because I must care for my family. My wife is not well. She is in the hospital. Two of my children are autistic and are currently in separate hospitals. I travel to three hospitals a day and take care of the children at home and collect charity. A car would be a life saver.”

But the Mitzvah Man realized that this family needed a lot more than a car. He turned to Rabbi Schwartz and asked, “What else do you need?”

“What else do I need?!” the man responded, incredulously. “What do you mean? You just gave me a car!” 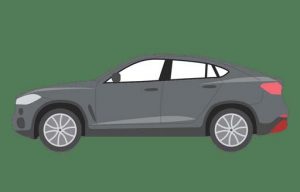 The Mitzvah Man repeated, “What else do you need?”

“We have a wedding coming up,” Rabbi Schwartz said. “My wife and daughter need wedding gowns.”

The Mitzvah Man was able to get two new wedding gowns.

Again, the Mitzvah Man asked Rabbi Schwartz, “What else can I do for you?”

Rabbi Schwartz told him that his wife and the bride need wigs. The Mitzvah Man got to work and obtained wigs.

The Mitzvah Man persisted, “What else? You have a large family.”

Rabbi Schwartz sighed and said, “Baruch Hashem, we are making another simha – my son is becoming bar mitzvah. It looks like he’ll have to borrow tefillin every day.”

“Absolutely not!” said the Mitzvah Man. “We will get him new tefillin.” And he did.

“What else can we do for you?”

The family needed furniture – a couch, a kitchen table, and chairs. They needed shades for the windows, and food for the upcoming holiday of Pesah. Mitzvah Man took care of it all.

All this was accomplished because the Mitzvah Man learned that you must look deeper into the situation. And when he looked deeper, he realized that Rabbi Schwartz and his family needed more than a car.

As the Mitzvah Man explained: “When someone needs help, we have to put ourselves in that person’s shoes.”

The Mitzvah Man told me another story of a young man who started going to his shul. He would walk in on Shabbat with a ponytail, wearing an earring, a sweater, and jeans. The Mitzvah Man went over to greet him.

The Mitzvah Man told his friends to go over and greet this fellow so he would feel comfortable. The man started attending more frequently, and gradually began dressing more appropriately.

“We have to look deeper,” the Mitzvah Man reflects. “We must let ourselves feel what the person is going through. We must look beyond the surface and ask the first question – ‘How can I help you?’ – and then go further and ask: ‘What else do you need?’”