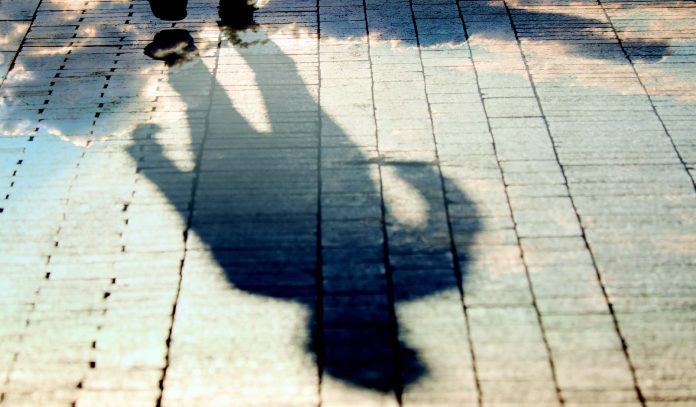 It seems as though they just fell off the map! Since the exile of the ten tribes of the Northern Kingdom of Israel by the armies of the Assyrian King Sanheriv, the whereabouts of this illustrious people have remained a mystery. However, a number of isolated and ambiguous encounters with members of the ten lost tribes have been recorded over the centuries. Below are abstracts of some of the more famous such encounters. 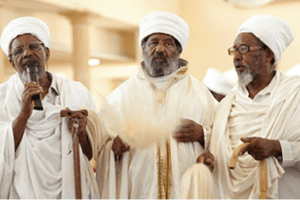 Around the year 880 CE (4640), a mysterious man named Rabbi Eldad Hadani – “Eldad from the Tribe of Dan” – came before the sages of the time, claiming to be a member of the lost tribe of Dan who had inadvertently made his way to the civilized world. He was found to be an erudite scholar with proficiency in all areas of the Torah, and he earned the admiration of all the hachamim of that time. The most famous of them was Rabbi Semah Gaon, head of the great Babylonian yeshiva of Masa Mahsia, who wrote a detailed letter validating many of Eldad’s claims. Eldad gave a detailed description of the ten tribes, their kings, the wars they waged, and their way of life, as well as their exact locations. He recorded his claims in a treatise which is still in circulation today. It is clear from his description that the ten tribes had remained faithful to the Torah traditions passed down to them from the days of the First Temple. Eldad Hadani’s accounts are the first, and assumed to be the most consistent and authentic, of all descriptions of the lost tribes.

For over half a millennia after Eldad Hadani, reliable news of the lost tribes remained sparse. The limited means of communication and travel made it exceedingly difficult to conduct a competent search or study of their whereabouts. However, in the late-15th century, when, with the invention of the compass and other advances, the civilized world began discovering new regions on the American continent and parts of Asia, renewed interest in locating the vanished Jewish kingdom was sparked. Many books written by Jews and gentiles alike were published at this time which attempted to piece together the tidbits of information and different reports that surfaced concerning the lost tribes.

Our sages tell us that the punishment of the ten tribes included being exiled from the land of Israel to a remote, uncharted land, isolated from the rest of the world, where they would remain until the end of days. At that point, according to the Midrash, the tribes of Yehuda and Binyamin will bring the ten lost tribes from their exile across the river Sambatyon, and return them to the land of Israel. Many scholars concluded on the basis of this Midrash that in our times, as the end of the exile draws near, we must make attempts to determine the whereabouts of the ten tribes and reunite them with the rest of the Jewish nation. Some even claimed that restoring the ten tribes will bring the redemption closer. This added to the newfound interest in searching for the ten tribes that arose in the 15th century, as many Jews, sensing that the final redemption would soon unfold, felt the urgent need to find the lost tribes. 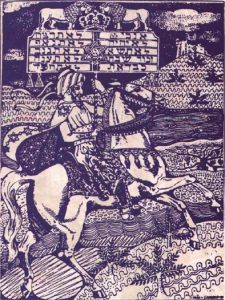 In the year 1524 (5284 in the Jewish calendar), a man calling himself David Hareuveni – “David from the Tribe of Reuven” – appeared and claimed to be a messenger from the ten lost tribes. He said he lived in the desert of Havor – one of the places to which the prophets said the ten tribes were exiled – where the tribes of Reuven, Gad and half of Menashe resided. David further claimed that his father, Shlomo, was the previous ruler and was succeeded by David’s older brother, Yosef, who appointed him military general. He had come on a mission ordered by his brother, the king, to convince the Archbishop in Rome and the Christian kings of Eastern Europe to join forces with his Jewish army and invade the Muslim-dominated Middle East, in order to liberate the Land of Israel from Islamic rule.

However, as noted by historians, David Hareuveni had no Torah knowledge, and he conducted himself in a manner which disturbed the hachamim of the time. Remarkably, his attempts at garnering support initially met with resounding success. He managed to meet several times with the Archbishop, who sent him with letters of recommendation to the kings of Portugal and Chavash (Ethiopia) asking them to help validate the claims of “The Reuveni” (as he was referred to by many) and assist him in his mission. However, after several years of diplomatic maneuvering, David was arrested in 1532 by King Karl V of France on charges that he was causing many recent Jewish converts to Christianity to return to Judaism. The French authorities handed him over to the inquisitors in Spain, where he eventually died in prison.

Generally, David’s claims about his origins and the mission he was sent to accomplish were met with considerable skepticism by Jews and gentiles alike. His support came mostly from ignorant Jews and, especially, the affluent anusim, Jews in Italy and Portugal who converted to Christianity under coercion and saw David as their potential savior.

On several occasions over the last millennia, Jews living in the land of Israel dispatched messengers to distant countries such as India and Yemen for the purpose of meeting members of the ten tribes and delivering messages to them from the sages of Israel. One such emissary was Rabbi Baruch Gad, a prestigious scholar and dayan (rabbinical judge).

In the year 1646 (5406 in the Jewish calendar), Rabbi Baruch returned from his mission with an extraordinary account of his encounter in the middle of a desert with a certain Rabbi Malkiel, who claimed to be from the tribe of Naftali. Rabbi Malkiel showed the letter sent by the sages of Jerusalem to all the ten tribes, and also brought back to Rabbi Baruch a letter from the leaders of the ten tribes. The letter described the vast territories and wealth possessed by the ten tribes, the peaceful life they enjoy, and their faithful observance of all the Torah’s laws. The leaders also offered consolation to their brethren, the rest of the Jews in exile, adding that Hashem does not allow them to leave their countries and assist the rest of the Jewish people until the end of days.

Although there were those who doubted the authenticity of the letter, it was reprinted and circulated throughout the Jewish world, inspiring hope that we will one day be reunited with the lost tribes.

Long ago, there were vast regions, like the American continent, that were unknown to the civilized world, so the possibility of an undiscovered country was very much palatable. Today, with all the advances in science and technology, many of us may find it hard to believe that today there exists somewhere in the world an unknown place where millions of Jews from the ten tribes could reside with kings and armies. This question has been raised by many Jewish scholars and philosophers over the years.

Though the discovery of a small heretofore unknown aboriginal tribe does sometimes make news in our time, the generally accepted explanation for the continued concealment of the lost tribes is far more mystical. Since the beginning of time, Gan Eden (the Garden of Eden where Adam and his wife Hava lived right after creation) and Gehinom have existed somewhere in this world, but remained hidden from our view. Similarly, the location of the ten tribes is also concealed from us specifically because Hashem wishes it to remain this way until the end of days.

There are also many legends and much speculation about nations or distinct tribes from around the world which claim, or are believed to be, descended from the ten tribes. These theories are not necessarily a direct contradiction to the aforementioned accounts of the ten tribes living in a remote, unknown region. Individual groups could have splintered off from the original ten tribes and settled just about anywhere on earth. Below are a number of the theories that have surfaced concerning discrete peoples who may have descended from the lost tribes of Israel.

There are many who say that certain tribes in Afghanistan descend from the ten lost tribes and practiced Judaism until the Moslems conquered the area and forced them to follow Islamic law. A number of different factors appear to support this claim. For one thing, Afghanistan is situated in the area of the ancient country of Madai, which is one of the destinations to which the ten tribes were exiled according to the Prophets. Secondly, there is an established tradition conveyed by many Afghan natives and officials that they descend from the tribes of Reuven, Shimon, Gad, and Efrayim. Additionally, some of the

Afghan tribes’ names – Afritim, Gadgim, Shinvarim, and Raavanim – clearly resemble the names of Efrayim, Gad, Shimon, and Reuven. Thirdly, these tribes observe customs that closely resemble Jewish practices. Many tribesmen grow beards and peot (side locks), and the wives immerse in water after their nida cycle. Some even light candles on Friday night. Moreover, members of one Afghan tribe carry around an amulet, which they consider a holy charm, containing the verse of “Shema Yisrael.” Finally, over the years, many travelers to Afghanistan recorded hearing older tribesmen state explicitly that they observed Judaism until the Muslim conquest. Unfortunately, all these tribes today consider themselves Moslems, pray in accordance with Moslem tradition, and make pilgrimages to Mecca.

Rabbi Menashe Ben Yisrael (1604-1657), in his book Mikveh Yisrael, brings dozens of proofs to an ancient Jewish presence in parts of the American continent. One piece of evidence is the report of a monument with a Hebrew inscription that was unearthed by the early European settlers in the 16th century. He shows how many of the Indian tribal customs resemble and seemingly originate from Jewish law, and that some tribes even practiced circumcision. There are reports that the Indians were familiar with the story of creation and the great flood in the time of Noah. Rabbi Menashe thus deduces that the Indians were definitely influenced by a Jewish presence in that part of the world. He also cites many eyewitness accounts from early settlers on the American continents, of large beautiful colonies inhabited by white, non-pagan people living in peaceful isolation. According to these reports, the inhabitants all appeared well dressed with beards, and their powerful sentries barred any outsiders from entering their territory. There can be no doubt, Rabbi Menashe concludes, that these people belong to the ten tribes and they have lived in isolation from the civilized world for centuries on the American continent. Eventually, as more European settlers arrived, these groups moved onward to another place in order to once again live in isolation and obscurity.

There are other speculations from various writers and historians regarding nations or parts of nations that may have originated from the ten lost tribes. Some say that the Jews of Yemen, or several groups of Yemenites Jews, descend from one of the lost tribes. Others speculate that the Ethiopian Jews originate from these tribes (and some claim that they came to Ethiopia during the time of Shelomo Hamelech). Other theories point to tribes in India, China, and Japan who, until recently, observed many Jewish customs and quite likely originate from the ten lost tribes.

Regardless of whether these groups are actually remnants of the lost tribes or if they were simply influenced by a Jewish presence, the Jewish belief remains strong that the full glory of the ten lost tribes continues to be hidden by Hashem in an unknown land, where they are fully committed to Torah tradition. This belief is coupled with the sincere hope and prayer that the world shall soon see the return of all segments of the Nation of Israel with the coming of Mashiah speedily in our days.1

Next Issue: Tehiyat Hametim (Resurrection of the Dead)