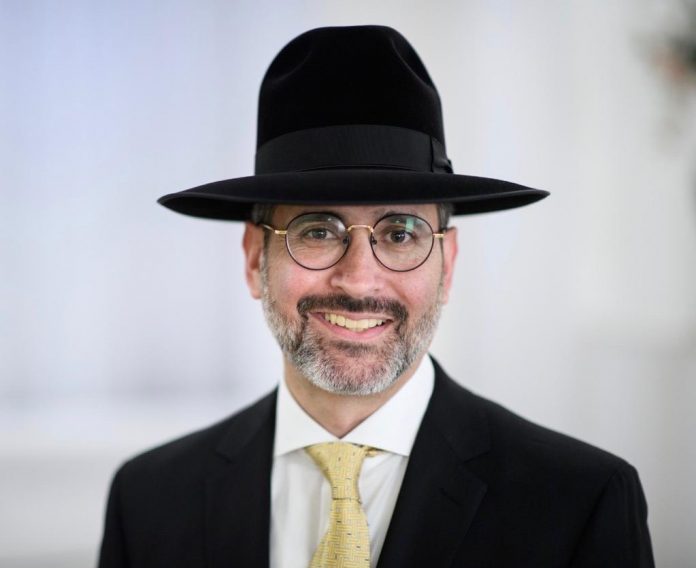 Rabbi Chaim Dahan’s passing created a deep void in the lives of many.

He befriended me when he joined the faculty at Yeshivat Shaare Torah, and he brought sunshine and light to my home whenever he visited. I and many others have lost a treasured best friend.

With Rabbi Chaim, all paths led to Telshe Yeshiva, in Cleveland, Ohio. Most people head to a vacation spot for the summer, but he and his wife chose to return to Telz. He treasured the years he spent learning there in yeshiva and kollel, under Rabbi Mordechai Gifter, zt”l, and Rabbi Chaim Stein, zt”l.

As a single boy, Rabbi Chaim would listen to the recorded weekly shiur of Rabbi Yitzchok Sorotzkin, his rebbe, and would transcribe the shiur into notes. Suddenly, the weekly shiur became scheduled for Thursday nights. The only time Chaim had to transcribe it was on Fridays, the day set aside for the boys to relax in a swimming pool or to play football. (Chaim was the best receiver in football.) One Friday, Chaim remained in the empty bet medrash and began writing the notes. Suddenly he felt a tap on his shoulder. Startled, Chaim looked up to see Rabbi Gifter, the rosh yeshiva, peering down at him.

“Why are you not relaxing like all the other boys? We want the boys to let out steam on Friday afternoons. Go join them!”

“Oh, Rosh Yeshiva, I need to write down last night’s shiur, before I forget it!” Chaim stammered, not sure what Rabbi Gifter would say.

Rabbi Gifter thought, then said, “Yes, you are right. From now on Rabbi Yitzchok will give his new gemara shiur on Wednesdays, not Thursday nights, so that you can write it on Thursdays!” With that, Rabbi Gifter sent him out to play to get a well-needed break.

Rabbi Yitzchok was notified of the change in schedule, and with his classic humor, sent young Chaim a gift, a helmet and football.

Both roshei yeshiva loved Rabbi Chaim’s singing and invited him many times to be the chazan. Following their advice, Rabbi Chaim began to pray with the Sephardic pronunciation during tefillot. He became close to Sephardic hazanim in order learn about the mesorah. Rabbi Chaim even invited Jo Amar to come to Telz. The roshei yeshiva used to call Rabbi Chaim “Jo Amar Ha-katan.”

I once told Rabbi Chaim that my aging father-in-law enjoyed Moroccan music. Immediately, he sent me music from Chaim Luk and Jo Amar, which I played for my father-in-law, bringing him much joy.

The Gift of Knowing What to Say

It was impossible to be upset, depressed, or despondent with Rabbi Chaim around. He always knew just the right joke or quip to say, and he was a wellspring of inspirational stories. Rabbi Chaim’s love of people flowed from his heart into his eloquent speeches and uplifting songs. The message of emunah resonated in the listeners’ ears. Rabbi Chaim intuitively knew who needed hizuk and he chose just the right words to say. Rabbi Chaim memorized the life stories of holy rabbis such as Rabbi Chaim Pinto, Rabbi Amram Diwan, Rabbi Yaakov Abuchatzera, and many more, inspiring his listeners with their holiness. After having observed his rebbes, Rabbi Mordechai Gifter and Rabbi Chaim Stein, Rabbi Chaim experienced true holiness. He had a gift for making the stories of great rabbis relatable to our own lives.

And Knowing What to Do

It was not only Rabbi Chaim’s gift of speech which endeared him to others, but his care and concern for them. One day I mentioned to Rabbi Chaim that I had bought a computer and wanted to understand some things. He came right over and patiently taught me many important aspects of computer use. When our twins were born, Rabbi Chaim and his wife called and visited often, making sure we had what we needed, even running to a gemach to get us an extra bassinet.

Many previously unknown deeds are coming to light, such as how he helped adolescents and teens to improve their strained relationships with their parents and how he helped others suffering from addictions. Rabbi Chaim lovingly gave strength to these teenagers and guided many to more healthy lives.

We recognize that although now Rabbi Chaim is not with us anymore, even in heaven, his pulsating concern and love for every Jew is still hard at work, and he continues to advocate for us. Rabbi Chaim, please rock the Heavens for us and beg Hashem to send us Mashiach!