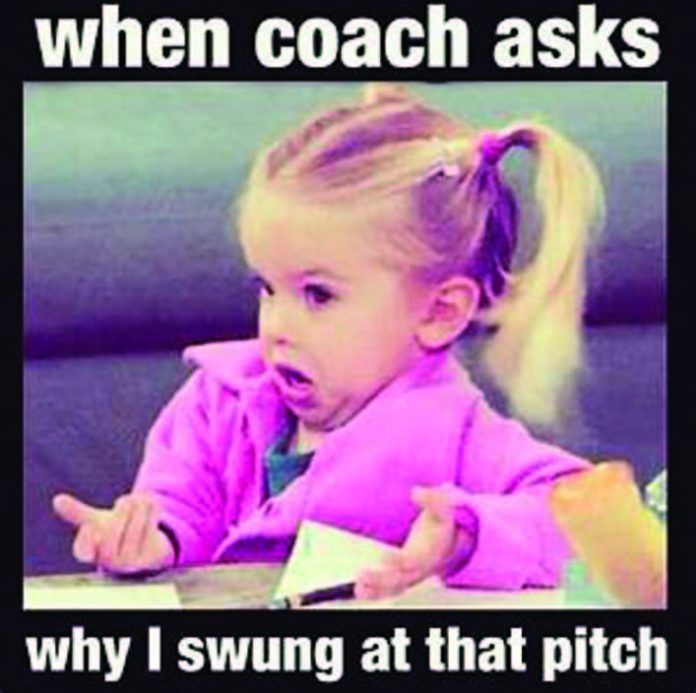 Two city slickers decided to go moose hunting in the backwoods of British Columbia. As it happened, they lucked out and caught a moose. Unfortunately, though, they were about a mile from their truck and were having a tough time dragging the animal by the hind legs back to the van. Suddenly, a wildlife biologist happened to come along and provided some great advice.

“You know,” he said to the city dwellers, the hair follicles on a moose have a grain to them that causes the hair to lie toward the back. Based on the way you are dragging that moose, it increases your coefficient of friction by a huge margin. If you grab it by the antlers and pull, you will find the work required to be quite minimal.”

The city folks thanked him and started dragging the moose by the antlers. After about an hour, the biologist came across the two men again and saw them still trying to drag the moose by its hind legs.

“Didn’t I explain that it was easier to move the moose by dragging it from its antlers?” the biologist asked.

“Yeah,” said one of the men, “we tried that, and were able to move much faster.”

“So why aren’t you dragging the moose front-first from its antlers now instead of from its back legs?” asked the biologist.

“Because,” the second city slicker explained, “our truck is in the other direction.”

Tom enters the local copy center with a piece of paper in his hand. He passes several copiers and a fax machine on his way to the paper shredder, where he finds a young woman looking over the machine and scratching her head.

“Do you know how to operate this thing?” she asks. “My boss sent me here with a sensitive document and since I’ve never used one of these before, I want to make sure it’s done right.”

“Sure,” the Tom answers, “just put the paper in this slot and press the on button.”

The young woman does as instructed. And as the blades inside the shredder are heard doing their work, she tilts he head and asks, “So where do the copies come out from?”

Greg walks into a department store and goes straight to the fragrance section. He says to the sales lady, “Today is my wife’s birthday, and I would like to buy her a nice bottle of French perfume.”

“Oh, wonderful,” the sales lady said. “That will be a nice surprise for her.”

“Yeah, it sure will,” Greg replies. “She’s expecting a diamond necklace!”

As Greg handed in the final exam, he slipped his professor a $100 bill, winked and whispered, “A dollar per point.”

To Greg’s relief, the professor winked back knowingly.

At the next class, the professor was handing out the graded tests. Greg got back his test and $56 change.

Dear L-rd, so far today, I’m doing alright. I have not gossiped or lost my temper, and I have not slandered anyone. I have not been grumpy, greedy, nasty, selfish, or self-indulgent. I have not whined, screamed, or even eaten chocolate. I have not charged on my credit card or gotten frustrated at my husband or children. But in a few minutes, I plan to get out of bed – and I’m going to need a lot more help after that.

When Eli and Susan arrived at the automobile dealership to pick up their new ride, the salesman was a little bit embarrassed as he explained that the keys had been locked inside the car. The salesmen led the couple to the service department where they found a mechanic working feverishly with special tools to unlock the driver’s side door. As Susan watched from the passenger side, she instinctively tried the door handle and discovered that it was unlocked.

“Hey,” she announced to the technician, “it’s open!”

Looking over at her and then rolling his eyes, the mechanic replied, “I know, I already got that side.”

A young Jewish man was visiting a psychiatrist, hoping to cure his sleeping disorder.

“Every thought I have turns to my mother,” he told the psychiatrist. “As soon as I fall asleep and begin to dream, everyone in my dream turns into my mother. Last night, I even had a dream that you were my mother. I woke up so upset that all I could do was go downstairs, eat a piece of toast, and come running here for the session.”

“What?” The psychiatrist replied, “Just one piece of toast for a big boy like you?”

A salesman, tired of his job, gave it up to become a policeman. Several months later, a friend asked him how he liked his new role.

“Well,” he replied, “the pay is good and the hours aren’t bad, but what I like best is that the customer is always wrong.”

One summer, a wise old gentleman retired and purchased a modest home in a small town. He spent the first few weeks of his retirement in peace and contentment – until… the school year began. On the afternoon of the first day of school, four young boys, full of youthful energy, came down his street, beating merrily on every trashcan they encountered. The sound of crashing metal continued day after day, until finally the wise old man decided it was time to take some action.

The next afternoon, he walked out to meet the young percussionists as they banged their way down the street.

Stopping them, he said, “You kids are a lot of fun and I really like it when you beat those trash cans. Will you do me a favor? I’ll give you each a dollar if you’ll promise to come around every day and do your thing.”

The kids were elated and readily agreed. The old man took out his wallet and counted out his last four singles. But before handing the cash to the boys, he paused and said, “I’m afraid I’m going to need a dollar for the bus later,” and he put a single back in his pocket.

Then, preparing to hand the money to the boys he paused again and said, “I’ll need another dollar to take the bus back home.” And he put another dollar bill back in his pocket.

Pulling off yet another dollar, the man explained, “I’ll probably need one more dollar to –”

Just then, one of the boys interrupted him. “Hold it right there, mister. If you think we’re going to waste our time beating these cans around for a quarter each, you’re nuts! You’ll have to beat your own trash cans.”

And the old man finally enjoyed the peace and quiet he desired.