Last month, Am Yisrael experienced a terrible tragedy, when 45 of our brothers in Israel were killed during a Lag La’Omer celebration in Meron. Magen David Yeshiva faculty and students, led by Rabbi Joey Haber, went to the homes of the bereaved who live locally and learned about the person behind the name, through stories from family members. The rest of the school watched a slideshow with pictures of the victims and then each class learned l’eiluy nishmat of a specific person. Each class chose one misvah to take on from now until the end of the year, such as netilat yadayim, birkat hamazon, minyan on Sundays, and refraining from lashon hara for an hour a day. The students then recited two chapters of Tehilim in unison in memory of those who died, and for the refuah shelemah of those injured.

“I believe that Andrew Yang has the smarts and the skills to tackle the issues and the crises of today,” Eichenstein said, at a press conference in front of Eichler’s Judaica store on Coney Island Avenue in Midwood. “I also know that Andrew Yang recognizes the uniqueness of every community in this city, and Andrew understands that the Orthodox Jewish community is part of the beautiful mosaic that is New York City.”

Yang has aggressively courted the Orthodox community, strongly opposing the Boycott, Divestment and Sanctions (BDS) movement against Israel and vowing to allow yeshivas independence in formulating secular-studies curricula, saying that “the outcomes” for yeshiva students “are the same or better” as those in public school.

“It was long ago said that if you don’t have a seat at the table, you’re probably on the menu,” said Councilman Yeger. “We’re tired of being on the menu. We want to be a part and partner of this great civic experiment that is New York City. And the one candidate we believe gives every New Yorker that partnership is Andrew Yang.”

As Israeli civilians are once again under rocket attacks from the Hamas and Islamic Jihad terror groups, Sephardic rabbis representing communities all over the world stand in solidarity with our brothers and sisters in Israel and issued the following statement.

We support Israel’s right to defend her cities and civilians, and to assert her sovereignty over Jerusalem, the historic and eternal capital of Israel.

We offer our love and prayers to the brave men and women of the Israel Defense Forces, the Israeli Police, Israel’s Home Front Command, and Medical First Response units. May Gd strengthen and protect them as they protect Israel.

We condemn the violent ways of all terror groups attacking Israel, whose hypocrisy recalls the Biblical verse: “I am all peace, but when I speak, they are for war” (Tehilm 120:7).

In the words of the Sephardic sage Rabbi Bension Meir Hai Uziel, “We desire peace, but we will not go as sheep to the slaughter, rather we will defend ourselves with strength and courage in our historic homeland.” 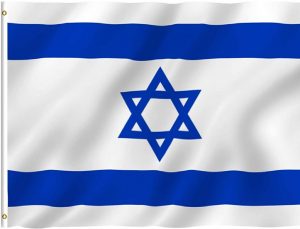