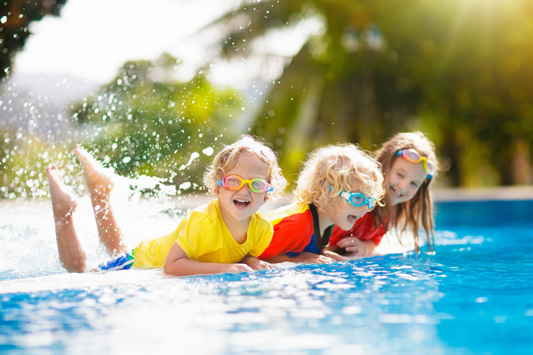 Although last month’s article about summer camp (Summer Camp: A Privilege or a Right?) did mention a few solid reasons why a child should go to camp – I just don’t agree with the whole concept. I find it difficult to understand why parents are so eager to send their children away. Summer is a great opportunity to be together and bond as a family with no outside pressures. Yes, children who go to camp get exercise and learn social skills, but there is no reason they can’t get that at home. During the summer, I take my kids on hikes, bike rides, rock climbing expeditions, and many other fun family activities. Summer is time for us to reconnect as a family, not spend more time apart.

Another pet peeve of mine is sleep away camps. I have a few friends that send their children away for the summer. I just can’t wrap my brain around why people would send children out of their care into the hands and influence of strangers. We hide our jewels and heirlooms in a safe when the housekeeper cleans our house, but somehow, it is okay to send our children away for two months under the supervision of total strangers. We need to stop and think what should be considered precious.

I found last month’s article about dieting very offensive (The Standard American Diet is S.A.D. for More Than One Reason). The author states that nearly two thirds of all adults are overweight, which eventually leads to illness. It is a terrible thing to insinuate that all overweight people are automatically unhealthy. Many overweight people have healthy levels of cholesterol and blood sugar, and have a healthy working heart. There is nothing wrong or unhealthy about being a little overweight.

Of the more absurd statements to come from the most recent conflict between Israel and the regime in Gaza are the ones, well-meaning to be sure, purporting to support “Israel’s right to exist” and “Israel’s right to defend itself.” First and foremost, Israel is a recognized sovereign nation whose right to self-determination is beyond question, regardless of the United Nations’ attempt to discredit Israel. No one asserts Norway or Indonesia or The Vatican has a “right to exist,” and the notion that these states require some sort of global approval to function is ludicrous.

Where else in the world is lobbing missiles at a civilian population not an open act of war? If this was Mexico shooting at Texas, they would be obliterated before the day’s end.

But when it comes to Israel, all of a sudden, everyone is very supportive of its rights. The idea is ridiculous, the very question is a nonstarter because if the question is raised, even if it’s answered in the affirmative today, tomorrow the answer could be different. Israel is here to stay. Get used to it.

The plurality of Israel’s society cannot be overstated. Israel gives the vote to Jews, Arabs, and Christians alike, even to those clearly dissenting and disapproving of its policies, and even to its own detriment as Arab populations grow faster than Jewish ones. By contrast, Japan and Switzerland are famously insular, rarely granting citizenship to non-indigenous Japanese or Swiss. Indonesia is 87 percent Moslem, and non-Catholics have no voice or rights in the Vatican. Yet these countries’ rights to existence are never questioned.

I know that I’m in the minority, but I disagree with the rush to get the Covid vaccine. I think a person should have the right not to get vaccinated until the vaccination is proven effective and there are no adverse side effects. Don’t get me wrong – I’m not an anti-vax person. I agree that one should get vaccinated for diseases such as measles and tetanus, since these vaccinations are proven to be effective and have a low risk of side effects. The long-term effects of the Covid vaccine, however, are still unknown.