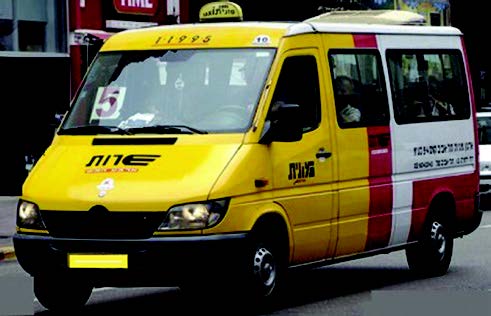 Abie and Joey hired a driver, to be paid per hour, to tour around Israel. Touring from Northern Israel towards the south they stopped at many of the regular tourist attractions. Upon their arrival in Tel Aviv, they were shocked when blaring sirens went off and their driver immediately forced them to evacuate the car and head for the closest bomb shelter in a nearby building. They spent nearly six hours in the shelter before they were able to resume their travels. The lengthy delay was due to a missile that landed only a few yards from their shelter. Upon arrival at their destination the driver requested payment for the six hours they were delayed in the bomb shelter. Abie and Joey were appalled that the driver had the audacity to request payment for an emergency stop that was beyond their control. The driver insisted that he was hired per hour and is entitled to his pay.

Is the driver entitled to payment for the time spent in the bomb shelter? How should the Bet Din rule and why?

Leading halachic authorities debate whether an employee is entitled to his wages in the event a war or national disaster is the cause of unemployment. On the one hand, since the employee did not labor on account of an unforeseen event, he is not entitled to pay. On the other hand, according to some halachic authorities a national disaster is viewed as the misfortune of the employer. Since an employer is in a position of authority, he is required to bear the misfortune of war and is responsible to compensate his employee with at least partial payment.

Additionally, halachic authorities debate the cancellation status of a hired driver who is providing access to a wagon or vehicle.

Some authorities legally view the rental of the vehicle independent of its driver. Although one price was given for both the driver and the car, nevertheless, upon cancellation, each factor is addressed separately. Hence, according to this view, although the driver is not entitled to collect payment in circumstances beyond control, he is entitled to payment for the rental of his car. After all, one who rents a car is responsible for payment regardless of whether he was able to drive the car or not. A national disaster or war is not grounds to absolve a party from payment for a rented car.

Other authorities view the hiring of a driver with a car as a standard employee agreement. The car is part of the employment package and is not viewed independently. Hence, a hired driver that is cancelled due to circumstances beyond control is not entitled to payment even for the rental of the car.

In short, there are multiple reasons to provide a driver of a car with partial payment for the time suspended due to a national disaster. Although many halachic opinions differ, nevertheless, a peaceful settlement in this situation is highly advisable.

Although by letter of the law, Abie and Joey are absolved from payment, our Bet Din appealed to them to partially compensate the driver for his lost time. As mentioned in Torah law, halachic authorities rule that a driver or any type of employee unable to provide service due to an unforeseen event is not entitled to payment. According to numerous authorities this ruling applies even in the event of a national disaster. Hence, by law, Abie and Joey are absolved of liability. Nevertheless, some authorities view a national disaster differently than a standard unforeseen event. According to this view, Abie and Joey (the employers) are required to pay the driver for his lost time. Additionally, some halachic authorities require Abie and Joey to pay specifically for access to the car for the duration of the attack. Although Abie and Joey are in possession of their funds and may rely on the former view, we nevertheless suggested that Abie and Joey pay for two of the six hours of lost time. The two complied and a peaceful settlement was achieved.

Jerry regularly managed his brother-in-law’s financial portfolio and earned a modest commission from the profits generated. The operating agreement between them stipulated that Jerry was required to receive explicit authorization before each investment. Jerry was instructed and authorized to invest $100,000 in a certain stock. Jerry deviated from his instruction and without authorization directed $10,000 of the monies to purchase a cryptocurrency. Much to Jerry’s delight his cryptocurrency purchase earned an astronomical sum of over $60,000 in profit. Jerry, concerned with the volatility of the coin, immediately sold out and the $10,000 investment along with its profits were credited to the business account. Jerry informed his brother-in-law of the good fortune earned and suggested that they split the profits of the $10,000 investment. Jerry explained that since he was responsible for the funds in case of loss, he is entitled to at least fifty percent of the profits. The brother-in-law rejected Jerry’s claim with a wave of his hand and rebuked him for his illegal activity.

Is Jerry entitled to half the profits? If not, is he entitled to his commission? How should the Bet Din rule and why?