The 2021 MSB Season is nearing the finish line. In a journey that began in early April, now over three months later we are just a game away from crowning a new champion. 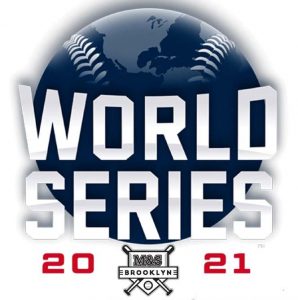 Two Great Teams Make It to the World Series

The Ball Busters simply dominated their opponents for the duration of the regular season and earned themselves a bye into the semis and faced off against a hot Mamba Mentality ballclub. After dropping game one of the best of three series, The Ball Busters got to work and went on to win games two and three. In Game 3, the Ball Busters found themselves down early in a 3-0 hole, but the power bats came alive. MVP candidate “Hammerin Hank” Dweck broke the 3-3 tie with a towering blast deep into the night and propelled his team into the World Series.

Rubble On The Double had a much tougher road ahead. Finishing the regular season at 6-6 they barely squeaked into the post season and were tasked with facing Super Smash Brothers in the Wild Card Matchup for a right to play in the semifinals. This game was anything but easy. In true fairytale fashion, Rubble On The Double, who were down 2-0 in the 6th, cut into the lead with a solo blast off the bat of Natan Safdieh and then sent Steven J. Gindi to the plate in the bottom of the seventh, and boy did he deliver! Gindi hit a frozen rope to the right center field gap to walk it off and advance ROTD to the semis where the second-seeded Jokers were awaiting. In Game 1 Rubble came from behind to win and in Game 2 they kept its post season magic going. Rookie Benny Abadi broke a 1-1 tie in the 5th with a two-run HR that painted the Right Field line and Rubble on the Double went on to win and continue its magic carpet ride to the World Series.

World Series Attracts Viewers in Person and Via Livestream

On July 11th at M&S Park, the World Series was underway. With a capacity crowd on hand and the games being livestreamed on YouTube to the community at large, the two teams who had two completely different paths to the dance faced off. After the lineups were announced the ceremonial first pitch was thrown by the 2021 MVP and Batting Champion Jack Harary, and the recipient of the pitch was league legend Ike Miz.

The World Series is a best of three so Game 1 is extremely crucial. ROTD came out swinging and went up 6-3 in the 6th powered by a Joe Gindi bomb that cleared the fence (first time in league history) and the Ball Busters seemed shellshocked, as they were in unfamiliar territory. But then it all clicked as the bottom of the lineup came alive and rallied to tie it at 6 in the bottom of the 6th, highlighted by a two-run frozen rope off the bat of Abe Dweck. After barely holding off ROTD in the top half of the 7th the Ball Busters walked it off in dramatic fashion as Rookie of the Year Shua Dany drove in the winning run as the Ball Busters won by a final score of 7-6. 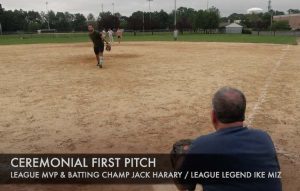 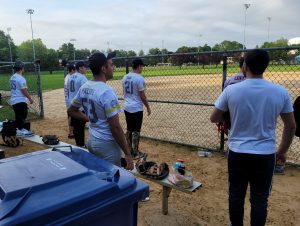 The Ball Busters were now one game away from completing one of the most dominating seasons in league history and Rubble On The Double with their backs against the wall needed to somehow find a way to win Game 2 to force a Game 3. The Ball found themselves down 3-1 heading into the 6th, the same inning they rallied in during Game 1. Lo and behold, they did it again! And they put up a two spot and tied it up at three and in the top of the 7th aided by untimely walks by Edmund Beyda. They put up another two runs and took a 5-3 lead heading into the bottom of the 7th.

Rubble on the Double, just three outs away from being sent home for a long off season, dug down deep, and pulled out yet another magical finish in the post season. This was definitely a post season filled with memorable moments. ROTD sent up Steven J. Gindi with the bases loaded and one out, and he delivered again with a two-run base knock to tie it up at five, followed by clutch game winning hot shot off the bat of rookie Elliot “Little Papi” Setton to send this series to a decisive Game 3.