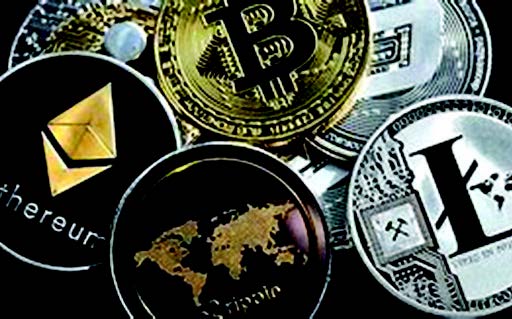 Jerry regularly managed his brother-in-law’s financial portfolio and earned a modest commission from the profits generated. The operating agreement between them stipulated that Jerry was required to receive explicit authorization before each investment. Jerry was instructed and authorized to invest $100,000 in a certain stock. Jerry deviated from his instruction and without authorization directed $10,000 of the monies to purchase a cryptocurrency. Much to Jerry’s delight his cryptocurrency purchase earned an astronomical sum of over $60,000 in profit. Jerry, concerned with the volatility of the coin, immediately sold out and the $10,000 investment along with its profits were credited to the business account. Jerry informed his brother-in-law of the good fortune earned and suggested that they split the profits of the $10,000 investment. Jerry explained that since he was responsible for the funds in case of loss, he is entitled to at least fifty percent of the profits. The brother-in-law rejected Jerry’s claim with a wave of his hand and rebuked him for his illegal activity.

Is Jerry entitled to half the profits? If not, is he entitled to his commission? How should the Bet Din rule and why?

According to the ruling of the Shulhan Aruch one can verbally appoint another person to interact on his behalf in a commercial market. Such appointment can be executed even without a signed power of attorney. Hence, once verbally appointed, the actions of a representative are binding, and his employer is required to follow through with the transaction.

Notwithstanding, it is highly recommended when hiring another person, to detail in a signed contract his job description, wages, and other relevant information in order to eliminate unnecessary confusion that could result in a dispute. Additionally, in the absence of a signed contract, a representative can wrongfully deny that his appointment ever transpired and falsely claim that he owns the profits he generated.

By rule of the Shulhan Aruch, a representative that deviates from his instruction is responsible for loss and damage caused on account of his deviation. Thus, if by instruction an agent is sent to purchase wheat, and instead he purchases barley, the agent is liable for loss if the cost of barley depreciates.

Nonetheless, by rule of the Shulhan Aruch, if as a result of the agent’s deviation additional profit is generated, the proceeds are credited to his employer. Thus, although the agent is liable in case of loss, he is not entitled to the profits gained when deviating from his employer’s instruction.

While the above ruling is the opinion of the Shulhan Aruch, some early halachic authorities differ. According to this latter view, an agent that deviates is entitled to a fifty percent share of the additional profit he generated. The rationale behind this view is that since the agent is liable in case of loss, he is viewed as a partner in the venture. Additionally, it was his ingenuity that generated the additional profits. The employer of the agent is nevertheless entitled to fifty percent, since it was his money that enabled the profitable transaction.

Interestingly, this latter view concedes that only in instances in which the agent is in possession of the profits is he entitled to withhold his fifty percent share. If, however, the money is in the account or possession of his employer, the agent is unable to collect.

Our Bet Din instructed Jerry that all the profits generated belong to his brother-in-law, the investor. Nevertheless, our Bet Din awarded Jerry with his standard commission fee for the entire sum profited. As explained in Torah law, Jerry was entrusted with the funds and has a fiduciary responsibility to forward all proceeds to his brother-in-law. Hence, although if Jerry had lost the money, he would have been liable, he is nevertheless not entitled to a share of the profits. When Jerry deviated and did not invest the money as instructed, he personally assumed the risk of loss, without the option of sharing in the profit. Although one opinion differs with the above ruling, since Jerry faithfully conducted the entire transaction through his brothers-in-law’s

account, all opinions agree that he is not entitled to any shares. Since Jerry did not have possession of the funds, he is unable to rely on a minority opinion.

Avi was driving his car through the streets of a city in central Israel, with three other passengers in his car. He stopped the car to run an errand and requested of one of the passengers to take the wheel and pick him up in twenty minutes. Sammy took the wheel and casually drove the car with the other two passengers. At the turn of the corner a mob of Arab young men surrounded the car and began throwing rocks at its windows. Sammy, the driver, was aware that the scene was life threatening and he decided to recklessly drive the car onto the sidewalk to escape the imminent danger. By doing so, Sammy tore the bottom of the car, and side-swiped the car into an adjacent wall. Backing up and maneuvering the car away from the surrounding mob added further damage to the vehicle. The group escaped danger without wounding any of the attackers, however, hefty damage was done to Avi’s car. In Bet Din Avi explained that his insurance policy did not cover acts of terror, and surely not deliberate acts of damage such as what Sammy inflicted to his vehicle. As per collecting compensation from the Israeli government, Avi explained that the process is costly and very lengthy. Avi requested of Sammy and the other passengers to pay for the damage to the car.

Is Sammy responsible for the damage? Are the other passengers required to participate? How should the Bet Din rule and why?