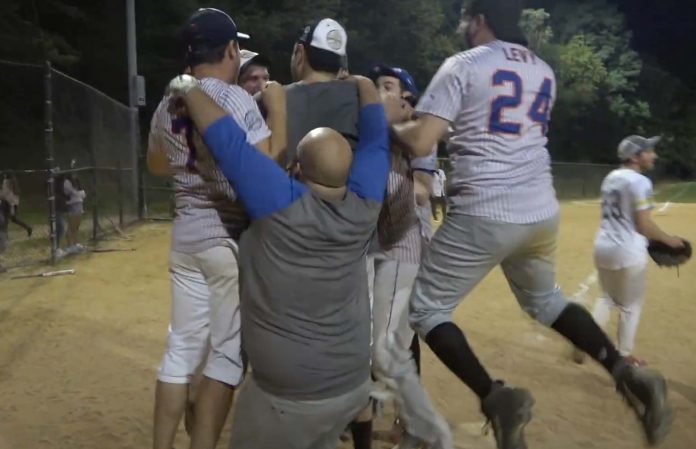 The 2021 MSB World Series began with an exhilarating start. Both Game One and Game Two were won via a walk-off (game winning hits in the last half inning of each game). The first place Ball Busters and the Wild Card winning Rubble On The Double were now set to play a decisive Game Three.

With emotions running at an all-time high and so much on the line, this World Series was sure to end with an epic finale, and boy did it live up to the billing. 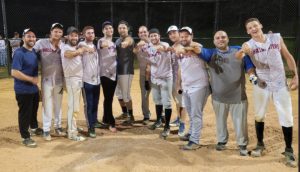 The Game Heats Up

In the top half of the third inning, captain David “DT” Tawil drove in the game’s first run followed by another RBI by perennial winner Steven J. Gindi to propel Rubble On The Double to an early 2-0 lead. The inning was short circuited as the CY Young winning rookie Ray Sakkal buckled down and struck out the next batter, followed by ground out off the bat of the dangerous Natan Safdieh to hold it at 2.

In the bottom of the fourth inning , rising star Alan Jemal sparked the Ball Busters offense and blasted a two run HR that painted the left field line to tie it at 2. Captain Yanky Itzkowitz followed that up with a double and Hank Dweck drove him in with a bloop to right field to give the BB a 3-2 lead.

Rubble On The Double answered right back in the top of the 5th as rookie Elliot Setton cleared the bases with a 3 run triple followed by an RBI by fellow rookie Edmund Beyda and a deep sac fly off the bat of Natan Safdieh where Beyda tagged up from second base to put R.O.T.D. up 7-3.

Game Tied – But Not for Long

In this roller coaster game, no lead was safe, and the first place Ball Busters began to chip away. As the game headed to the bottom of the 5th, Itzkowitz ripped an RBI to cut the deficit to 3. The following inning the Ball Busters came all the way back as Mordy Grazi hit an RBI double, Abe Dweck drove in a run with a ground out, capped off by a blast in the left field gap by Yaakov Buff to tie it at 7!

The Ball Busters had a chance to walk it off in the bottom of the 7th with slugger Hank Dweck at the plate, but Edmund Beyda induced a ground ball followed by a long fly out with the bases loaded to send the game to extra innings.

Rubble On The Double wasted no time and loaded the bases, but failed to drive in a run as catcher extraordinaire put on a defensive clinic as he single-handedly made two spectacular plays on balls to end the threat. After a quiet bottom half of the 8th, R.O.T.D. for the second consecutive inning loaded the bases again! This time Edmund Beyda hit a deep fly ball to right and two runners tagged up and scored to give his team a 9-7 lead in the top of the 9th. 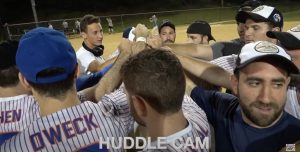 The Ball Busters were 3 outs away from a disappointing end to a dominant season. In a season where they had a 14-3 record (post season included) they needed one last inning of magic. 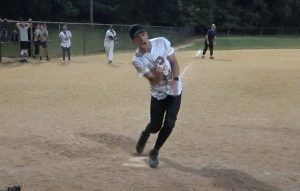 Yaakov Buff lead off the inning with a walk but Edmund Beyda induced a fielder’s choice ground out and then Alan Jemal made an out. Rubble On The Double was now just ONE out away from pulling one of the greatest upsets in league history. With the season on the line, captain Yanky Itzkowitz worked out a tough walk to set the stage for Hank Dweck. The struggling Dweck hit a hot shot to Steven Gindi, Gindi instinctively tried to get the World Series winning force out to 2nd but unfortunately for Rubble On The Double, Itzkowitz was off to the races running hard on the release and created havoc on the bases, and was safe at second base as a run came in to score to make it a 9-8 game.

And the Crowd Gets to Their Feet

The capacity crowd was on their feet, the 2021 season was hanging in the balance. Edmund Beyda was doing everything he could to secure his first World Series title in his first year, and just had Butchy Cohen to retire to accomplish immortality. Beyda induced a weak bloop to short right field, Captain DT had it lined up, but Elliot Setton was barreling in and called him off. Setton gave up his body and went into an all-out sliding dive and the ball bounced in and out of his glove. The Ball Busters capitalized and scored 2 to win it in the third walk-off win of the series and ends the season with a 15-3 record! Alan Jemal took home the World Series MVP with his stellar play. On the series AJ went 6 for 11 with 2 walks, 2 doubles, a home run, 3 RBI’s, 3 runs scored, and played a stellar CF.

Highlights from this epic World Series can be found on the league’s website www.SYSoftball.com. 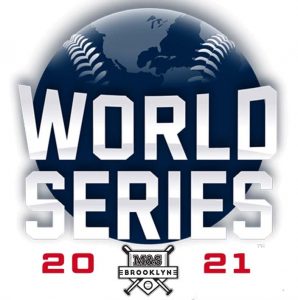