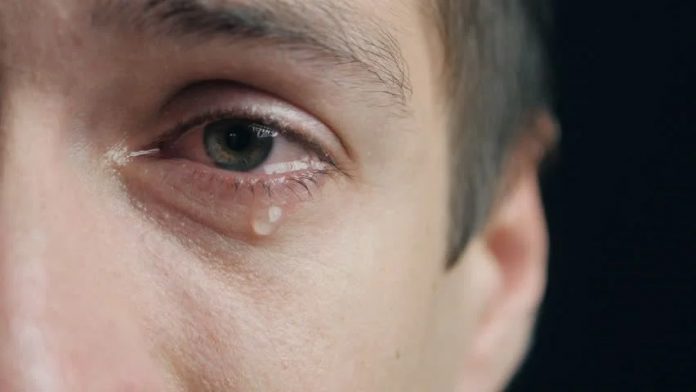 The story of Yosef and his brothers, the emotional culmination of which is read this month, ranks among the most famous and most dramatic stories told in the entire Tanach – but is also among the most difficult stories to understand.

Yosef’s brothers, seeing him as a threat to the family, did the unthinkable, selling him to passing merchants as a slave.  The merchants brought Yosef to Egypt and sold him to an Egyptian nobleman.  A miraculous sequence of events catapulted Yosef from the lowest depths to the greatest heights of wealth, power and prestige, as he became Egypt’s vizier, second only to Pharaoh.  Having predicted seven years of surplus which would be followed by seven years of devastating shortage, Yosef was assigned the task to oversee the storage of grain during the seven surplus years, and then preside over the grain’s distribution and sale during the ensuing years of famine.

Back home in Eretz Yisrael, Yosef’s family was hit hard by the famine that struck the ancient world.  Like many people in the region, Yosef’s brothers traveled to Egypt to purchase grain, and found themselves standing before the vizier – their brother, Yosef, who recognized them, but whom they did not recognize.  Yosef’s only younger brother, Binyamin, remained home, as Yaakov wished to protect him.

Yosef’s conduct upon seeing his ten older brothers is the most puzzling part of this remarkable narrative.

Seemingly without any cause or reason, he accused them of coming to Egypt as spies.  He ordered them to prove their innocence by returning to their homeland – while one of them remained in Egypt as “collateral” – and bringing their younger brother.  Yaakov initially refused to allow Binyamin to travel to Egypt, but he finally relented after Yehuda announced that he would take personal responsibility for ensuring Binyamin’s safe return home.  During the brothers’ second sojourn in Egypt, Yosef had his butler frame Binyamin by planting Yosef’s silver goblet in Binyamin’s luggage.  Binyamin was then accused of theft, and Yosef demanded that Binyamin remain in Egypt as his slave.

Yehuda spoke up, pleading with Yosef to allow him – Yehuda – to remain in Binyamin’s place.  He explained how Yaakov’s favorite wife – Rachel – had only two sons, one of whom (Yosef) was already gone.  Yaakov would not survive the anguish of losing Binyamin, as well.

When Yehuda finished his plea, the Torah relates, “Velo yachol Yosef lehit’apek” – Yosef could no longer control himself, and he told the brothers who he was (Beresheet 45:1-2).  He then instructed them to bring their father, their wives and their children to Egypt where he would support them throughout the remaining famine years.

What was Yosef doing?  Clearly, a person as righteous as Yosef was not out to take revenge.  So why did he insist that they bring Binyamin?  Why did he then frame Binyamin as a thief?  And, what was his plan which he failed to execute because of his loss of self-control?

Uprooting the Seeds of Fraternal Strife

The key to understanding Yosef’s mysterious conduct is recognizing the cosmic significance of mechirat Yosef (the sale of Yosef as a slave).

These events transpired during the incipient stages of Jewish history, when the spiritual foundations of Am Yisrael were being laid.  The actions of our ancestors set into motion certain spiritual forces which would remain with their descendants until our day and beyond.

Seen from this perspective, mechirat Yosef was far more than a grievous offense committed by the brothers against Yosef.  Its consequences were catastrophic.  It planted within Am Yisrael the seeds of sin’at ahim – fraternal strife, baseless hatred.  This event, we might say, altered the spiritual DNA of the Jewish Nation, plaguing us forever more with the scourge of jealousy and malice among our people.  This was truly a catastrophe.  Gd made a covenant with our nation so that we would show the world the highest standards of morality and sanctity, that we would set an inspiring example for others to emulate.  This goal cannot possibly be realized when we are mired in ugly competitiveness, hostility, backstabbing, and hatred.

Upon seeing his brothers before him, Yosef seized the opportunity to achieve a tikkun – a rectification of the grave sin they had committed.  His goal was to uproot the seeds of sin’at ahim before they could sprout and permanently plague our nation.

This idea is developed by the Or Ha’haim (Rav Haim Ben-Attar, 1696-1743), who explains on this basis why Yosef arranged that his brothers would be accused of theft.  The brothers had “stolen” Yosef, essentially kidnapping him and then selling him as a slave, and they got away with it.  They devised a ruse – dipping Yosef’s cloak in a goat’s blood and showing it to their father, to make it appears as though Yosef had been devoured by an animal.  To rectify this sin, Yosef arranged that they would be caught stealing.  They would experience the shame, embarrassment and horror of being discovered committing a crime, to atone for the crime they committed against him for which they were never charged.

However, the Or Ha’haim adds, there was also an additional element of the brothers’ process of rectification.  The brothers had taken away from Yaakov one of the two sons borne by his beloved wife, Rachel.  In order to rectify this sin, Yosef arranged that they would be in a position to do just the opposite – put themselves on the line for the other son of Rachel.  Yosef wanted to see how they would react when he decided to keep Binyamin in Egypt and send them back to Yaakov without him – and they passed the test with flying colors.  Yehuda, the leader of the brothers, offered himself in Binyamin’s place.  This marked the polar opposite of mechirat Yosef: then, they drove away a son of Rachel, whereas now, they were willing to sacrifice everything so that a son of Rachel could return home to his father.

The question that remains is what Yosef was planning to do before he broke down and revealed his identity to the brothers.  After they had endured the humiliation of being charged with theft, and then showed their willingness to do everything possible to allow Binyamin to return home, what else was needed to complete the tikkun for the sale of Yosef?

The answer is provided by the Meshech Hochmah (Rav Meir Simcha Hakohen of Dvinsk, 1843-1926), who notes an oft-overlooked aspect of mechirat Yosef.  As the brothers themselves recalled (Beresheet 42:21), Yosef pleaded with them not to carry out their scheme.  As they threw him into a pit and then sold him, he begged them to desist, but they ignored his cries.

The brothers needed to endure that dreadful feeling of not being heard, of having their desperate pleas for help disregarded.  Yosef’s plan was to ignore the brothers’ petition, to have them experience a cruel, cold-hearted response just as he had experienced when they sold him as a slave.  His plan did not succeed, however, because Yehuda’s plea was so genuine and so emotional, as he described the pain Yaakov would suffer if Binyamin would not return, that Yosef simply could not continue.  Thus, the tikkun remained incomplete.

We know all too well what the failure to complete this tikkun has meant.  The plague of sin’at ahim has remained with us to this very day.  The seeds planted by mechirat Yosef has produced unseemly weeds in the beautiful “garden” that is Am Yisrael.  We have so much to be proud of, so many outstanding achievements to celebrate, but we remain, sadly, divided and beset by fights and controversies.  We are all brothers, like Yaakov’s sons, but we, too, have a tendency to turn against one another instead of loving and embracing one another.  And this has brought us so much suffering.  The second Bet Hamikdash, as the Gemara famously teaches, was destroyed because of baseless hatred.  The ten martyrs cruelly executed the Romans, according to the teachings of the Arizal, correspond to the ten brothers who sold Yosef, showing us that fraternal strife yields devastatingly tragic results even centuries later.

In light of what we have seen, we might say that the “missing link” in rectifying the sin of sin’at ahim is hearing our brother’s cry, even when we feel we have reason not to.  The brothers felt justified in selling Yosef, who brought embarrassing information about them to their father.  But despite everything, they should have, at very least, heard his cry.  When a fellow Jew is in pain, then no matter who he is, we must hear his cries, disregard any differences between us or grudges we may have, and lend a helping hand like devoted brothers.

So many of our fellow Jews are crying.  Illness, financial struggles, mental health issues, addictions, family discord, broken homes, rebellious children – we have countless brothers and sisters who are crying for help.  Perhaps one takeaway from the story of Yosef is that we mustn’t ignore the cry of any Jew, regardless of which “camp” he or she belongs to, regardless of how he or she votes, and regardless of his or her opinions on the “hot button” issues of the day.  There are many different kinds of Jews – but we are all brothers, and we must treat each other as such.

May our generation be the one that achieves the final tikkun to the sin of mechirat Yosef, that once and for all eliminates the ill of sin’at hinam that has afflicted our people for millennia, so our generation will be the one to greet Mashiah in the gates of the rebuilt Bet Hamikdash, with love and unity, amen.