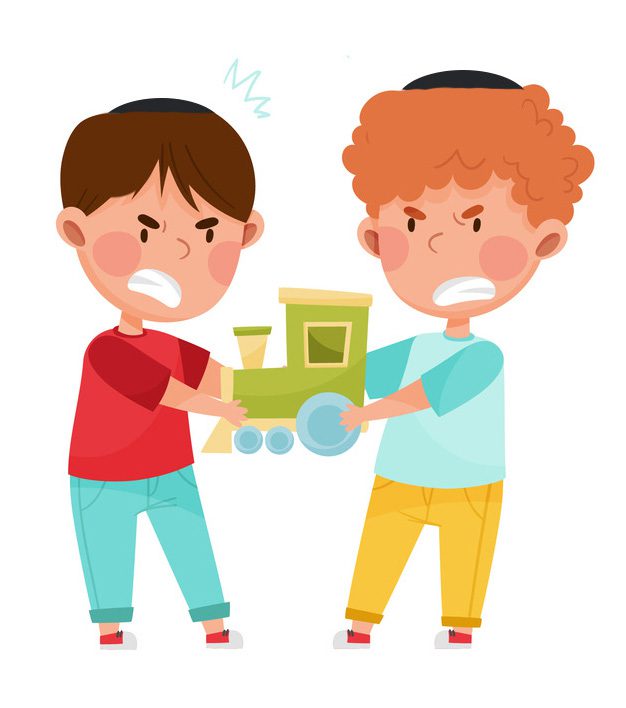 We recently discussed the idea of modeling whatever we want to see in our children.  Here are a few more values we want to model.

Model Communicating in a Healthy Way

This is really important. We want to make sure we model for our kids how to communicate in a healthy way.

Let’s say our child does something that perplexes us. For example, grabbing a toy from another child. Of course, we need to guide them, direct them, stop them, separate them, or do whatever needs to be done in a loving way. But we want to make sure that we communicate whatever we need to say to them in a healthy way.

So instead of approaching the child and saying,

Try another way. Approach your child and communicate with an understanding that all that happened was that someone made a mistake. Isn’t that what we would want them to think of when they get upset?

Try saying to your child, “I’m just trying to understand what’s going on. I saw that he had the toy. Did you also want to play with that toy?”

That’s one way of communicating in a healthy way. There are many others. Just make sure if you want your kids to be communicating in a non-judgmental way, that you are saying and doing exactly what you would like to see from them.

“Only you’re inside your head,” and “Only you know how you’re feeling,” are phrases I like to use to show that your mind and heart belong to you.

Recently, a mother came to me complaining that her five-year-old son was arguing with her almost every night at dinner time, saying that he wasn’t hungry.

He was fighting eating what he actually did want to eat because every time his mother told him to eat, he felt like he was being controlled by her. She said she felt he was fighting about eating to show her he was in charge.

Well, children are really in charge of themselves!

So, I told her that she should go back to him and say, “Mommy realized only you’re the one who is inside your head. Only you know what feels right to eat! I’m sorry. Mommy’s not going to be talking to you about it at the dinner table anymore!”

And she said she experienced a massive turnaround with him. After that experience, he was able to eat on his own much better within a few short days!

And if a child is having strong feelings, we want to tell the child, “Of course, only you know how you’re feeling!”

So, if someone ever says to your child, “You did this because you feel/think…,” you can coach them to remember that only they know what they think. Only they know how they feel. But first and foremost, you want to show them that you believe that, too.