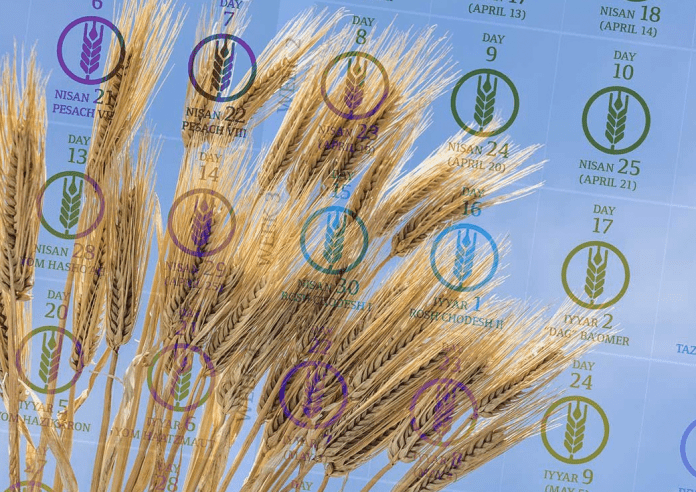 The days of counting from Pesah to Shavuot are in anticipation and preparation for the goal of yesiat Misrayim ― receiving the Torah. Regarding Avraham Avinu it is written, “…and Avraham became old, coming in days.” This refers to the greatness of Avraham Avinu that as he grew older, he came with every day, as each day was another step to achieve more. Sefirat ha’omer is a time to prepare for Shavuot when we accept the Torah. We can master that greatness, one day at a time. The counting should be accompanied with a plan that one can visualize and have a takeaway of a tangible accomplishment like each day of Avraham Avinu. We should make every day that we count ― count.

When is the best time to count?

One should count right after nightfall, which is approximately forty minutes after sunset, so that he is counting the entire coming day. If one is concerned that he will forget to count, then already after sunset one may count with a beracha.

One who did not count at night, counts by day without a beracha and then on subsequent nights with a beracha. Therefore, we have a custom to mention the count during Shaharit, so that one who forgot last night will fulfill his obligation then.

Can I eat supper before counting?

From a half-hour before the time of a mitsvah, such as tefillah, keriat shema, and counting sefirat ha’omer, one may not eat more than a k’beitsah (50 grams) of bread or mezonot. Other foods, including rice, chicken, meat, etc., may be eaten even in larger quantities. However, if one appoints a family member or friend who is not eating to remind him to count after his meal, he would be allowed to eat a full meal of bread or mezonot.

Why do we stand?

When we perform mitsvot, such as shofar, lulav, pidyon, etc., we stand. The source of standing by mitsvot is actually from omer as the pasuk states “from the beginning of the sickle harvesting – bakamah – the standing crop”; the word bakamah also teaches us that we perform the mitsvot while standing.

I mistakenly counted the wrong number; do I recite a new beracha?

One who counted the wrong day did not fulfill his obligation and is required to count again with a beracha. If the mistake was realized immediately – within approximately one and a half seconds ― the correct day should be recited without a beracha. After that time, he will need to recite a new beracha and count.

Can I recite the beracha and then figure out the correct number by following the person next to me?

Another important point is that one should realize what number he is counting. It is not merely about saying certain words that fulfills the mitsvah, but rather to understand the number counted.

I am not sure if I missed a day, do I continue?

According to some opinions, the forty-nine days of sefirat ha’omer require a continuous counting without missing a day. In deference to this opinion, one who misses a day, although he will lose the beracha, is required to continue to count on the following nights. However, if one is not sure if he missed a day or not, he will continue his counting with a beracha.

I always end up missing a day! May I start counting with a beracha?

Yes. Before a day is actually missed, one would still count with a beracha even if he knows that he will definitely miss a day. Therefore, if someone has a scheduled surgery or something that will prevent him from counting a complete day of the omer, he should yet begin to count with a beracha.

Do women and children count the omer?

Young boys should be taught to count once they reach the age of hinuch ― six years old, like every other mitsvah. A minor who missed a night of counting is different from an adult and should continue to count with a beracha. However, women do not count at all, even without a beracha.

I told someone what day it is; may I count with a beracha?

When asked what day it is, it is best to respond, “Yesterday was such-and-such.” In order for one to fulfill his obligation, his counting has to be prefaced by saying, “Today is day…” Therefore, if one did not yet count and responded “today is day six,” he would lose his beracha. However, if he just answered “six” or “it’s six,” he may still count with a beracha.

What if one becomes bar mitsvah in the middle of sefirat ha’omer?

A minor who will become bar mitsvah in the middle of sefira should start counting with a beracha until he turns thirteen. After his bar mitsvah, the question arises whether it is considered that he is starting anew in the middle of the omer; therefore, he may not be able to recite a beracha. For this FAQ, we would refer one to his Rabbi.

When is the earliest time I can take a haircut, listen to music, etc.?

All the customs of the sefira (i.e. weddings, music, haircuts) apply until the morning of the thirty-fourth day. Regarding music, however, the custom is to be lenient on Lag la’omer if the music is being played at a hilula for Ribbi Shimon Bar Yochai.

Can I buy new clothes during the days of sefira?

One may buy new clothes during sefira. However, for clothes that require a sheheianu, it is preferable to wear them first on Shabbat and recite sheheianu then. Sheheianu on fruits may be recited even during the week.

Why do we study Pirkei Avot during sefira?

As mentioned, these days are in preparation and anticipation of receiving the Torah. We therefore learn Pirkei Avot which motivates one to the observance of Torah and mitsvot, and the study of the foundation for Torah ― our character traits. Secondly, Pirkei Avot focuses a lot on our interpersonal relationships that were at a low point during this period and therefore require our attention to study properly.

Imagine today a Rabbinical learning program with twenty-four thousand rabbis going to cities throughout the world. If they had been around even one century ago, the exponential number of religious growth worldwide would be on such a grand scale, the Mashiah could come! This is how we can view the magnitude of this tragic loss of the students of Ribbi Akiva. They passed away over two thousand years ago – it could have been a transformation of our nation beyond epic proportions. In respect to the mourning of this period, we do not marry, have parties with music, take haircuts, and other limitations.