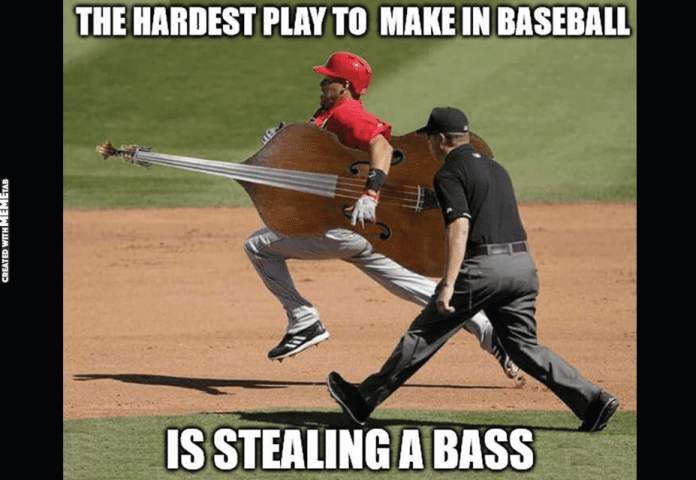 Henry recently opened up a flower shop and he was trying his best to win new customers, although he always seemed to get himself into trouble.

One day an angry man came storming into his store. “What the heck is going on here?” he demanded. “I just lost one of my main clients and it’s your fault!”

“Why don’t you calm down a bit, sir?” said Henry. “Explain to me what exactly happened.”

“Well,” said the man, “my biggest client, Abe Cohen, moved to a new location, and to be nice I called you guys up and asked you to send him some flowers with a note saying ‘Congratulations.’”

He calls me up and says to me, “What’s the big deal with sending me flowers with a note that says, ‘My condolences’?!”

“Are you sure your client’s name is Abe Cohen and not Abe Epstein?” asked Henry.

“Oh, well I guess now I know why I got that nasty message from the funeral parlor.”

Itzik enrolled in the elite Israeli Paratrooper unit called “Tzanchanim” and while its soldiers are known for their bravado, Itzik was a little nervous.

On his first day of class Itzik asked his instructor, “If our chute doesn’t open, and the reserve doesn’t open, how long do we have until we hit the ground?”

The training officer looked at Itzik without hesitating and answered, “The rest of your life.”

At his 103rd birthday party, the Rubenstein family gathered around Uncle Hymie for cake and words of wisdom.

“So, Uncle,” asked little Stevie inappropriately, “Are you going to be around for your 104th birthday party?”

“I certainly will,” Uncle Hymie replied.

“How can you be so sure?” Stevie asked.

“Well,” Hymie replied, “Statistics show that very few people die between the ages of 103 and 104.”

Little Shloimie Rothbart had just been put to bed for the umpteenth time and his mother’s patience was wearing thin. “If I hear you call ‘Mommy’ one more time, you will be punished,” she warned him sternly.

For a while it was quiet, and then she heard a small voice call from the top of the stairs, “Mrs. Rothbart? Can I have a drink of water?”

It’s 10pm when the phone rings in Dr. Minkofsky’s house. “It’s Dr. Gold,” says his wife, passing him the phone, “I do hope it’s not another emergency.” Dr. Minkofsky takes the phone and says, “Hi, what’s up?”

“Don’t worry, everything’s okay,” replies Dr. Gold. “It’s just that I’m at home with Dr. Lewis and Dr. Kosiner. We’re having a little game of poker and we’re short of one hand so we thought you might like to come over and join us.”

“Sure… yes, of course,” replies Dr. Minkofsky, putting on a serious voice, “I’m leaving right now.” And he puts down the phone.

“What’s happened?” his wife asks, with a worried look.

A woman wants to take her dog to Israel, so she goes to the travel agent to find out how. He says, “It’s easy. You go to the airline, they give you a kennel, you put your dog in it, when you get off at Tel Aviv go to the luggage rack, and there’s your dog.”

So, she does as the travel agent says, gets off at Tel Aviv, goes to the luggage rack, but no dog. She goes to the lost and found, says, “Where’s my dog?” They look all over the airport for it, and find the dog in another terminal. Only the dog is dead.

Then one says, “Wait a minute, it’s a cocker spaniel. They’re common dogs. There’s a pet shop across the street from the airport. We’ll get the same size, shape, color, sex. She’ll never know the difference.”

They bring the woman the other dog, but she says, “That’s not my dog.” Laughingly and making light of it they say, “What do you mean that’s not your dog?”

To which she responds, “My dog’s dead. I was taking it to Israel to bury it.”

Barry went to visit his dentist, Dr. Goldstein, and sure enough, his candy habit had caught up to him.

Dr. Goldstein: I have to pull the aching tooth, but don’t worry – it will take just five minutes.

Barry: And how much will it cost?

Dr. Goldstein: I can extract it very slowly if you like.

Little Maxie was so proud of himself for making a birthday cake for his mother. Chocolate cake was her weakness, Mrs. Rosenberg gulped down almost the entire thing. When she was finished, Little Maxie happily exclaimed, “I’m so glad you like the cake I made you, Mommy. I’m sorry, there should have been 32 candles on the cake, but they were all gone when I took it out of the oven.”

Abe and Irv were neighbors in a Florida retirement community, and both proud pet owners.

“My dog is so smart,” Abe bragged, “that every morning he waits for the paperboy to come around. He brings the kid his tip and then brings me the paper, along with my morning medicine.”

“How could you know?” asked Abe.

“Because my dog told me.”

Little Moishie Epstein was sleeping away from home for the first time – sleeping at his Grandma and Grandpa’s.

Shmuel is a mashgiach, a kosher supervisor, at a busy kosher restaurant. One of his jobs is to wash fruits and vegetables to insure that they are insect free. One day the owner of the restaurant, David, comes into the kitchen to check on Shmuel, who is hard at work washing lettuce.

David notices something green in Shmuel’s hair. David pulls it out and – it’s a piece of lettuce.

“Whoa, is there anything else in there?” David says jokingly.

“Oh no,” Shmuel smiles. “That was just the tip of the Iceberg!”