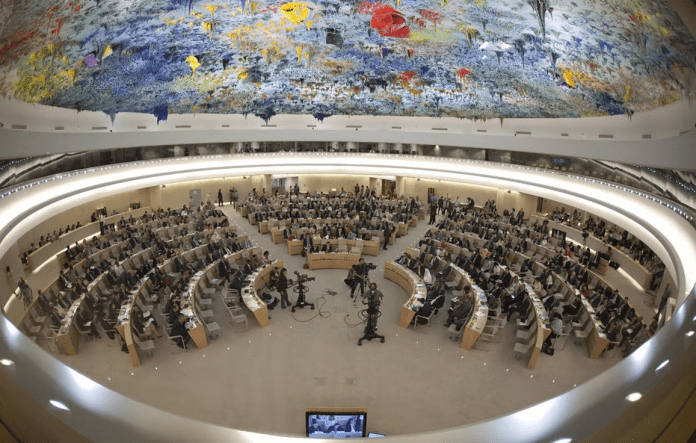 In April 2022, the Anti-Defamation League reported that in 2021 anti-Semitic incidents reached a historic high across America. As a child of Holocaust survivors these hateful acts are very distressing to me. Shoah survivors in their nineties, have been using social media to fight the spread of anti-Semitism.

The World Jewish Congress serves a vital role in combating anti-Semitism, supporting Jewish communities, and functioning as the diplomatic arm of the Jewish people. The hateful rhetoric on the internet and the misinformation posted on social media have sparked random acts of violence, and strategies are needed to contend with anti-Semitism on this additional front.

I recently attended a WJC online seminar entitled “The Abraham Accords: Building Bridges to the Future.” Joseph Tawil, a graduate of Flatbush Yeshiva, hosted this engaging session. I learned about WJC’s mission, its global reach, their essential programs, and that more members of the Sephardic community are joining its leadership programs.

Of the many eye-opening facts I heard was that there are more influencers on social media platforms than there are Jews in the world. This statistic is quite frightening. WJC President Ronald S. Lauder is committed to fighting anti-Semitism on this frontier. Mr. Lauder is an internationally prominent businessman, philanthropist, and community and civic leader with a deep commitment to his Jewish heritage.

Primarily, WJC’s remarkable brand of supporting Jews everywhere embodies the Jewish value that all Jews are responsible for one another. This idiom is at the core of the Jewish concept of communal responsibility. The WJC’s mission includes defending ourselves in human rights issues and safeguarding our Jewish brothers and sisters.

The WJC is the only representative body of Jewish communities in more than 100 countries that stands steadfastly with Israel on the global stage and leads the fight against anti-Israel and anti-Jewish hatred.

Two-hundred-thirty delegates representing Jewish communities in 32 countries met in Geneva, Switzerland in August 1936 to establish the WJC. The danger to the Jews was clear and present:  Jews in Nazi Germany were being persecuted and stripped of their rights, and a growing wave of anti-Semitism was striking Jews across Europe.

The newly founded organization had the following goals: to mobilize the Jewish people and the democratic forces against the Nazi onslaught; to fight for equal political and economic rights everywhere; to support the establishment of a Jewish national homeland in Palestine; and to create a world-wide Jewish representative body based on the concept of the unity of the Jewish people.

Throughout World War Two, WJC actively lobbied the Allied governments to grant visas to Jewish refugees from Europe and to restore Jewish minority rights in liberated areas. Though not the first message to reach the Allies about the Nazi’s plans to murder the Jews of Europe, a telegram sent by Gerhart Riegner, WJC’s representative in Geneva, to the U.S. State Department led to increased awareness and reaction to the atrocities committed

After the war, the WJC started to rebuild Jewish communities in Europe, helped displaced persons and Shoah survivors, pressed for Germany’s indemnification of victims of Nazi persecution, and advocated for the punishment of Nazi leaders for crimes against humanity.

The WJC was among those who lobbied the United Nations and governments to support the establishment of the State of Israel.

During the 1990s, Congress also petitioned for the restitution of assets of Holocaust victims held in Swiss and other countries’ bank accounts and ensured that the funds were returned to their rightful owners or that adequate compensation was paid. Commissions were established to investigate Holocaust-era assets such as looted art and recovered funds utilized for diverse programs. Under the leadership of WJC President Edgar Bronfman, the WJC exposed the Nazi past of Austrian President and UN Secretary General Kurt Waldheim.

The WJC’s search for justice for forced laborers during the Holocaust resulted in the creation of an $8.63 billion German fund in 2001.

The WJC has been at the forefront of fostering a better understanding with other religions and facilitated the establishment of diplomatic relations between Israel and the Holy See (the secular arm of the Vatican) in 1993.

Today, the WJC is the only global Jewish organization with affiliated communities and organizations in over 100 countries around the world. It is committed to ensuring the safety of Jewish communities globally, protecting and defending Jews everywhere, and standing up to hate.

The WJC sponsors a number of programs. The Jewish Diplomatic Corps (JDCorps) is its flagship program.  Others include: NextGen, The Special Envoys and Coordinators Combating Antisemitism (SECCA), The International Council of Jewish Parliamentarians (ICJP), The Israel Council on Foreign Relations (ICFR), Yiddish Center, and Webtalks.

The WJC JDCorps is a diplomatic impact and leadership program of young Jewish professionals engaged in public diplomacy. Led by the vision and leadership of President Lauder, the Jewish Diplomatic Corps empowers the new generations of outstanding Jewish leaders.

The group is a highly selective international network of over 360 members from 60 countries receiving opportunities, experience, and skills to impact Jewish interest through diplomacy and public policy. Its objective is to represent and strengthen the Jewish communities, ensuring their strong voice in global affairs today and for decades to come.

When COVID-19 hit, the JDCorps proactively and passionately supported Jewish communities around the world, as they confronted unprecedented challenges caused by this global crisis. As Jewish communities redirected their activities to the digital sphere, the JDCorps launched virtual projects to ensure that their advocacy work continued undiminished.

Its online advocacy efforts include a series of interviews of key experts by JDCorps members on Facebook Live. A wide variety of issues are discussed including the United Nations’ fight against anti-Semitism, the latest in the field of Holocaust education, Israel’s battle to end the bias at the UN Human Rights Council, and more. Through this digital platform, JDCorps can continue to share and discuss firsthand what is happening in the world, even from a distance, and reaches a broad audience in their homes.

Practicing tikkun olam, the Jewish directive to “repair the world,” often translated as pursuing social justice, JDCorps members reacted swiftly, shifting their business models and their focuses.  For example, members moved from whiskey production to manufacturing and providing free hand sanitizers for first responders, others installed mobile hospitals in Peru to screen and treat patients for COVID-19, and yet others assembled Passover packages to the elderly in Israel, and more.

The WJC continues to stand ready to help in any way possible when our brothers and sisters in the Ukraine and hundreds of thousands of refugees are suffering. Through the WJC Ukrainian Humanitarian Relief Effort, the WJC is raising critical funds to ensure that those displaced by the current tragedy, and the people of Ukraine who are enduring horrific hardships, will receive the aid they desperately need for food, water, shelter, medicine, and resettlement.

Getting back to the Abraham Accords online seminar, the Keynote Speaker was Dr. Efrat Sopher, a member of the Executive Committee of the WJC and a member of the Jewish Diplomatic Corps. She recently joined a 40-member delegation from 20 countries who participated in a week-long visit to the United Arab Emirates for high-level meetings with government representatives, think tanks, business leaders, and faith communities. Moderating the exciting discussion was our own Jennifer Sutton, a JDCorps member and Executive Director of the Council for a Secure America, an organization dedicated to promoting U.S. energy independence, its impact on U.S. foreign policy, and the strategic relationship between the U.S. and Israel.

The key question: are there optimistic signs in the region that we can look to in the hope of a safer and more peaceful outlook for Israel? The answer was a resounding yes. JDCorps delegates engaged in open and frank talks with a range of UAE officials, sensed their leadership was open to their ideas and are hopeful that their visit was not only a one-time mission.

For questions about the WJC, the JDCorps or to get involved, please email Isaac Choua, Operations Manager, JDCorps and WJC Liaison, at isaac.choua@wjc.org.

Ellen Geller Kamaras, CPA/MBA, is an International Coach Federation (ICF) Associate Certified Coach.  Her coaching specialties include life, career, and dating coaching.   She can be contacted at ellen@lifecoachellen.com (www.lifecoachellen.com).