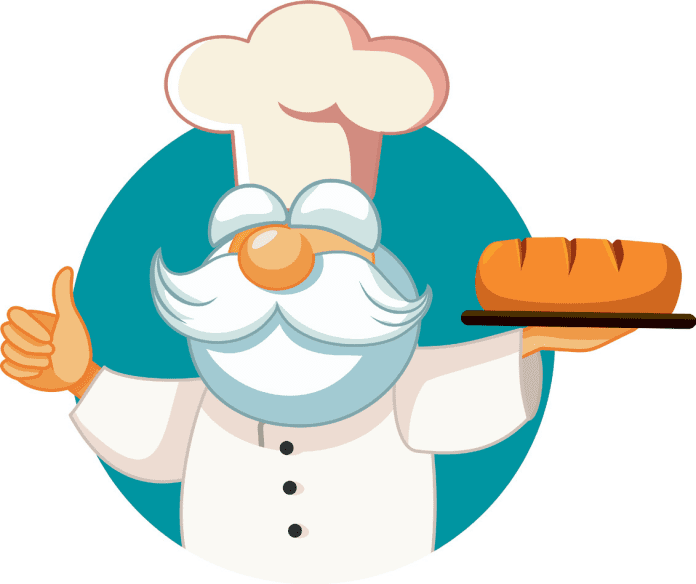 One of the difficult struggles that rabbis have is to combat overconfidence and complacency.  There are people who insist they are good enough the way they are, that they don’t need to change anything, that they are already sufficiently observant, and so they don’t want to be told how they have to do things better.

This is NOT the problem that I would like to address here.

Instead, I want to discuss the opposite problem – which, in my experience, is no less common, and no less harmful to religious growth.

The story is told of a baker who came to the Hafetz Haim (Rav Yisrael Meir Kagan of Radin, 1839-1933) very distraught.  He had heard that according to Kabbalistic teaching, a mitzvah performed without genuine fear and love of Gd resembles a bird without wings, and it does not ascend to the Heavenly Throne.  This upset the baker terribly.

“I’m just a simple Jew,” he said.  “How much deep intention and emotion can I have when I pray or perform mitzvot?  Does this mean that my mitzvot have no value?  Should I even bother?”

I know that many people today struggle with variations of this question.  As mentioned, there are those who insist that they already do enough, so they don’t bother doing more; but there are also those who feel that nothing they do will ever be enough, and so they just give up.  People recognize that they do not always act as they should, or that their mitzvot are far from perfect, and conclude that there is no point in trying.

The Hafetz Haim’s answer is both brilliant and instructive.

He asked the baker how his business was doing.

“Well, not so great,” the baker replied.  “The customers are sometimes very particular.  They want only the loaves that come out perfectly.  Sometimes, at the end of the day, I’m left with all these rolls that weren’t precisely to the people’s satisfaction.”

The Hafetz Haim warmly blessed the man that he should enjoy success and prosperity.

Soon thereafter, World War I broke out, causing widespread food shortages throughout Europe.  The Hafetz Haim met the baker, and inquired about his business.

“Actually, rabbi, the business is doing remarkably well,” the baker said.  “Now, because there isn’t all that much food available, people are buying all that they can get.  I can’t produce the loaves fast enough to meet the demand!”

“The same is true of our mitzvot,” the Hafetz Haim explained.  Long ago, he said, when mitzvah observance was relatively easy, Gd demanded perfection, only the highest standards of performance.  But in our times, when living a Torah life is fraught with difficult struggles and challenges, every mitzvah we manage to perform is enthusiastically welcomed and cherished by Gd.

The reason why this message needs reinforcing is because we can so easily be lured into thinking that we are righteous for dismissing ourselves as spiritually hopeless.  After all, our tradition regards humility as one of the most important character traits.  The Mishnah in Pirkeh Avot (4:4) instructs, “Me’od haveh shefal ru’ah – Be very, very lowly of spirit.”  We are to be exceedingly humble.  One might thus feel virtuous for seeing himself as unworthy of learning Torah or performing mitzvot, for assuming that Gd no longer has any interest in him.

But in truth, there is nothing virtuous about such thought.  To the contrary – such sentiments are placed in our head by the yetzer hara (evil inclination).

The Ba’al Shem Tov (1698-1760) went so far as to say that most of people’s humility is illegitimate, and leads to sin.  More often than not, the Ba’al Shem Tov taught, humility moves people further from the service of Gd, rather than bringing them closer.  People use humility as an excuse for giving up, rather than as a motivator to work harder and achieve more.

The Torah (Shemot 27:20) commands that the oil used for the kindling of the menorah in the Bet Hamikdash must be “katit” – especially fine oil, the first drops squeezed from the olive.  The Mishnah (Menahot 8:5) teaches, “Katit lama’or velo katit lamenahot” – this requirement applies only to the oil used for the kindling of the menorah, but not to the oil used with the menahot – the grain offerings.  The deeper meaning of this passage, as some rabbis noted, is that the experience of “katit” – of feeling “crushed” and broken – must serve the purpose of “ma’or” – “illumination,” to help us shine and radiate.  It must not lead to “menahot” – to “rest” and complacency.  Humility is a critically important aspect of religious life – but only when it leads us to redouble our efforts to “shine,” to excel.  If humility leads us to despair, to give up, to feel we are worthless and hopeless, then such humility in sinful, and must be abolished.

Stop “Trampling” on the Mitzvot!

Rashi takes note of the unusual word “ekev” in this verse – a word which can also be read as “akev – heel.”  According to Rashi, the Torah here alludes to the observance of “the mitzvot which a person tramples on with his heel.”

The common understanding of Rashi’s comments is that he refers to mitzvot which, for one reason or another, people tend to disregard, to view as unimportant.  Many mitzvot have earned widespread, scrupulous and enthusiastic observance.  Some examples that come to mind are Hanukah candle lighting and the kaddish recitation during the year after a parent’s passing.  Other mitzvot have not been as fortunate – such as, perhaps, remaining silent during the prayer service, and refraining from negative speech about other people.  Rashi thus tells us that the Torah here promises rewards specifically for observing the less “popular” mitzvot, those which people tend to overlook.

However, there is also an additional reading of Rashi’s comments.

The verse in Mishleh (22:4) associates humility with the word “ekev” (“Ekev anava yir’at Hashem…”).  The heel is situated at the bottom of the human body, and all the way at the back of the foot, thus symbolizing lowliness, a humble spirit.  Accordingly, Rashi’s remark – “mitzvot which a person tramples on with his ‘heel’” – could be understood as referring to a person who “tramples” on the mitzvot with his humility.  He allows his humble recognition of his failings and shortcomings to cause him to feel worthless.  He is aware of all that he does wrong, and all the right things which he does not do, and figures that he might as well give up.  And so he “tramples” on the mitzvot, neglecting them entirely, wrongly assuming that any mitzvah he performs has no value.

Later in Parashat Ekev (9:24), Moshe speaks to Beneh Yisrael and recalls the sins they committed in the wilderness, proclaiming, “…mamrim heyitem im Hashem – you were rebellious with Gd.”  While at first this strikes us as a scathing condemnation, these words also imply a compliment.  Moshe praises the people for remaining “with Gd” even in periods of betrayal.  Even when they disobeyed and angered Gd, they didn’t just give up.  They mustered the strength to stay with Hashem even after they began drifting away.

King David, in Tehillim (134:1), summons “kol avdeh Hashem, ha’omdim beveit Hashem belelot – all the servants of Gd, who stand in the house of Gd during the nights.”  The most devoted “servants of Gd” are those who remain “in the house of Gd during the nights,” who retain their commitment even during dark periods, when they have slipped and declined, when they have fallen into spiritually “dark” areas.  The service of Gd is not reserved for the outstanding tzadikim (righteous people) who never err.  It is also for the rest of us, who occasionally, or even frequently, make mistakes, and even some bad mistakes.  We, too, can become great – if we refuse to give up on ourselves, if we believe that Gd loves us and cherishes His relationship with us even though we have acted wrongly.

The Unparalleled Joy of Mitzvot

The rabbis teach in a different context that the word “vehayah” connotes joy; it is used only in reference to joyous occasions.  In this verse, then, the word “vehayah” emphasizes that observing mitzvot is joyous and exhilarating.  When we recognize how privileged we are to be able to serve the Creator, we are overcome by genuine joy and delight.

The use of the word “vehayah” in this context assumes even greater significance in light of what we have seen.  There can be nothing as joyous as knowing that Gd wants us to serve Him despite our mistakes and failures, that we are still His beloved children, notwithstanding the improvements that we need to try to make.

There is no contradiction whatoever between our feelings of shame over what we’ve done wrong, and our feelings of pride over what we’ve done right.  The fact that we need to be better does not negate the fact that we are already great.  This is not arrogance – this is, in fact, being humble the right way, in a way that spurs further growth, as opposed to leading to despair.

Let us always remember the Hafetz Haim’s message to the baker – every “loaf” in our day and age is precious.  We face so many lures, so many challenges to our religious lifestyle.  We should be proud and gratified over each and every “loaf” we produce, every mitzvah we perform, imperfect as it may be.  This pride and gratification should energize us with the confidence we need to move forward and become even greater.