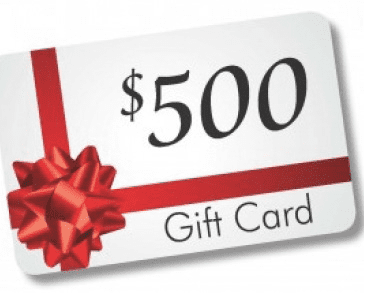 Bobby was interested in purchasing a fine piece of jewelry for his wife for their upcoming anniversary. On his recent trip overseas, while window shopping, he found the perfect piece. However, he did not make the purchase at that time. With his anniversary nearing, he reached out to Joey, an acquaintance in the country abroad, and instructed him to make the purchase for him. Bobby transferred the money to Joey and the very next morning Joey purchased the fine piece of jewelry. Much to Joey’s surprise, immediately upon the purchase the store owner presented him with a valuable $500 gift certificate. The store was running a promotion awarding a valuable gift certificate to the first customer to enter and make a purchase on that day. Joey later notified Bobby of the gift he received, and Bobby demanded that the gift be forwarded to him. After all, it was ultimately his purchase that made the gift possible. Joey resisted, explaining that the store owner specifically presented him with the gift certificate.

Who is entitled to the $500 gift certificate, Joey or Bobby? How should the Bet Din rule and why?

According to the ruling of the Shulhan Aruch, an unpaid messenger making a purchase on behalf of another is required by law to share with his sender a gift given to him by a storeowner.

The underlying reasoning for this ruling is a matter of halachic dispute.

Some early halachic authorities explain that since it is unknown whether the storeowner intended to gift the sender or the messenger, the law requires that they share the gift between them.

Other early halachic authorities explain differently. Since both the messenger and sender are entitled to the gift, they are required to split it. For on the one hand, if not for the sender’s money enabling the purchase, the store owner clearly would not be gifting the messenger.  On the other hand, if not for the messenger’s willingness to patronize that store, the storeowner would not have extended the gift. Hence, since they both participated in the transaction, they are both entitled to an equal share of the gift.

The halachic difference between these two dissenting views is in the instance in which the store owner specifically says that he wishes to gift only the messenger.

The above dispute, with the halachic difference between the dissenting views, is applicable to instances in which a storeowner gifts a messenger for a personal interest. If, however, the gift awarded is directly linked to the money spent on the purchase, it stands to reason that even the former view would agree that the sender is always entitled to his fifty percent share of the gift. Hence, in the instance in which the store policy awards a promotional gift to the first purchase of the day, all opinions agree that the gift is to be shared.

It is important to note that according to both views, if the storeowner expresses that his intention is to solely gift the sender, then the gift belongs only to the sender. Once the storeowner rules out any affiliation or relationship with the messenger, the gift is awarded to the sender who spent the money to earn the gift.

Hence, if one sends a messenger to purchase an item from a pharmacy and a “buy one get one free” sale is available, the second item free is the property of the sender. A pharmacy or any other commercial outfit does not have a relationship with the messenger. Thus, they are clearly gifting the sender, who is spending his money on the first product.

Our Bet Din ruled that Bobby and Joey, by rule of the Shulhan Aruch, were required to split the gift certificate equally. As explained in the Torah law section of this article, many halachic authorities rule that even if a storeowner thereafter claims that the gift is solely for the messenger, nevertheless, the gift is to be equally shared with the sender who paid for the purchase. In the case at hand, the store policy awarded the certificate to the first purchase of that day. In such an instance, in which the promotional gift is directly linked to the purchase, all opinions agree that the gift is to be shared. Although in the instance of a “buy one get one free” sale the second free item clearly belongs only to the sender who spent the money, our case at hand is different.  The storeowner that presented the certificate to Joey is claiming that the award is for him. Additionally, Bobby was overseas and was unable to enter the store that morning and he needed Joey’s presence to enable the gift. Bobby is, however, entitled to half the value of the certificate, for without his money enabling the purchase, the gift certificate would never have been awarded.

David rented a home from Steven for ten months, with the rental contract expiring on June 30, 2022. Although David was planning a trip overseas in early June, he nevertheless, as per his contractual obligation, sent Steven payment in full for the month of June. David moved all his belongings out of the house and returned the keys to Steven on June 7th, before he left for overseas with his family. While overseas, David immediately realized that he forgot to empty the vault in the master bedroom prior to his departure. He contacted his brother and gave him the code to the back door to enter and collect his valuables from the vault. Upon his brother’s entry to the home, he was confronted with an entire family living on the premises. The brother contacted Steven, the owner, and he arranged for the vault to be emptied and its contents returned. However, David was exasperated that Steven, without consent, rented out the home to another family before June 30. In Bet Din David demanded of Steven that all proceeds from the new tenants are to be forwarded to him. David explained that since he rented and paid for the home until June 30, he is the rightful owner and is entitled to the earnings. Steven replied that as the owner he had the right to rent out the vacancy especially after David returned to him the keys. Furthermore, Steven explained that he rented his home for the summer at a high summer rate per month and he clearly had no intention of forwarding his earnings to David. David responded by threatening that either the summer tenants vacate the property until July 1, or all proceeds of the three-week term be paid to him.