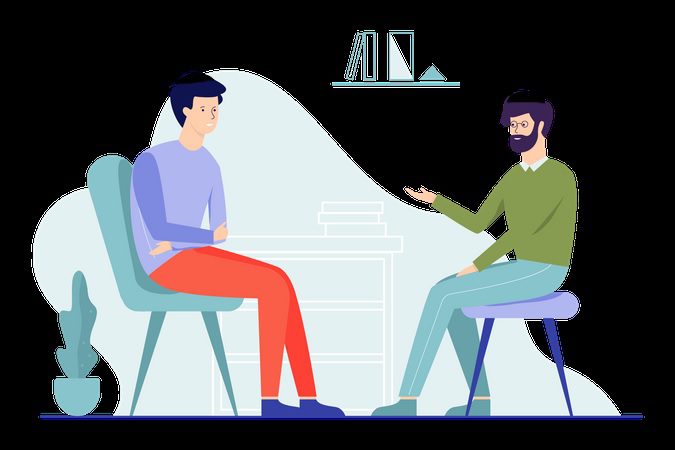 David is the go-to man in the community whenever anyone needs a favor, a donation, or a listening ear. He’s a member of numerous committees, a star employee, the default “busy person,” who others always feel comfortable approaching for help. He’s also crumbling under the stress of his myriad responsibilities and has grown resentful and irritable in private, but as a people pleaser who has been one for as long as he can remember, he can’t bear to disappoint anyone. David’s wife has reached out to her rabbi numerous times complaining how David goes to the end of the earth for others, yet is never home, how their children feel that he never spends time with them, and how, although David is a nice guy to her, she doesn’t feel like she has a relationship with him and is beginning to regularly feel resentment toward David.

Sara is the resident trendsetter among her family, friends, and acquaintances. She is always up-to-date and ahead of the game in seemingly every area of her life, from clothing to housewares to cooking to parenting. Somehow Sara is able to walk the streets with her seven children under the age of 12, all matching, as calm as can be, leaving everyone around her wondering how she does it. Sara recently had her first panic attack, is having difficulty falling asleep, and has increased her time on Instagram more than she ever could have imagined.

David and Sara may not seem like your stereotypical therapy clients. They haven’t necessarily experienced major trauma or faced acute psychological illness. Yet each can strengthen themselves and their relationships by prioritizing their mental health. They’re the personification of people who can change their lives for the better by becoming self-aware, understanding what makes them tick, and changing their personal narratives to achieve greatness, confidence, and serenity.

Contrary to popular belief, you don’t need to be stuck in the throes of a can’t-get-out-of-bed depression, recovering from severe trauma, dealing with out-of-control compulsions, or teetering on the brink of disaster to benefit from therapy. Therapy is not the clichéd lying-on-a-couch-and-talking-about-your-mother experience where the therapist’s only input is a sagely tell me how that makes you FEEL.

So what exactly happens in therapy, and who goes there?

There’s a science behind this, and it’s fairly simple: there’s a big gap between your logic and emotions, and therapy helps clients to bridge that gap.

The human brain has both left and right hemispheres, and they operate almost fully independently. Your left hemisphere operates fully logically, with zero emotions, and within time frames (your logic says: why should it still bother you that your boss fired you if it happened so many years ago?). Your right hemisphere operates fully emotionally, with zero logic, and time frames do not exist (that is why you can still feel the pain from when you were humiliated in 9th grade). This explains how one can read a fictional book or watch a movie knowing that the characters aren’t real and that the jump-scares don’t actually pose a threat to you, but yet you still feel the emotions that they’re designed to evoke even with your logic telling you,” It’s just a movie. It’s fake.”

David may know (logic/left hemisphere) that real kindness starts at home, and that he could and should say no to people just like everyone else does, yet he constantly fears (emotions/right hemisphere) “Would my friends really be friends with me if I said no?” or “Would the community really still respect me if I gave a lame $100 charity donation when they know I could afford more?” Sara may logically know that true happiness is not about being and keeping things perfect but about being present with herself and her children, yet the feeling of shame and embarrassment of making a mistake or not keeping it all together all of the time overrides her ability to listen to her logic.

Mental health professionals help clients notice these discrepancies and learn how to use both sides of the brain effectively.

Dr. Yossi Shafer, PhD is the clinical director and a clinical psychologist at Empower Health Center, a private practice of multispecialty psychotherapists. They can be reached at 732.666.9898 or office@empowerhealthcenter.net.