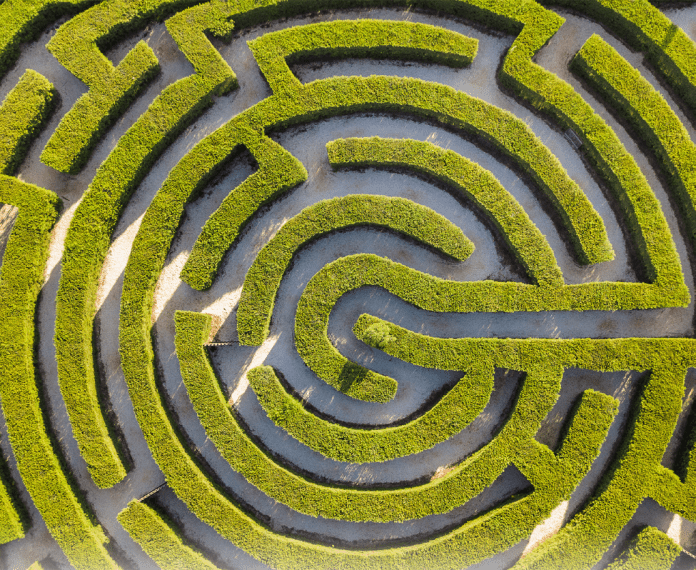 The yearly Torah reading cycle is not coincidental; every portion that we read is profoundly linked to the time of year in which it is read.  This is certainly true of the very first parashah, Parashat Beresheet, which we read immediately after the holiday season, on the Shabbat following Sukkot and Simhat Torah.

This parashah tells a number of painfully tragic stories – including Adam and Havah’s sin, which brought calamity into the world and for which they were banished from Gan Eden; and the first homicide in human history – Kayin’s murder of his brother, Hevel.  As punishment for this crime, Gd decreed, “Na vanad tihyeh ba’aretz” – that he would be forced to wander about, without settling in one place (4:12).  Just as his parents were banished from Gan Eden, Kayin was similarly banished and forced into exile.

The Hida (Rav Haim Yosef Davod Azoulay, 1724-1806), one of the greatest Sephardic luminaries of the last several centuries, brings a Kabbalistic tradition from the Arizal (Rav Yitzhak Luria, 1534-1572) that Kayin’s crime was so grievous that it was not fully atoned for during his lifetime, and that generations later, the souls of Kayin and Hevel returned to the world so this sin could be rectified.  Later, in Parashat Noah (9:6), Gd pronounces, “Shofech dam ha’adam ba’adam damo yishafech,” establishing that murderers are punished by having their own lives taken.  The Arizal interprets this verse to mean that if one spills a person’s blood (“Shofech dam ha’adam”), he will be killed by the victim, by the person whom he killed (“ba’adam damo yishafech”).  The way this happens, the Arizal explains, is through the process of gilgul (reincarnation of souls), as the souls of both the murderer and the victim return at some later point, and the victim then takes the killer’s life.

But even then, as the Hida discusses, the process remained incomplete.  Just as Kayin was driven into exile, Moshe needed to flee from Pharaoh.  He resided in Midyan – a nation whose name contains the letters nun and dalet, which spell “nad,” one of the two punishments decreed upon Kayin (“na – move” – and “nad – wander”).  Moshe fled upon discovering that the news of his killing the taskmaster had spread, whereupon he exclaimed, “Achen noda hadavar” (“Indeed, the matter is known” – Shemot 2:14).  This word resembles the word “nad,” thus alluding to Moshe’s responsibility to continue the tikkun (rectification) of Kayin’s crime against his brother.

Whereas Moshe’s worked to fulfill the decree of “nad,” it was his saintly brother, Aharon, who fulfilled the decree of “na.”  In his merit, Gd provided Beneh Yisrael with the “ananeh hakavod” (“clouds of glory”) to protect them as they traveled.  The word “anan” (“cloud”) resembles the word “na,” and these clouds signified the diametric opposite of banishment and exile, bringing all the people together under a protective, unifying covering.

Our Job During the Tishri Holidays

This process, of rectifying Kayin’s sin of violent hatred, continues to this very day.  All of us, through our devotion to the Torah’s way of life, contribute to this tikkun.  And much of this work is done during the month of Tishri, through the observance of Rosh Hashanah, Yom Kippur, and Sukkot.

Rosh Hashanah is the day of “din” (judgment), a word which resembles “nad.”  On Yom Kippur, the kohen gadol – a descendant of Aharon – would offer incense in the inner chamber of the Bet Ha’mikdash to create an “anan” (“…ki be’anan era’eh al hakaporet” – Vayikra 16:2), corresponding to the decree of “na.”  This effort continues on Sukkot, which, like Rosh Hashanah, is a day of “din,” as during these days we are judged with regard to rainfall and our water supply (Rosh Hashanah 16a), alluding to the decree of “nad.”  We take the lulav and perform what is called “na’anuim” (waving), another word which brings to mind the decree of “na.”  We also reside in the sukka, which commemorates the ananeh hakavod, yet another allusion to the word “na.”

The intensive process of introspection, prayer, reflection and celebration that we undergo throughout the holiday season has a cosmic effect.  This process serves to bring atonement not only on a personal level, for each individual, and not even for the Jewish People as a whole – but quite literally, for all of humanity.  Kayin’s crime injected spiritual toxins, as it were, into mankind, which we must continually work to purge, even to this day, and this is part of what we’ve accomplished through the uplifting holiday season which we’ve all just gone through.

Being Worthy of Holy Visitors

One of the beautiful – yet mysterious – customs of Sukkot is to invite the ushpizin – seven righteous “guests” – into the sukkah.  Over the seven days of Sukkot, we are “visited” by our righteous forebears – Avraham, Yitzhak, Yaakov, Yosef, Moshe and Aharon – each on a different day.

To unearth the meaning of this concept, let us consider a remarkable story told in the Gemara (Ta’anit 25a) about Rabbi Hanina ben Dosa, a righteous sage who lived with his family in dire poverty.  Once, his wife complained about the family’s woeful state of destitution, and she asked him to pray for a more comfortable livelihood.  As soon as he prayed, a hand descended from the heavens and gave Rabbi Hanina a leg of a table made from gold.  He brought it to his wife, informing here that they had literally struck gold, and could now live comfortably.

That night, Rabbi Hanina’s wife beheld a vision of herself and her husband sitting together with all the other righteous tzadikim in the next world.  Everyone was seated around tables.  However, the table where Rabbi Hanina and his wife sat had only three legs, and was unsteady.  All the other tables stood sturdily on four legs.

The message was clear: the couple’s newfound wealth in this world diminished from the rewards which awaited them in the next world.

In the morning, Rabbi Hanina’s wife told her husband that she was unwilling to make this sacrifice.  He prayed, and the heavenly hand descended once again and brought the golden leg back to the heavens, where it waited to serve Rabbi Hanina and his wife after they departed this world.

There is much to discuss about this story, but the relevant part for our purposes here is the Gemara’s concluding remark: “The second miracle was greater than the first, for we have a tradition that [the heavens] give, but do not take.”  The leg’s return to the heavens was more miraculous than its original descent from the heavens, because Gd generally does not take anything back.

The answer might be that generally speaking, anything which has spent time in our world is spiritually tainted, and thus unworthy of being brought into the pristine environs of the heavenly domain.  A surgical instrument that was used outside the sterile environment of the operating room would never be allowed in.  What was most remarkable about this golden leg was that it was received back to the heavens after being brought into the spiritually “contaminated” earthly domain.  This was possible because of Rabbi Hanina’s piety.  His home was, essentially, an extension of Gan Eden.  He and his family lived with such piety and purity that the heavenly object remained pure and pristine even after its nightlong stay in their home.  Indeed, it never truly left Gan Eden.

This might be the depth of the custom of ushpizin, as well.

After achieving the tikkun of the special holidays, we have reversed, in a sense, the banishment of Kayin from his homeland, and even the banishment of Adam and Havah from Gan Eden.  We now become worthy of hosting our sacred ancestors, our righteous patriarchs, along with Moshe, Aharon, and David.  After having undergone this intensive process of repentance and tikkun, these righteous figures feel comfortable and at home in our sukkot – because our sukkot are, by this point, an extension of Gan Eden.

This insight should leave us all thinking, as the beautiful holiday season comes to an end, about whether our homes are truly worthy of hosting the ushpizin, whether we are doing enough to turn our homes into Gan Eden.

Of course, we are not expected to reach the level of Rabbi Hanina ben Dosa.  However, we can – and must – learn and draw inspiration from his example.  Earlier (Ta’anit 24b), the Gemara speaks of Rabbi Hanina’s austere lifestyle, how he ate just a kav of carobs all week.  Throughout his life, he prioritized his service of Gd over vain material pursuits.  Rather than allow himself to be preoccupied with comforts and luxuries, he focused his attention solely on religious devotion.  And in so doing, he turned his home into Gan Eden.

While this is not a standard we should be aspiring to, it does call upon us to reassess our priorities, and to examine whether our lives are properly apportioned, whether we give Torah and mitzvot the priority they deserve.  As we take leave of what was hopefully an uplifting Yom Tov season, let us channel the inspiration we’ve received into transforming our homes into Gan Eden, and making them worthy of Gd’s presence and unlimited blessings.