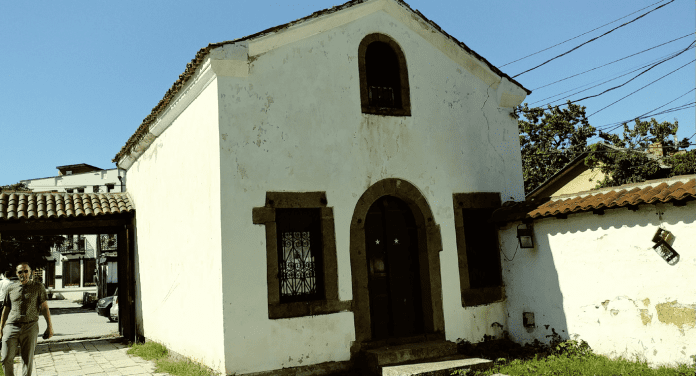 Albania and Kosovo are neighboring countries many people have barely heard of, and could not successfully point to on a map. But both countries are rich in Jewish history.

During the Holocaust, Albania was the only country in Europe that, in addition to refusing to cooperate with the Nazis, actively opposed them. Albanians have long practiced a code of honor, “Besa,” which demands that a guest be treated like family. True to their code, Albanians hid Jews, lied about their whereabouts, and ignored orders to harm them. About three hundred local Jews were saved, and another 2,000 were welcomed as refugees.

These two countries with Muslim majorities have embraced their Jewish minorities as an integral part of their multicultural fabric.

Albanian historian Apostol Kotani wrote that Jews first appeared in Albania just after the Second Temple was destroyed. They were, he asserted, likely hostages of the Roman empire that had lost their way, landing at Saranda’s coast. Earliest documents of Jewish life go back to the thirteenth century, noting Jewish merchants in Durres.

With the aid of my friend, Donat Syla (former Consul General to Kosovo in Toronto), I set off to learn more about our shared history, to build bridges, and to discover what the Jewish communities in these two countries need from larger Diaspora communities.

In the middle of the city center, Mother Theresa Square, stands a book-seller booth, which featured an unlikely book in the front row, about Theodore Herzl – translated into Albanian! I concluded that the proprietor would not stock that book if he thought there would be no demand for it. Unrelated to the book stall, I was also introduced to author Kriste Shtufi, who took it upon himself to translate Herzl’s book Old New Land into Albanian.

Kosovo and Israel, in fact, have close ties.

Since declaring independence from Serbia in 2008, Kosovo has received recognition from about a hundred countries, including Israel. Kosovo is one of a handful of countries that placed its embassy in Jerusalem, after the United States and Guatemala.

My guide, Qendrim Shkodra, pointed out that Israel and Kosovo have many similarities. Both countries are small, are newly formed, are surrounded by enemies (in Kosovo’s case, Russia-backed Serbia), are populated by ancient peoples, and have  suffered devastating atrocities.

Pristina contains several Jewish sites. In 1963, Yugoslavia’s Communist regime determined to build a parliament building on the site of the city’s synagogue. So, the synagogue was moved, brick-by-brick, and relocated several miles away. On the grounds of the parliament (which is still used today), a monument was erected in 2013, memorializing the 92 Kosovar Jews murdered in the Shoah. The monument notes that this was the site where the shul once stood.

My guide, Valon Shkodra, former curator of the Ethnological Museum, showed me the old synagogue, which now houses the American Art Museum. Unfortunately, there is no plaque noting it was formerly a synagogue. Nor is there any marker to note the existence of the former cheder building, now a boxing club.

Dr. Hysen Hyseni, chairman of the city’s Jewish organization, Bet Israel Kosova, told me their aim is to build a synagogue for their fifty families. The government has already donated land next to the old site. For now, the only “official” real estate is the organization’s office in the Grand Hotel, adorned with Israeli flags, a board room, and hundreds of Jewish books.

An hour away in Priznen, Votim Demiri leads their few dozen Jews, whose numbers swell up to about five hundred during holidays, when families visit from abroad. For a decade-plus, Demiri has been working with local politicians to build a shul on already-purchased land. Both Hyseni and Demiri confirmed that they have regular gatherings for the holidays.

Some Jewish sites do have public markers, including the two Jewish cemeteries, showing they are protected by EU and UN’s “beautification and preservation” bureaus. They have approximately one hundred tombstones, the oldest one I saw dated back to 1899.

At Ferizaj’s now-defunct train station, a newly installed memorial plaque is featured on the outside wall, marking where Jews were deported during the Shoah. In the 1990s, I’m told, it also became the station where Kosovars gathered to flee the Serbian genocide.

Coastal Vlora, in southwestern Albania, is right across from Italy’s eastern heel. It is the third largest city in the country. I had the honor of a one-on-one with the mayor, Dritan Leli, who gave me a certificate of commendation for my efforts to build bridges between Albanians and Jews.

Leli said that approximately 500 years ago, the city was “50-50 Jewish,” populated by many who fled from the Inquisition. In the early twentieth century the city was brimming with Jewish activity.

To honor the Jews’ historical impact, Leli kickstarted the initiative to build a Jewish museum in Vlora’s city center. Construction is about to start and is set to be completed in three years. The American-Albanian Development Fund is assisting, led by chairman Michael Granoff, former economic advisor to president Clinton. The Israeli firm Kimmel Eshkolot was chosen to provide the lead architects. They plan to use a combination of Albanian and Jerusalem stone for the building. Exhibits will trace Jewish presence and history from antiquity to the present. Organizers are actively seeking to borrow exhibits from Albanian ex-pats, and their descendants.

Also in the city center, a wall plaque commemorates the old “Jewish Street,” or Rruga Ebraia, where the street begins.

In Saranda, known for its gorgeous seaside views, beaches, and resorts, lies synagogue ruins from 1600 years ago. About the size of two tennis courts, remnants of the synagogue include tables for placing the Torah, and six rooms. Israeli archaeologists Ehud Netzer and Gideon Foerster explored the site with Albanian colleagues and unearthed two mikvaot.

Stunningly, they uncovered a colorful floor mosaic showing a menorah, shofar, etrog, and symbols of the tribes of Israel. Unfortunately, as funds to preserve the mosaic properly are limited, the mosaic floor now lies covered by a foot of sand. It is my hope that philanthropists will come forward to fund a project allowing these mosaics to be displayed in full view, perhaps under glass, or under a canopy. Ideally, funding would allow for further archaeological digs.

It’s incredible that, during the Communist regime (1917-1990) the stones of the mosaic floor remained untouched. Had authorities known the site of the mosaic floor was Jewish in origin, most assuredly it would have been swiftly and vindictively destroyed, to make way for shops and apartments, like those that abut the site on all sides.

The town of Berat is the proud home to the “Solomon Museum,” curated and independently financed by the late Prof. Simon Vrusho, who was not Jewish. It is overseen today by his widow. All four walls are adorned with photographs and descriptions of Albanian Jewish life in the last century.

Gjirokaster, a UNESCO world heritage site, is about 90 minutes south of Berat. Historical records show it welcomed Jewish refugees during the Shoah. It too, has a “Jewish street.” Its claim to fame is its cobble-stoned Ottoman-era bazaar, originally built in the 17th century.

While in Tirana, the capital, I met with a local historian, Professor Elena Kocaqi, who informed me that more than 90 percent of Kosovars are Albanian, and the Albania of antiquity (Dardania) was five times the current size. Millennia ago, Jewish traders or exiles would invariably have been in contact with locals, as ancient Rome and Greece were right next door. It would come as no surprise, she insists, if some Albanians could trace their heritage to Jews, and vice versa.

Now a Chabad operates here, and the city’s Grand Park is home to a new Holocaust memorial that features three large plaques in Albanian, English, and Hebrew, honoring the Albanians who saved Jews.

But it must be said, my guides Ruki and Miri Kondaj showed me that, much like Kosovo, Albania contains a wealth of natural beauty, including mountains, age-old towns, and cities. They are both modern, bustling metropolises, each with their own character and culture. I experienced much warmth and generosity from the people I spent time with and with strangers alike.

I am working with local officials to place commemorative plaques in a number of places as part of my mission to preserve the memories, dignity, and significance of the Jewish landmarks I visited.

I feel a certain hakarot hatov (obligation of gratitude) to do so.

My trip was made possible with the generosity of a few individuals who feel, like I do, that remembrance, forging allies, and building bridges across our communities, is imperative. They are Ismet Mirena, Paulin Marku, Bedri Tocani, and Dardan Emini.