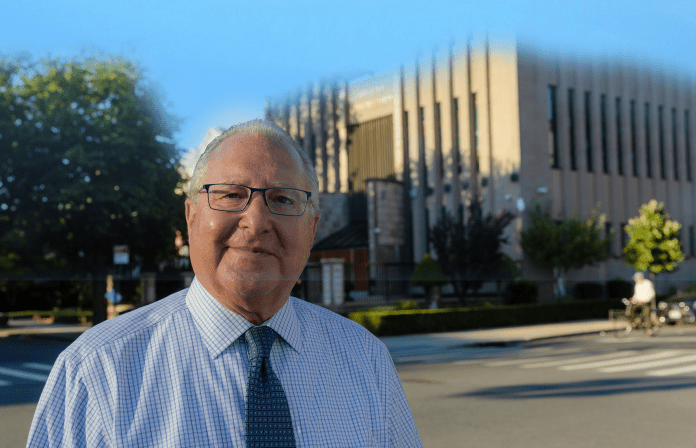 Has Anyone Advocated for our Community More Effectively than Assemblyman Steven Cymbrowitz?

Many people in our community believe that they should vote only for Republican candidates, given the current state of the Democratic Party, which, unfortunately, is plagued by antipathy for Israel and for several of our most cherished values as.

While I understand the reason underlying this sentiment, I believe that there are exceptions to every rule – and when it comes to Steven Cymbrowitz, the Democratic candidate for New York’s State Assembly, an exception should be made.

Precisely because of our community’s knee-jerk support of Republican candidates – it is vitally important to understand why this election for State Assembly is different.

First and foremost, Steven Cymbrowitz’s Republican opponent is a six-time Bernie Sanders donor, who became a Republican only several months ago. He does not in any way represent our community’s values. And so while many are instinctively inclined to vote Republican, an exception must be made for Steven Cymbrowitz.

Moreover, a crucial distinction must be made between elections for federal government figures – the President, Senators and Congressmen – and elections for local bodies of government.

On the federal level – which is the only area of government which wields international influence – many politicians in the Democratic party are influenced by the scourge of “woke” thought and should not ever receive our community’s support. These people routinely attack the State of Israel, unjustly accusing it of aggression and racism, often as a cover for outright anti-Semitism.  (For the most part, of course, this is not the case with candidates representing our part of Brooklyn, which is considered quite “conservative” by national standards.) But on the local and state levels, this factor is rarely, if ever, relevant to the issues that concern us.  State Assembly members have no say whatsoever in our nation’s foreign policy, and thus our fervent, emphatic support of the State of Israel should have no impact whatsoever on our vote for assemblymen.  This decision must be made purely on the candidates’ records on matters of local importance, such as necessary funding for our community’s institutions.

There are several other reasons, too, why Steven deserves our vote.

The NY State Assembly has had an overwhelming Democratic majority since 1975. In fact, Democrats actually have a veto-proof supermajority. Our Assemblyman can influence policy and advocate for an agenda that advances our community’s interests only if he is a senior member with access to the leadership. A Republican would have no voice in the State Assembly, and would wield no influence whatsoever upon the leadership.

Steven has access to Assembly leadership, and this access has already proven vital for our community. Without it, yeshivas and other nonpublic schools would not have been included in the Smart Schools Bond Act. Steven arranged for a private meeting for me and Ronnie Tawil with then Speaker of the Assembly, Shelly Silver. In that one-hour meeting, we explained that the Governor had proposed a school bond bill that excluded yeshivas. That meeting convinced Speaker Silver to insist that the bill include yeshivas, thus bringing $28,000,000 to Jewish schools in NY State. Rabbi Lefkowitz of the Agudah called me afterward to thank me for my efforts.

A close relationship with leadership is how things get done – and Steven’s connections have enabled our community to receive vitally important resources.

A vote for Steven is a vote for the candidate who will continue to deliver for our community.

I urge all community members to go to the polls on Election Day, Tuesday, November 8th,  and vote to re-elect Steven Cymbrowitz to the State Assembly (45th AD). Vote from the bottom up and cast your vote for Steven Cymbrowitz at the bottom of Column A, or as the Independence Party candidate in Column F.

No one has done more for our community, or has delivered more often or more effectively, than Steven Cymbrowitz.

The Responsibility to Vote

About 75 years ago, on Election Day, in Lakewood, NJ, a yeshivah student was approached by the Rosh Yeshivah, Rabbi Aharon Kotler, zt”l, who asked him if he had voted yet. The student was Shlomo Carlebach. He told Rabbi Kotler that he lived on the West Side of  Manhattan, and to go would entail a journey of many hours and much effort. Rabbi Kotler replied, “Take a bus immediately and go. You have no idea of the responsibility that each and every person has to vote.”

Even if you will be away on Election Day – you can still vote! You can vote from October 29th through November 6th. In order to vote, an application for an absentee ballot must be filled out online or sent by email to the local Board of Election (BOE). The BOE will then send a ballot which can be returned by mail. Please go to findmypollsite.com for details.