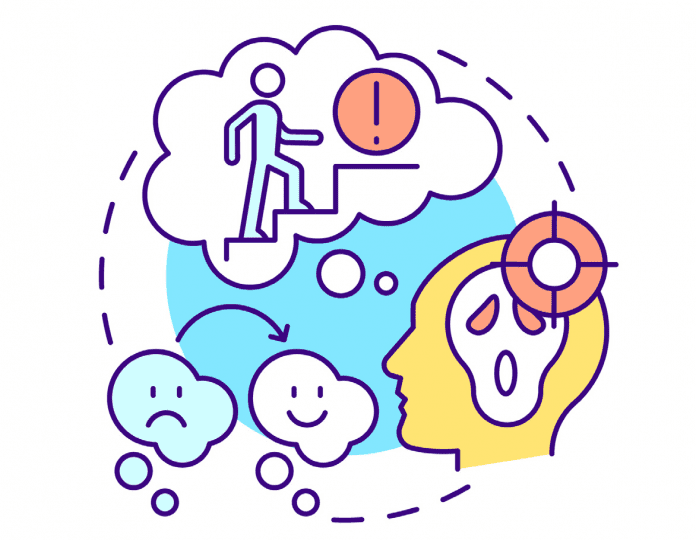 Last month, we explored the two halves of the brain: the emotional and logical hemispheres. The divide between them explains the common struggle that many of us have. We know we can say no to others’ requests, yet we find ourselves saying a begrudging “yes.” We know we should be open with our spouse, yet we’re not. We know it’s time to ask the boss for a raise, yet we continuously push it off.

Every experience that we encounter in our lives, from very early childhood, wires our brains, and dictates what we fear and what we don’t. This is why a child in America who encounters a rat is likely to shriek and jump sky high, yet a same-aged child in Africa would be more likely to pick it up and play with it. It’s not about if the threat is legitimate or not, but rather how we are conditioned to think about things.

This concept also explains why someone who was chased by a vicious pit bull as a child will find that his automatic response to a dog is run as fast as you can, even when his adult logical brain says don’t be afraid of that little fluff ball. Logic will not override a strong emotionally recognized fear.

Let’s take it a step further. A child who is constantly rejected or criticized for being his true self – why wear your hair so frizzy? You’re such a dork, who listens to music like that? If you study harder next time, you’ll get 100 instead of a 94! – will develop a belief that there is something wrong with him. He will remain on the defensive, and hide his true self under layers of what he believes will make others like him. He will likely overcompensate his behaviors, always aiming for perfection to avoid mistakes, driving fancy cars and dressing to kill, and avoiding being vulnerable and real to others, assuming people would never associate with him if they knew the real him.

This is especially damaging for those who have experienced rejection, negativity, or abuse from one they respected and trusted implicitly – a parent, teacher, or authority figure – since they learn to hide their true selves even from those they should trust most, such as a spouse, rabbi, or good friend. These relationships, which are cultivated through openness and sincere vulnerability, suffer as a result of this behavior.

Why Therapy Can Help

In therapy, clients explore the thinking errors, fears, and responses that prevent them from living as their true selves and with peace of mind. Therapy clients discover their own value and learn to be real, vulnerable, honest, and to be themselves rather than who they believe others want them to be. They learn to identify cognitive distortions responsible for depression, anxiety, and other afflictions, such as dismissing positives (that wasn’t a genuine compliment), mind-reading (she’s saying that because she feels bad for me), black-and-white thinking (I’m a bad parent because I yelled), and “should” statements (I should really extend myself for hachnasat orchim).

In exposure therapy people learn to overcome their phobias by approaching them slowly, in small doses. That’s essentially at the core of all therapy: pinpoint the phobia – I’m afraid my rabbi will judge me if I open up, I’m afraid my spouse will look down on me if I assert myself, I’m afraid I’ll lose my friends if I say no – and then face that fear. Say Shabbat Shalom to three people in shul. Cook something new. Have that uncomfortable conversation you’re avoiding.

Once we identify the threat – real or perceived – we can empower ourselves to face the fear and banish it. When a child is terrified of monsters under the bed, it doesn’t help to reassure him  “there are no monsters” or “I’ll protect you, don’t worry.” Most helpful is to lift the mattress to show there’s no monster. A therapy client learns to confront fear and discover it was unfounded, realizing that there’s truly nothing to fear but fear itself.

This type of therapy isn’t new. The Rambam advises chronic people-pleasers to davka not give tzedaka if you have a hard time saying no, fearing letting people down.

Next month, we’ll discuss more how this works, as well as how this concept can be the biggest barrier in relationships, and how overcoming these barriers can bring relationships to a whole new level.

Dr. Yossi Shafer, PhD is the clinical director and a clinical psychologist at Empower Health Center, a private practice of multispecialty psychotherapists. They have offices in Deal/Long Branch and Lakewood and can be reached at (732) 666-9898 or office@empowerhealthcenter.net