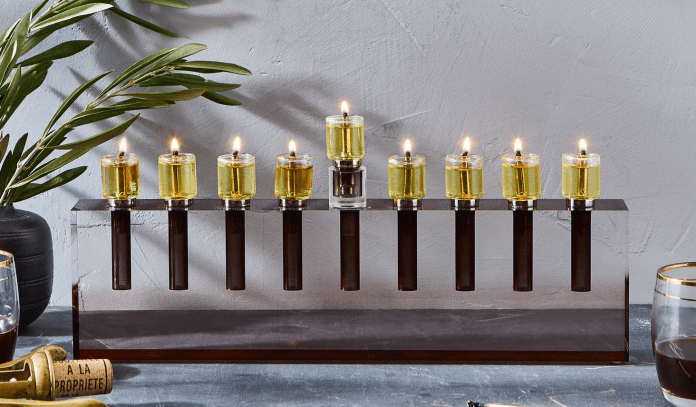 The misvah of menorah is an extremely beloved misvah (Rambam). All misvot have a standard way of performance and an enhanced and more meticulous way. By the strict letter of the law, one can fulfill his obligation by lighting only one candle each night. Hanukah is so beloved, that it has been unanimously accepted for all to perform the misvah in a superior manner. We begin with a single candle on the first night, then add a candle each night, until ultimately kindling eight lights on the final night. We hope the following guide will enhance your performance of this beloved misvah.

Who is required to light?

Unlike other misvot, such as eating massah or shaking lulav, where each person is required to perform the misvah individually, any one member ― man or woman over bar/bat misvah ― may light the menorah on behalf of the household.

Children under the age of bar/bat misvah may light any subsequent candles after the first candle is lit by an adult, provided that they have reached the age of chinuch (i.e., they understand how to perform the misvah).

I have a child studying out of town. Is he required to light himself?

Children who are supported by their parents and view their parents’ house as their home are still considered part of the household. Even if they are temporarily not living in the house, they can fulfill their obligation with their parents’ lighting.

What should I do if I am a guest?

One may fulfill his obligation with his host. The guest should participate in the misvah by acquiring partial ownership of the oil and wicks. For close family members visiting and sleeping over, we can assume the host gives them partial ownership, just as he allows them to eat and drink in his house without payment. Concerning other guests, it is preferable for the host to verbalize that he is giving the guest acquisition as a partial owner in the oil, wicks, etc.

Should I use candles or oil?

The miracle occurred through the flask of oil lasting eight days. Therefore, the preferred manner of performing this misvah is with olive oil; otherwise, candles are acceptable.

Every Friday night while reading Bameh Madlikin, we recite a list of wicks and oils unsuitable for Shabbat candles. Some are not suitable because they do not draw the oil well, thereby causing the flame to flicker, while others are not suitable because of their odor. The objective of Shabbat candles is to enjoy and benefit from their light, and we are worried one may mistakenly adjust or tilt the flickering candle for it to light better, or he might leave the room if there is an unpleasant odor. For Hanukah, however, these wicks and oils may be used. The Hanukah candles are not for our personal use. Therefore, even if they do not light well, we are not concerned that one may adjust the candles.

Where do I light?

Initially, the lighting would be outside, by the entrance to the courtyard or home, as a public display of the miracles Hashem has done for us. Nowadays, that we are in exile among other nations, it is recommended in most places to light inside so as not to incite our gentile neighbors. Although when lit inside, the menorah is primarily meant to be seen by those inside the home, we light the menorah by the window so that it is also visible to passersby.

How high should I place my menorah?

Which side of the menorah do we start lighting from?

On the first night, we light the rightmost candle in front of the one lighting. On the second night, a second candle will be added on the immediate left of the first candle. And so on ― every added candle is placed in the next left slot. The lighting will always begin with the newest added candle (increasingly left) so that when you actually light, your direction will bring you to move your hand toward the right. The reason to perform the lighting in a rightward direction is like all Avodah ― service in the Bet Hamikdash where the setup of the service positions the Kohen to begin at a point where his direction during his Avodah will subsequently turn toward the right.

When is the preferred time to light the menorah?

The preferred time to light is twenty minutes after sunset (4:55pm in the NY/NJ), or at least within a half hour after this time. If one is unable to light then, he should strive to do so as soon as possible. It is important to light while there are still passersby outside, as it is still considered lighting at the proper time. In a situation where no one will be home until late at night, one may light, as long as it is still nighttime. However, one should endeavor to have at least one other family member awake, so that the berachot can be recited according to all opinions.

May I eat before I light?

Once it reaches within a half hour of the time to light the menorah one should not sit down for a bread meal. However, if one already started his meal before that half hour, he may continue, though he may light during his meal.

How do I get to the Hanukah party on time?

One does not fulfill his misvah with what was lit at a family Hanukah party unless he is sleeping there overnight (or was sleeping there already from the night before even though he will be leaving that evening). If one would like to light quickly at home and then go, then his menorah will have to stay lit for a half hour. After this time, it is permitted to extinguish the lights. Otherwise, one can light the menorah when arriving home (as long as it is before dawn!).

When do we light on erev Shabbat?

What if my candles went out?

It is proper to keep one’s hand lighting the flame until most of the wick is lit before proceeding to the next candle. Once the fire caught onto the wick properly, even if it went out within a half hour, one is not required to light again. However, it is preferable. The leftover oil or candle from it extinguishing prematurely can be used for the next night. Otherwise, it should not be disposed of like regular garbage since it was dedicated for a misvah. Therefore, it is burned, similar to leftover sacrifices.