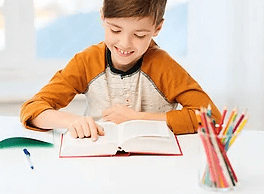 “We do have a voice and we need to exercise that voice. We have opportunities to make changes when it comes to Israel and to keep Israel strong, safe, and secure.”

I first saw Frieda Franco’s video interview, “My AIPAC Story,” on the huge Convention Center screen, at the AIPAC (American Israel Public Affairs Committee) Policy conference in Washington, DC, on March 1, 2020. Coincidentally, that was the day the first case of COVID-19 was confirmed in New York State.

I knew Franco was a Syrian surname and emailed my editor to pitch an article about the Brooklyn Syrian delegation at the AIPAC conference.

If you have ever been to an AIPAC conference, you know that there are approximately 18,000 delegates there, all looking to advocate for a strong U.S.-Israel relationship.  Searching for Frieda would be like trying to find a needle in a haystack.

When I returned home, NYC quickly became the epicenter of the pandemic.  Still determined to track down Frieda, I discovered that Franco was a popular name, and I did not succeed in finding her

Moving forward to October 2022, my brother excitedly told me about traveling to the United Arab Emirates on an AIPAC Minyan Mission. I was inspired to search for Frieda again.

Luckily, a community member introduced me to Frieda.  Googling Frieda to learn more about her, I was overjoyed when I found her 2020 AIPAC video

I had come full circle and the timing was perfect for sharing Frieda’s story.

Please meet Frieda Hamowy Franco.  In the past seven years, Frieda has grown into a fiercely passionate advocate for Israel, rallying the Sephardic community to support AIPAC’s mission for a strong U.S.- Israel relationship.

AIPAC, a bipartisan American organization, works to encourage and persuade the U.S. government to enact policies that create a strong, enduring, and mutually beneficial relationship with its strongest democratic ally in the Middle East

Let’s travel back to Frieda’s childhood and accompany her on her journey to become the passionately  dedicated wife, mother, daughter, community member, and advocate she is today.

Frieda is the daughter of Manny, a”h, and Sylvia Hamowy, both of Syrian descent.  Frieda is the youngest of four girls, and was “surrounded with lots of love.”

As a child, Frieda was painfully shy.  Today, she still sounds humble, although she works on becoming more extroverted.  What struck me the most is that Frieda speaks from her heart.

Frieda’s early years were spent in Deal where she attended Hillel Yeshiva. Her family moved to Brooklyn when she was nine years old and enrolled her in Magen David Yeshivah elementary school.  She then studied at Yeshiva of Flatbush High School.

Frieda was a great student but was not confident in her abilities.  She enjoyed high school and loved meeting different and interesting people outside of her own community.  She made close friends in high school, many of whom she is still in touch with today. She also met and got to know her naseeb, Joey Franco. They married in 1998.

Frieda majored in English at Brooklyn College. She and Joey got married and settled in Brooklyn. They are now blessed with six children.

Frieda is a lifetime learner.  “I love learning, whether it’s history, politics, an insightful parasha class, psychology, parenting, or podcasts about anything and everything.”

Frieda’s parents strongly influenced her values and her commitment to community and to hesed.  “They always gave back.  It was part of their everyday life and came naturally. My mom has a huge heart and continues to care for and help others.”

A pivotal moment occurred when Frieda’s father took her to vote when she turned eighteen. He taught her the importance of voting, and they always voted together after that first time. Frieda remembers a gentleman named Maurice Hedaya approaching young adults in Deal, clipboard in hand, to convince them to register to vote. Over the years, he registered hundreds of Jewish voters.

It is no surprise that Frieda’s father had such an impact on her, given that Frieda became a dedicated AIPAC activist. She, for one, certainly recognizes the value of the Jewish vote.

Frieda’s husband is her biggest champion.  “Joey is one of the smartest people in sheer knowledge and moral perspective. He is supportive of all my interests including our children’s education, and Israel advocacy.”

Frieda’s kids are the center of her universe. She dedicates an incredible amount of energy and focus when it comes to raising her children.

A common theme running through our interview was education.  Frieda spoke of her own education as a constant learner, her children’s education, and the education she received to enable her to do Israel advocacy.

Frieda and Joey both feel strongly that they want to raise their children with a strong yeshivah education. The Franco’s chose Barkai Yeshiva, whose mission is to cultivate the unique potential of each ben and bat Torah, based on the belief that all elements of our world should be appreciated through the framework of Torah.

Frieda views Barkai as family and serves as a board member.  She loved volunteering in the classroom and ran the book fair for years. “Joey was on the board but stepped down due to work commitments.  He said, “Appoint my wife, she’s much better than me, and knows what’s going on at school day to day.”

Frieda always felt a strong connection to Israel, but she did not visit until she was in her twenties.  She saw her tour guide’s home in Shomron and recognized its biblical significance. “I was struck by how the settlers lived so close to danger, without modern necessities, and the sacrifices they were making to hold on to the land for us.”

Freida’s second education, as she calls it, began in 2015 when she attended her first AIPAC Policy Conference in DC.  A handful of community members attended. Sam Sutton encouraged Jack Ashkenazie to attend the AIPAC conference and to get the community involved. Jack and his wife Regine invited the Franco’s to join them in 2015.

Frieda walked into the convention center, and was floored, “Eighteen thousand people were all there for the same reason, to promote and preserve the relationship between the U.S. and Israel.”

She asked many questions, as she was not yet familiar with all the politics. What struck her at the conference was the strong connection she felt with the other participants.

Frieda met and listened to people from different walks of life who had a deep commitment to  Israel and had become staunch supporters.

“We heard about a family from upstate NY that loves hiking, and it was becoming more difficult for their son with cerebral palsy to join them.  An Israeli company invented a backpack for soldiers in the field to carry back the injured and still hold their guns. The parents were introduced to this Israeli firm and the specialized backpack changed their lives.”

Returning home from the conference, Frieda kicked off her second education. She followed the news, read books about politics and Israel, and continued to ask questions. The first time she joined a lobbying trip to Capitol Hill, she did not speak.  On subsequent trips, she grew secure enough to speak up.  For Frieda, advocating for Israel became a privilege.

The Franco’s helped introduce AIPAC to the Brooklyn Sephardic community, hosting events, Shabbatons, and speakers.  They took community members to the AIPAC Policy Conference to experience Israel advocacy for themselves. When the Sephardic Council was established by Jack Ashkenazie, Frieda joined with other community leaders who recognized the value of Israel advocacy and could spread the word.

At the March 2020 Policy Conference, over 500 Sephardic community members from Brooklyn, Deal, and Manhattan attended.

To Frieda, her AIPAC advocacy is not just an expression of her love for Israel.  It’s about educating others to be informed advocates for the Jewish state. Her goal is to bolster the U.S. – Israel relationship, to ensure that the Abraham Accords continue, and to make certain that Israel receives the $3.8 billion of security assistance approved by Congress annually.  The trips to Israel that AIPAC arranges for freshmen members of Congress and candidates are key to understanding the politics of the region in a way one  cannot grasp through just watching the news. These trips help to promote AIPAC’s mission, to maintain a strong U.S.-Israel relationship.

To unplug, Frieda loves to read, bake, practice yoga (which she says is so good for the body and the soul), and to give in any way she can to her family.

The Franco’s participated in the AIPAC Minyan Mission to the United Arab Emirates, and were thrilled to meet local officials, hear both Arab and Jewish views on Israel, and see the excitement and commitment to the Abraham Accords.

Returning home, Frieda realized how blessed we are to witness Israel’s growth and prosperity, to raise our children in a Torah environment and in a community that encourages them to stay true to their traditions.  For Frieda, community life is about Shabbat dinners, living close to relatives, hesed and tzedakah on a high level, and living in one of the most tolerant places for Jews in the Diaspora.  Today, we are citizens with the right to vote and impact our own  government, as well as help assure the security and safety of the State of Israel.

Connect with Frieda at friedafranco@gmail.com

Ellen Geller Kamaras, CPA/MBA, is an International Coach Federation (ICF) Associate Certified Coach.  Her coaching specialties include life, career, and dating coaching.  Ellen is active in her community and is currently the Vice-President of Congregation Bnai Avraham in Brooklyn Heights.  She can be contacted at  (www.lifecoachellen.com).