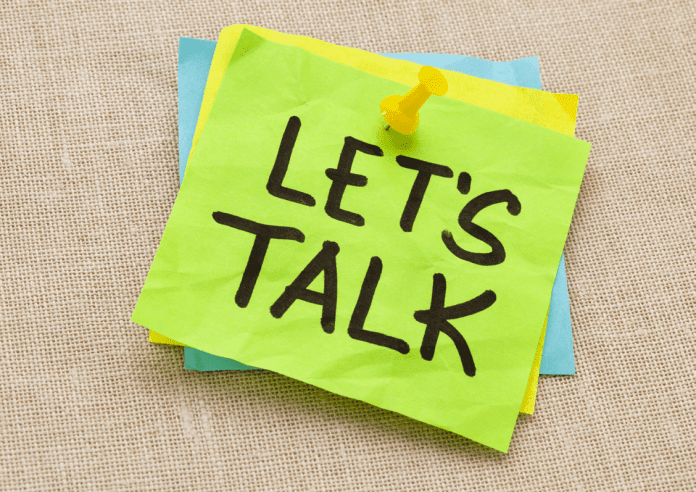 You’ve heard it before: communication is key for a healthy relationship.

It sounds so simple, doesn’t it? But in real life, many couples have a hard time communicating effectively, often without knowing why.

Mazal has had a rough day. The kids are acting up, her boss yelled at her for missing a deadline, she ran out of a key ingredient while cooking dinner. The rice burned and the cleaning help never showed up. To top it all off, her husband Ezra is late and she’s facing bath and bedtime alone, with skyrocketing stress levels.

When Ezra finally walks through the door, he’s accosted by a disheveled wife, an upside-down house, an empty dinner table, and overtired kids bouncing off the walls. He starts to observe his surroundings and says with a chuckle – “Wow, smells smoky in here!” – which completely sets Mazal off. She thrusts the baby at him and stomps off to cool down, leaving Ezra bewildered and hurt… not to mention hungry and overwhelmed. Within a few minutes, he’s angry, too, shutting down, stewing in thoughts of, “Why didn’t she even say hello to me?!” “All I did was make a joke and there she goes again, always angry and miserable.” “To top it all off, I was the one hustling at the office since 8am.”

Mazal didn’t have a second for herself all day long. She was constantly attending to her frustrating job during working hours, then to the needs of her children and the home after work. On top of this, all day she kept thinking of how she could meet the needs of her husband once he got home.

Ezra walks in late, doesn’t acknowledge anything Mazal did that day, and offers a single offhand comment that makes Mazal feel belittled and unappreciated. Mazal’s needs at that moment were a simple acknowledgment and appreciation of her work, which were unmet during every passing minute as Ezra was still not home yet, and he didn’t even bother texting her he was running late. His innocent remark ignited that slow-burning fury, unwittingly making her feel misunderstood and overlooked.

The entire fiasco could have been mitigated had Mazal been open and vulnerable from the start –  (“I had a terrible day; can you please take the kids so I can take a breather?”). Ezra – who loves her, but couldn’t have known how awful she was feeling – would have responded with compassion rather than judgment, anger, or passive-aggressiveness.

The crux of a relationship is mutual openness between spouses. As human beings, we crave the ability to be ourselves and to be loved and accepted for who we are. To foster a healthy marriage, each spouse needs to learn about the other’s needs, values, vulnerabilities, and what’s important to them. Assumptions and attempts at mind-reading impede those relationship-building abilities.

It’s human nature to avoid the risk of pain, and often our thoughts and emotions run away with us. When a spouse is afraid to share his or her feelings, he or she will avoid doing so – as resentment builds up. The trouble is that people often assume that those closest to them automatically know what they want or what they’re experiencing: he knows I’m trying to lose weight, why did he tempt me with my favorite cake? All I wanted for my birthday was some quiet time together, why did she throw a big party and buy a fancy present? He knows I want to try out that new restaurant, why does he keep blowing me off?

Many couples who seek counseling express similar sentiments: I want to make my spouse happy, but whatever I try backfires.

That’s because everyone has different preferences, needs, and emotions, and spouses often assume – wrongly – that they know what their partner wants, based on their own experiences and desires. The clichés are clichés for a reason, because there is some truth to them: generally, men are from Mars, women are from Venus; men express their love and care by problem-solving, while women show their love by offering emotional support. So when a wife vents about her tough day at work (seeking validation and sympathy) and her husband responds with logical solutions, she feels misunderstood (why can’t he give me what I need?) and he gets frustrated (why doesn’t she appreciate my advice?).

The pasuk in Parashat Beresheet says that Adam knew Chava. In marriage, spouses need to know each other – and the simplest way to accomplish that is by creating an open space for both to express their needs without fear of rejection, judgment, or hurt feelings. This concept applies to people in every type of relationship, including the parent – child relationship – from a slightly different angle – which we will address next month.

Dr. Yossi Shafer, PhD is the clinical director and a clinical psychologist at Empower Health Center, a private practice of multispecialty psychotherapists. They have offices in Deal/Long Branch and Lakewood and can be reached at (732) 666-9898 or office@empowerhealthcenter.net.