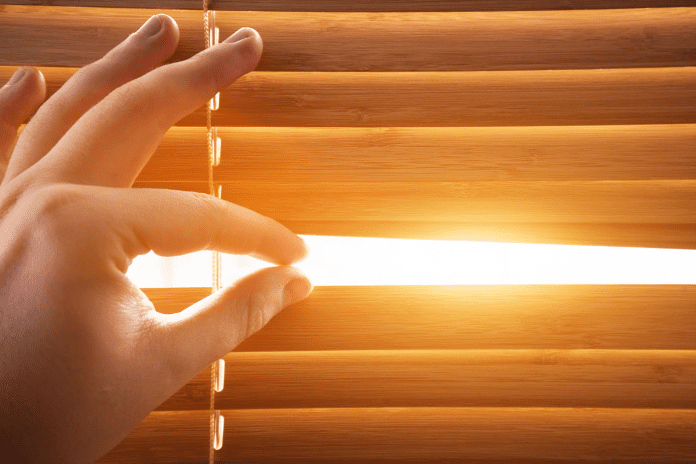 areful readers of the end of the Book of Beresheet and the beginning of the Book of Shemot will notice that Yosef appears to die twice.  The Torah mentions his death in the final verse of Beresheet, and then again in the opening section of Shemot (1:6).  Why are we told of Yosef’s passing twice?

Rav Yitzhak Hutner (1906-1980) explained that these two verses correspond to the two aspects of Yosef.  On the one hand, he was one of Yaakov’s twelve sons, who formed the twelve tribes of Israel.  After the three patriarchs – Avraham, Yitzhak, and Yaakov – the twelve sons, including Yosef, all carried their legacy, forming twelve tribes.

But on the other hand, Yosef was, in a sense, the fourth patriarch.  We might say that Yaakov was patriarch 3a, and Yosef was patriarch 3b.  This is corroborated by a passage in the Zohar which teaches that the three daily prayers – shaharit, minhah, and arvit – correspond to the three patriarchs, whereas the musaf prayer added on special occasions corresponds to Yosef (as alluded to by the etymological connection between the words “Yosef” and “musaf”).  Although we have three patriarchs, Yosef in some sense was the fourth.  Thus, his death is recorded twice – in the Book of Beresheet, which tells of the deaths of the other patriarchs, and in the Book of Shemot, which tells of the death of Yaakov’s twelve sons.

In what way was Yosef a patriarch?  And what is the meaning of this status?

As we read this month, Yosef was cruelly driven from his home as a 17-year-old boy, and brought to Egypt, a society which was then characterized by immorality.  He served as a slave to a prominent Egyptian nobleman, in whose home he lived.  His master’s wife desired an intimate relationship with Yosef, but he refused her advances.  He heroically resisted the temptation to assimilate, to bond with foreign women

In so doing, Rav Hutner explained, Yosef set a crucial precedent for the Jewish People for all eternity.  If a Jewish man has a relationship with a gentile woman, halachah regards the child born from this union as a gentile.  Hence, even once Yaakov established the precedent of having children who all become part of Am Yisrael, there remained the risk that our nation might disappear, Heaven forbid, through intermarriage.  Yosef fortified the future of the Jewish Nation through his resistance to the lure of assimilation.  What was at stake was not only a one-time sin of immorality, but rather the Jewish People’s ability to withstand the overwhelming pressures that they would face throughout the centuries living among foreign nations.  Yosef’s refusal to cohabit with his master’s wife empowered Jews for all time to resist the temptation to join the surrounding culture, to struggle to maintain their identity and distinctiveness even when they are pressured and lured to assimilate.

The Devotion of Yosef

The story of Yosef is always read during the season of the celebration of Hanukah, and this is no coincidence.  There is a profound and fundamental connection between Yosef’s heroism and the heroism of the Hashmonaim who successfully opposed and battled the Greeks.

During the time of the Greek occupation of Eretz Yisrael, the majority of the Jewish Nation assimilated.  The Greeks’ decrees against religious observance, coupled with the attraction of Greek culture, led the Jews to reject their heritage and embrace Hellenism.  The Jewish religion nearly disappeared, and it survived thanks to the courage and resolve of a small minority that remained steadfastly committed to Torah and mitzvot.

The source of this strength to resist the pressure of Hellenization was Yosef.  He was the one who created this force, who set the precedent of fierce determination in the face of overwhelming pressure and temptation.  We might say that Yosef laid the foundation of the real miracle of Hanukah – the miracle of Jewish resilience, of a commitment strong enough to withstand the most powerful cultural forces.

The verse in the Book of Ovadia (1:18) says, “The house of Yaakov shall be fire, and the house of Yosef – a flame.”  Yaakov is compared to a fire, which burns and provides warmth and light, but could potentially be extinguished.  Yosef, however, is the “lehavah” – the flame taken from the fire which ensures its continuity by kindling additional flames.  The Hanukah candles represent not only the kindling of the menorah in the Bet Hamikdash after the ousting of the Greeks, but also the “flame” of Yosef, the eternity of the Jewish faith which is assured through the unwavering, passionate devotion exhibited by Yosef, by the Hashmonaim, and by generations of Jews throughout the millennia who refused to yield to the pressure to forsake their faith and assimilate.  And thus halachah follows the view of Bet Hillel that “mosif veholech” (Shabbat 21b) – we add one candle each night.  The term “mosif” alludes to Yosef, who established the precedent of the “flame” that assures our survival.

The story of Yosef begins by describing Yaakov’s special love for Yosef, who was his “ben zekunim” (37:3).  Rashi explains this to mean that Yosef was especially learned, and Yaakov taught him all the Torah he had learned in the yeshiva of Shem and Ever.

Rav Yaakov Kamenetsky (1891-1986) noted that although Yaakov learned Torah for many years before attending the yeshiva of Shem and Ever, Rashi speaks of Yaakov teaching Yosef specifically the Torah he learned during those 14 years he spent in that academy.  Yaakov went to learn with Shem and Ever when he left home, and prepared for his long, difficult sojourn in Haran, where he lived with his corrupt, idol-worshipping uncle, Lavan.  Rav Kamenetsky explained that Shem, Noah’s son, lived in the generation of the flood, a debased, corrupt society.  Yaakov learned from Shem and his grandson, Ever, the Torah of exile, the Torah of how to retain one’s faith and commitment even in a spiritually hostile environment.  This is the Torah that enabled Yaakov to retain his faith and his values in Lavan’s home – and this is the Torah which Yaakov passed down to Yosef, prophetically foreseeing that Yosef would one day be tested in a foreign land and foreign culture.

In the Al Ha’nissim text which we add to our prayer and birkat hamazon during Hanukah, we speak of how the Greeks set out “lehashkiham Toratecha” – to have the Jews “forget Your Torah.”  The first target of the Greeks’ program of forced assimilation was to pull the Jews away from Torah learning.  The Greeks sensed that the Jews’ unrelenting commitment to their faith was fueled by Torah study – and so their strategy began with the goal of “lehashkiham Toratecha,” denying the Jews access to learning, the greatest shield we have against assimilation.  We fortify ourselves against the pressures and lures of our culture primarily through Torah study, by immersing ourselves in the sacred wisdom of the Torah.  This is what protected Yaakov in Lavan’s home, this is what protected Yosef in Egypt, and this is what has protected the Jewish Nation throughout the centuries in exile.

Yaakov is Speaking to Us

Originally, the mitzvah of Hanukah candles required lighting by the entrance to the home.  However, when the Jews found themselves in exile, living among hostile gentiles, the custom became to light indoors, by the window.  This custom perhaps hearkens to the Gemara’s depiction (Sotah 36b) of Yaakov’s image appearing to Yosef “in the window” as Yosef was about to succumb to his master’s wife.  This image of Yaakov is what stopped Yosef from committing a sinful act.

As we kindle the Hanukah lights in exile, we are to see the visage of Yaakov speaking to us just as he spoke to Yosef in Egypt.  He is imploring us to remain strong and committed, to draw strength from Yosef’s example of withstanding pressures and lures.  He is there reminding us that we have inherited from our righteous forebears the spiritual fortitude to hurdle the difficult challenges we face even in our time, that we are fully capable of remaining faithful to our religious heritage despite the hurdles that we face.  The power we have received from Yosef is stronger than the lure of the device in our pocket, the computer screen in the home, the people around us who ridicule Torah law and values, our peers who seek to draw us away from strict religious observance, and from every other obstacle that gets in our way.

This Hanukah, as we light the candles each night, let us pay close attention to our patriarch in the window, listen carefully to his words, and recommit ourselves to the intensive study of Torah, from which we gain the strength we need to continue bearing the sacred legacy of our righteous ancestors in our time.