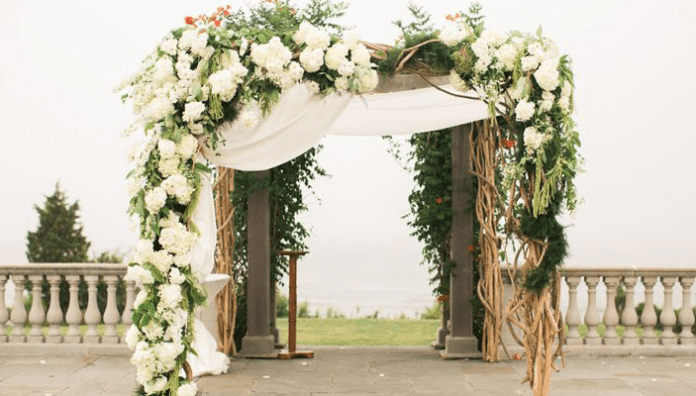 The Book of Shemot, which we begin reading this month, opens with the story of our ancestors’ enslavement by Pharaoh, and then proceeds to tell the story of their miraculous redemption.

The first step along the long, circuitous road to redemption was the birth of Moshe Rabbenu, who led Beneh Yisrael to freedom.  But before telling us of Moshe’s birth, the Torah makes a point of telling us that his parents – Amram and Yocheved – got married: “A man from the house of Levi went ahead and married a daughter of Levi” (2:1).  Seemingly, this verse seems unnecessary.  After all, we had every reason to assume that before Moshe was born, his parents got married.  Why would the Torah allocate a verse to inform us that before Moshe was born, his father and mother got married?

The Gemara’s understanding of this verse is well known – but upon further reflection, it sheds an entirely new light on the Exodus from Egypt, and provides vitally important guidance for us as we seek redemption from our current exile and from all our troubles.

The Gemara in Masechet Sotah (12a) relates that the wedding spoken of by the Torah in this verse was an extraordinary event.  Amram, the religious leader at that time, had already been married to Yocheved, with whom he had fathered two children (Aharon and Miriam).  But after Pharaoh decreed that all newborn Israelite boys should be cast into the river, Amram decided it was futile to continue producing children only to see them die at the hands of the Egyptian officials.  He promptly divorced his wife, and then all the men in Am Yisrael followed suit, and divorced their wives just as their leader had done.

Amram’s daughter, Miriam, courageously confronted her father, and challenged his decision.  She argued that Amram’s measure was actually crueler than Pharaoh’s.  Pharaoh’s decree affected only the boys, whereas Amram was preventing even girls from being born.  Moreover, Pharaoh decreed only physical death upon the Israelite infants, while Amram was denying the opportunity for souls to come into the world and then earn a share in the world to come after their premature death.

Amram, with great humility, accepted his daughter’s argument.  He reversed his decision, and held a large, public wedding, remarrying his wife, Yocheved.  The people again followed his example, and remarried, thereby ensuring the survival of Benei Yisrael.  The Gemara explains that this is the wedding mentioned in the Torah.  When the Torah tells of Amram marrying Yocheved, it speaks of not an ordinary wedding, but their second wedding, which followed Amram’s recognition that his initial decision, to divorce his wife, was mistaken.

Curiously, in the Gemara’s description of this second wedding, it makes a point of mentioning that Amram had Yocheved sit in an apiryon at the wedding.  An apiryon is a special kind of carriage, in which the passengers sit comfortably, on cushions, while hired servants transport the carriage by poles.

We must ask, why is this detail noteworthy?  The Gemara did not bother to tell us about the flower arrangements or the tablecloths at this wedding.  Why did it find it important to tell us that Amram and Yocheved were carried in an apiryon?

A fascinating explanation is given by the Gaon of Rogatchov (Rav Yosef Rosen, 1858-1936), in his work Tozfnat Pane’ah, where he suggests finding the answer in a mysterious comment by the Rambam, in Hilchot Melachim (9:1).  The Rambam there traces the history of the mitzvot, explaining that Adam was given six mitzvot, and then a seven was added in Noah’s time, thus completing the “sheva mitzvot beneh Noah” (seven Noachide laws) which are charged upon all mankind.  Later, the Rambam writes, the three patriarchs – Avraham, Yitzhak, and Yaakov – added a number of mitzvot, such as the three daily prayers, berit milah, and tithing.  None of this is very surprising – but then the Rambam adds that when Beneh Yisrael were in Egypt, Amram received additional mitzvot.  Without specifying, the Rambam tells us that Amram established certain mitzvot just as the patriarchs had.

The Gaon of Rogatchov points to the Gemara’s description of Amram’s second wedding as the solution to this mystery.  The apiryon functioned as the huppah (canopy).  When Amram remarried Yocheved, he introduced the concept of a halachic wedding, of a special ceremony whereby a bride and groom formally become married.

The Rambam, in a different context (beginning of Hilchot Ishut), describes how before the Torah was given, there was no formal wedding ceremony.  If a man and woman wished to marry, the man brought the woman to his home, and they were then married.  The Torah introduced the concept of kiddushin (betrothal), whereby a man creates a legal marital bond with a woman, and only after this status is conferred, he brings her home and they live together.  The Gaon of Rogatchov writes that already in Amram’s time, before the Torah was given and the institution of kiddushin was established, the notion of a formal wedding ceremony preceding the couple’s union was conceived.  This was Amram’s innovation at the time he marred Yocheved for a second time – that there would be a formal marriage ceremony under a huppah.  And once he introduced this practice through his and Yocheved’s apiryon, everyone else followed suit.  Marriage was now transformed from a simple agreement to live together into a formal, sacred bond between husband and wife.

Not coincidentally, the product of this first halachic marriage was Moshe Rabbenu.  Part of what made Moshe special was this unique background – his being the child born from the first wedding with a huppah.  This might be the reason why a groom declares at the time of the betrothal that he betroths the bride “kedat Moshe veYisrael” – in accordance with the law of Moshe of Israel.  Special mention is made of Moshe, because he was the very first child born from a union that was formally made under a huppah.

The Sanctity of the Jewish Home

The importance of this innovation which Amram introduced is subtly alluded to us by an anonymous scholar whose numerical calculations appear in some editions of the Humash.  After each parashah, these editions point out the number of verses in the parashah, and then provide a “siman” (“sign”) – a word which has the same gematria (numerical value) as the number of verses in the parashah.  At the end of Parashat Shemot, we are told that this parashah contains 124 verses.  And the “siman,” the word representing this number, is “vayikah” (“he took,” or “married”) – the phrase with which the Torah speaks of Amram’s second wedding.  (The letters of “vayikah” equal 6 + 10 + 100 + 8 = 124.)

This is no coincidence.  This word was chosen to represent Parashat Shemot because this embodies the essence of the story of redemption which begins to unfold in this parashah.  It was Amram’s unique innovation, the formal ceremony of the huppah which precedes the bride and groom’s union, that paved the way for our ancestors’ miraculous redemption from Egypt

But this anonymous scholar did not stop here.  He also added another word with the gematria of 124 that represents this parashah – “Ma’adi” (spelled “mem,” “ayin,” “dalet,” “yod” – 40 + 70 + 4 +10 = 124).  This word has no meaning, but it is a name – the name of a family mentioned in the Book of Ezra (10:34).  In this chapter in Ezra, we read the list of people who had married non-Jewish women during the time of the Jews’ return to Israel from Babylonia, but then heeded Ezra’s stern admonition, and divorced these women.  This list includes the men in the families of Amram and Ma’adi.

Remarkably, we find the name Amram associated with the name Ma’adi – the name which is associated with Parashat Shemot, which tells of Amram’s innovative measure to enhance the sanctity of Jewish marriage.

The connection between these two names shows us that Amram’s innovation served the same purpose as the process underwent by the Ma’adi family – sanctifying the Jewish home.  The huppah is more than just a technicality, and more than an emotional ceremony.  It announces that the bond between husband and wife is sacred, and not haphazard.  It signifies that a husband and wife are to create a meaningful, holy bond, and build a beautiful home that is worthy of the divine presence.

“Vayikah” and “Ma’adi” represent Parashat Shemot because they tell the real story behind our ancestors’ redemption from Egypt.  They became worthy of redemption through the sanctity of marriage, of the home, of the family.  It was the symbolic message of the huppah which elevated Beneh Yisrael such that they were deserving of the miraculous Exodus.

And this is how we, too, become worthy of redemption – through the sanctity of the home and family life.  The secret of redemption lies in “vayikah,” in creating strong marriages which are rooted in genuine commitment and loyalty, and in the shared desire to bring Hashem’s presence into the home.  There are many wonderful mitzvot which we can and should constantly be striving to perform and to enhance.  But the first step in our quest for religious growth is strengthening our marriages, working to reinforce the bonds of love and devotion between spouses, to respect and cherish one another, to sacrifice for one another, and to give to one another.