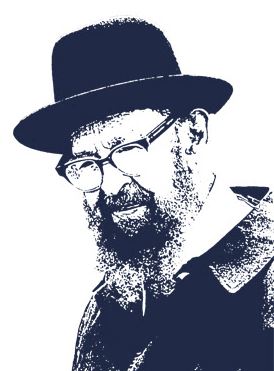 We believe that shidduchim are made in heaven, so how should we understand the Gemara’s instruction that one should quickly seize a shidduch opportunity before somebody else does (Mo’ed Katan 18b)? If a match is preordained, what is there to worry about?

This is an old question that many have asked. The answer is that when it comes to marriage, the opportunity is ordained. But you could lose the opportunity – in a couple of different ways.

One way is if a nice girl comes along, but it just happens that her features are slightly imperfect, and so you say no. In that case, you lose the opportunity. Gd is not going to make a wedding at the point of a gun. He brought the bride to you. You saw her, and you rejected her.  That’s one way of losing what was bashert (preordained).

Another way is if you’re already married to the nice girl, but you are foolish enough to constantly tell her that you don’t like her. If you’re a meshugeneh (fool), you tell her that girls in the street are prettier than she is. Or you’re crazy enough to bring up the word “divorce.” Sometimes you’ll even say, “I want to divorce you.”

There is a man – a yeshiva man – who constantly said to his wife, “I’m going to divorce you.” Finally, she took the hint and she left him. He ran around to all the rosh yeshivahs and all the rabbis asking them to intercede and to beg his wife to take him back. But after he repeatedly told her for years that he wanted to divorce her, the idea became entrenched in her mind and she eventually took it seriously.  So, he lost out on the girl that was bashert.

These are the two ways you can lose your ordained spouse: by turning down the right girl, and by losing her once you’ve found her.

And if this happens, don’t say that it was preordained that you shouldn’t have her. Don’t say that this happened because of Gd’s decree. It’s your own fault. You didn’t do what you were supposed to do, you couldn’t keep a good wife – and so you lost what was ordained for you in heaven.

Matches are made in heaven, but they’re destroyed down here on earth.

How does one encourage a husband or a child without being a nag?

“It is the wisdom of a woman that builds her house.” But the woman needs to learn how to do it. You have to plan what you want to say. Sometimes you feel that you must say something on the spur of the moment. Don’t! Wait until you can say it intelligently. And many times, you’ll accomplish what you wouldn’t have accomplished otherwise.

Let’s say you want your husband to go out and learn in the bet medrash at night, and he’s sitting with his feet up at the table reading a newspaper. That’s how he’s wasting his evenings. So, you have to wait for an opportunity to make a simple remark, such as, “What a nice neighbor Mr. Dweck is next door. I see he’s such a fine man; every night he goes out to learn in the bet medrash.” That’s all; don’t say any more than that. Just let those words sink in a little bit.

I’ll give you another suggestion, as well: when your husband does something good, go out of your way to praise him. This will give him incentive to do it again.

Whatever it is, you’ll have to find tactful ways, because the frontal attack usually doesn’t succeed, and only causes irritation.