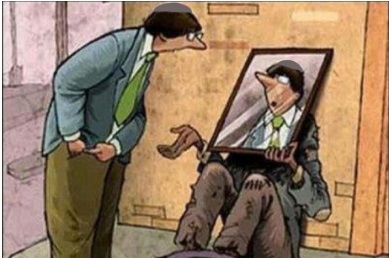 Our ancestors left Egypt nearly two centuries before they were supposed to – and we, too, can end our exile early, if we learn from their example.

As our Torah reading cycle begins the Book of Shemot, we read of what might be the greatest “discount” ever given in the history of man.

The story actually begins back in the Book of Beresheet, in the section that tells of our patriarch Avraham, where we read that Gd, in one of His prophecies to Avraham, informed him that his descendants would be forced to endure a 400-year period of oppression in a foreign land.  We do not know why this decree was issued, why Gd determined that our nation’s history needed to begin with a period of unspeakable suffering and torment.  This information eludes our limited human comprehension.  What we do know, however, is that this decree, surprisingly, was not carried out in its entirety.

Yes, Avraham’s descendants moved to Egypt, where they were enslaved and oppressed by Pharaoh and his team of ruthless taskmasters.  But the term of slavery did not last for 400 years, as Gd had decreed.  According to tradition, our ancestors spent a total of 210 years in Egypt – slightly more than half the number of years they were to have spent there.

That’s some discount – 190 years of slave labor slashed from the “list price”!  Nearly a 50 percent savings!

This question is far more than a matter of mere historical intrigue.  It is vitally important for us because the Egyptian exile is the precedent, the model, of all exiles endured by the Jewish People ever since, including our current exile.  Our nation has been through so much over the past 1,900 years in exile, and we’re still going through a great deal of hardships and challenges (albeit of a much different nature than the hardships and challenges faced by earlier generations).  What wouldn’t we do to get a “discount” on our exile, and slash years off the period of hardship that has been decreed?

So, it behooves us to understand why our ancestors got 190 years off their “price,” so we can learn the secret for how to take some years off ours, as well.

One famous answer to this question is cited in the name of Gaon of Vilna (1720-1797), who suggested that the intensity of the suffering was such that the people endured 400 years’ worth of hardship in just 210 years.  Another theory is that Beneh Yisrael’s supernatural population growth (a famous Midrashic tradition teaches that the women at that time gave birth to sextuplets) meant that the number of people who suffered during those 210 years were the same as the number of people who would suffer in 400 years with normal rates of reproduction.

A much different explanation, however, is presented by the work Arugot Habosem.

The Mishnah in Pirkeh Avot (6:6) lists 48 qualities that we must develop within our characters in order to “acquire” the Torah.  One of these qualities is “noseh be’ol im havero,” which literally means, “sharing one’s fellow’s burden.”

The precise definition of this phrase can be understood by clarifying the difference between two related – but by no means synonymous – English terms: sympathy and empathy.

I recall once sitting on a plane before takeoff when a young toddler in the back of the plane began screaming frantically.  After several minutes, it was clear that the child was inconsolable.  The reactions of different passengers exemplify for us the terms “apathy,” “sympathy,” and “empathy.”  Some passengers, panicking over the prospect of hearing a child crying the entire flight, started saying things like, “Get that kid off the plane,” or, “Can’t they get that kid quiet!”  This is apathy.  Others shook their heads and frowned, expressing their sympathy for the child and her mother, both of whom were having a hard time.

But then there was a young boy who got up out of his seat, walked to the back of the plane, drawing the attention of the startled eyes of dozens of passengers, and found the crying toddler.  He reached into his pocket, pulled out his cherished lollypop, and gave it to the girl.  She put the lollypop in her mouth, and the crying stopped.

And empathy, the Arugot Habosem teaches, is the “coupon” which allowed our ancestors to receive their “discount” on exile.

He explains that as Beneh Yisrael performed their backbreaking labor, they suffered not only because of their own pain, but also because of the pain experienced by their fellow.  Each slave felt the pain of the next slave, and so they suffered double the pain they would have normally suffered.  This is how 400 years became 210 years.

This quality can be seen also in the nation’s conduct on the eve of the Exodus.

When Gd first appeared to Moshe at the burning bush, and appointed him as His messenger to lead Beneh Yisrael out of Egypt, He informed Moshe that the nation would not only leave Egypt, but leave Egypt with great wealth.  He said: “Each woman will request from her neighbor…silver utensils, gold utensils, and garments” (3:22).  The Egyptians would be so frantic that they would beg Beneh Yisrael to leave, and happily comply with Beneh Yisrael’s request that they give them their riches.  This fulfilled Gd’s promise to Avraham that after the period of oppression, his descendants would leave their state of bondage with great wealth.

Just before the Exodus, when Gd spoke to Moshe to present instructions in preparation for this miraculous event, He repeated this command, but with one slight modification.  He said: “Each person shall ask his friend, and each woman her friend, silver utensils and gold utensils” (11:2).  Suddenly, the “neighbors” turned into “friends.”  Whereas back at the burning bush Gd spoke of Beneh Yisrael receiving the riches of their Egyptian neighbors, now, on the eve of the Exodus, He instructed Beneh Yisrael to receive riches from their “friends.”  What is the meaning behind this shift?

We might also wonder whether Beneh Yisrael truly had “friends” among the Egyptians.  Beneh Yisrael lived in Egypt as members of the downtrodden, lowly, despised slave class.  Could they have had Egyptian friends?

Perhaps we could suggest a new explanation of Gd’s command right before the Exodus.  When He instructed the people to ask their “friends” for expensive utensils and garments, He referred not to Egyptian friends – but to their friends among their own nation!

Beneh Yisrael’s early departure from Egypt occurred in the merit of their empathy.  And so just before they left, they were called upon to put that empathy on full display, looking out for one another and ensuring that everybody received the respectable share of the Egyptians’ wealth which each person rightfully deserved after so many years of slave labor.

“Calculating” the Exodus in Bnei-Brak

One of the more enigmatic passages in the Haggadah is the story of the five great sages who assembled for the seder Bnei-Brak, “vehayu mesaperin biytziat Mitzrayim kol oto halayela” – and spent the entire night talking about the Exodus.  They were so engrossed in their discussion that their students needed to come to tell them that morning had arrived, and the time had thus come to read the morning Shema.

What were these rabbis discussing?  Which aspect of Yetziat Mitzrayim (the Exodus from Egypt) occupied them throughout the entire night?

Rav Yisrael Yaakov Algazi (1680-1757) suggested a unique answer to this question, noting that the word “mesaperin” in this passage, which is normally translated as “tell,” or “relate,” can also mean “count,” or “calculate.”  And so, when the Haggadah says that these rabbis were “mesaperin” throughout the night, this might refer to a nightlong discussion of the “discount” – of how 400 years became 210 years, why Beneh Yisrael left 190 years earlier than they were supposed to.

The Hida (Rav Haim Yosef David Azoulay, 1724-1806) offered a similar interpretation of the Haggadah’s famous teaching, “vechol hamarbeh lesaper biytziat Mitzrayim hareh zeh meshubah” – the more time one spends discussing the Exodus on Pesach night, the more praiseworthy he is.  This might refer not simply to talking generally about the Exodus, but specifically to “lesaper” – “calculating” the Exodus, discussing why the period of slavery lasted just 210 years instead of 400 years.

Why is it “praiseworthy” to speak about this particular aspect of the Exodus?  And why were the five sages in Bnei-Brak so intrigued by this question, that it occupied them throughout the entire night?

Based on what we have seen, the answer becomes clear.  The more we speak about our ancestors’ “discount,” and understand why 190 years were deducted from the decree of bondage, the more likely we are to learn this secret so we can receive a “discount” on our period of bitter exile.  The more we think about how our ancestors were worthy of leaving Egypt early, the greater our chances of learning from their example, becoming better people and better Jews, so that we can be worthy of leaving our exile early.  And so, we need to spend time reflecting on the message of empathy, on truly feeling the pain of our fellow Jew in distress, the message that holds the key to hastening our nation’s long-awaited redemption.

Over the years of serving as a rabbi in the community, I have attended many fundraisers for wonderful organizations – far more than I can remember or count.  Rarely, if ever, do I attend a fundraiser without leaving inspired by the dedication and generosity of the people who volunteer for, and donate towards, the many important causes that are supported by our community and by the Jewish world generally.

But there was one event that sticks out in my mind as a unique example of empathy, of “noseh be’ol havero” – truly feeling, and shouldering the burden of, a fellow Jew’s pain.  At a fundraiser for a certain well-known, outstanding hesed organization, one of the heads of the project read a letter he received from one of the beneficiaries of the organization’s work, a member of a family facing dire financial straits, that was threatened with eviction from its home.  This special individual, who was reading the letter, broke down crying.  He could not finish his speech.

This man’s family was doing fine.  But he felt the pain of the family in crisis, and so he was overcome by emotion.

When one feels a fellow Jew’s pain, he cannot stand by the sidelines.  He cannot be complacent.  He has no choice but to expend all possible efforts to help.

Our community is blessed with, and should take pride in, countless exemplars of empathy, sincere individuals who make other people’s needs their own, who volunteer to share other people’s burdens, because they share those people’s burden of pain.  We need to all follow their inspiring example, and ensure that we do not remain merely sympathetic to our fellow Jews in need, and instead feel their pain and do everything we can to relieve it.

Of course, we all have our own challenges and burdens to bear.  There is nobody who is not dealing with some difficult problem in life, who is not under some kind of pressure or has legitimate worries and concerns.  But let us learn from our ancestors in Egypt, who, as they were whipped in the mud pits, felt not only the pain of the whip on their backs, but also the pain of the whip on their fellow’s back.  Even as we struggle with our own challenges, let us not forget the challenges of our fellow Jews.

May the merit of our empathy and of the vast amounts of hesed performed by our community be a great source of merit for us and for the entire Jewish Nation, through which we will see the end of our long, bitter exile, speedily and in our days, amen.