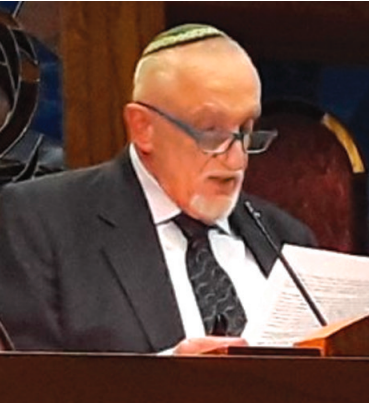 Decades after the Holocaust, anti-Semitic sentiments are, once again, openly expressed throughout Western democracies.  Within the UN and other corridors of power, the world’s only Jewish country – Israel – is under attack, while threats of genocide by Iran are ignored.  On the streets of Europe, violence against Jews has escalated.  These attacks are at times rationalized as anger directed against Israeli policies. Britain’s Labour Party is beset by accusations of antisemitism, while its leader finds it hard to publicly apologize to Jews for their justified concerns.

Dr. Manfred Gerstenfeld, a noted authority on contemporary anti-Semitism, has carefully analyzed this escalating phenomenon since his retirement in 2000. Dr. Gerstenfeld, 82, was born in Vienna, educated in the Netherlands, and made Aliyah in 1968, where he pursued a career as an international strategic business consultant.  An esteemed scholar, Dr. Gerstenfeld authored 16 books on contemporary anti-Semitism, including breaking studies on European anti-Semitism. His myriad of articles has appeared in the Jerusalem Post, The Begin Sadat Center for Strategic Studies publications, and the news site Arutz Sheva (Israel National News).  On December 1, Dr. Gerstenfeld gave the keynote address at the 31st annual gala of the Canadian Institute for Jewish Research (CIJR) in Montreal.  He presented an overview of contemporary anti-Semitism with a specific focus on right and left wing, progressive, Muslim, and Christian anti-Semitism.  He also spoke about the priorities necessary to effectively combat the world’s “oldest hatred.”

Dr. Gerstenfeld was kind enough to take the time to answer the following questions  for Community Magazine.

CM: According to an ADL global study, over one billion people, covering 89% of the world’s population, are classic anti-Semites. This figure does not include those who consider themselves to be anti-Israel. Classic anti-Semitism (religious and ethnic/nationalist) targets the Jewish religion as well as Jews as a people. Moreover, studies conducted in 100 countries indicate that of the 75% of people who have never met a Jew, 25% of them harbor anti-Semitic attitudes.  After the Holocaust, how do you explain these shocking percentages?

MG: Due to the intensity of the propaganda waged against Jews over the centuries, anti-Semitism became profoundly interwoven with Western culture. Historian David Niremberg details this interweaving in his book  Anti-Judaism: The Western Tradition.

However, after the Holocaust, the promotion of Nazi ideology or genocide became considered taboo.  Antisemitism was, therefore, forced to mutate to remain integral to Western culture. This mutated anti-Semitism – often referred to as the “new anti-Semitism” – focused on the Jewish state.  It integrates the core beliefs of classic anti-Semitism, that see Jews and Judaism as inherently evil. Studies indicate that at least 38% of European adults believe that Israel intends to commit genocide on the Palestinians or that Israel behaves toward the Palestinians as the Nazis did toward the Jews.

The most significant source of verbal anti-Israelism in Western society comes from left-wing liberalism. As far as violence is concerned, Muslims and right-wingers play a substantive role in promoting anti-Semitism and anti-Israelism. They, however, play a minor role in public discourse.

The anti-Semitism and anti-Israeli incitement of the left is not new.  These views are part of a tradition that can best be called “progressive perversity,” and which began in the early 16th century with the “Prince of Humanism,” Erasmus of Rotterdam, who demonstrated extreme antisemitic behavior, even for his time. This ideology manifests itself not only against Jews but against other progressives, as well. Progressive perverts should not be confused with a sub-category, the humanitarian racists. These racists may single out Israel for blame and sometimes may even make valid claims, but they do not blame other states for far more egregious behaviors. The human rights movement, for instance, is replete with anti-Israeli NGOs; its highest organ, the United Nation’s Human Rights Council (UNHRC), is a morally corrupt body permeated by antisemitism. The United Nations can be called a hate-Israel world gathering.

CM: On Sept. 23, 2019, a report by UN Rapporteur Ahmed Shaheed titled Elimination of All Forms of Religious Intolerance was released.  Many Jewish organizations praised the Rapporteur’s report, a first for the UN, for tackling the issue of anti-Semitism. What did you think of it?

MG: The report noted several facts: that anti-Semitism is global, and that perpetrators of the hatred of Jews include white supremacists, neo-Nazis, members of radical Islamist groups, as well as leftists. It also exposed antisemitic tropes. Unfortunately, it artificially distinguished Islamists from other Muslims. Had it been more daring, it would have said “many Muslims” rather than “radical Islamist groups.”  The report also substantially referenced the International Holocaust Remembrance Alliance (IHRA) definition of anti-Semitism, which includes anti-Israelism, and noted the significance of anti-Semitic crimes against Jews among all hate crimes in the United States and Canada. Even though it discussed the BDS (Boycott, Divestment, and Sanctions) movement, it did not take a position against BDS.

Missing from the report were the following five taboos that the Rapporteur could not mention:  1) The UN itself promotes antisemitism of the anti-Israel variety.  2) Antisemitism is linked significantly to parts of the Muslim world.  3) Anti-Semitism is integral to Western culture.  4) Anti-Semitism is inherent in many Western socialist or social democratic parties, and the frequent use in Europe of the word “Jew” as synonymous with evil.  5)  It did not note any quantitative data from ADL studies, even though this data is readily available.

CM: Why is it important to acknowledge this interweaving of anti-Semitism and Western culture?

MG: Doing so makes it easier to point out the arrogance and hypocrisy of countries, such as Germany, as regards to Israel.  This awareness, combined with the IHRA’s definition of antisemitism, can be used effectively to combat Europe’s anti-Israel attitudes. For instance, according to this definition, the singling out of Israeli settlements for specific labeling by the European Union (not done for any other country) is an antisemitic act.

CM: Given the fundamental link between the two, can anti-Semitism be effectively combatted within Western societies?

MG: I believe it can.  I’ve prioritized three objectives. 1) Politicians and high-profile figures must be persuaded to acknowledge this link publicly.  2) The Israeli Government must be convinced to set up an anti-propaganda organization. Among its many functions, the agency must publicly expose the plagiarism and weak scholarship of many pro-BDS academics. 3) “Jewish masochists” must be countered.  These Jews criticize Israel for not being perfect, while ignoring significant deficiencies in Western democracies. U.S. Democratic Presidential candidate Bernie Sanders is a Jewish masochist. He calls Israeli Prime Minister Benjamin Netanyahu a “racist,” but remains silent about Palestinian President Mahmoud Abbas, who publicly stated that no Israelis or Jews would live in a Judenrein Palestinian state. Another disgusting example of Jewish masochists is a group of 240 Jewish academics.  When the German Parliament voted to outlaw BDS, they urged the government not to do that, in support of free speech.

I’ve elaborated on these suggestions and others in my book titled The War of a Million Cuts:  The Struggle Against the Delegitimization of Israel and the Jews, and the Growth of New Antisemitism, which can be downloaded free of charge.

CM: With the rise of anti-Semitism, are European Jewry’s days numbered?

MG: I don’t believe European Jewry will disappear, but will, instead, be subjected to more anti-Semitic aggression. If Labour leader Jeremy Corbyn becomes prime minister, which I don’t believe will happen, 40% of British Jews say they will consider leaving. I doubt that even 4% of them will go. Matters will have to get much more dangerous for Jews to leave.  It’s not easy to move.  There are family and business considerations. Even in those countries where anti-Semitism is most potent, Jews haven’t departed en masse. 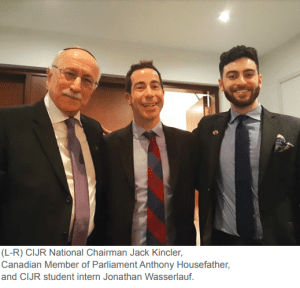 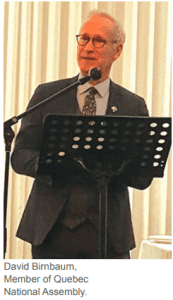 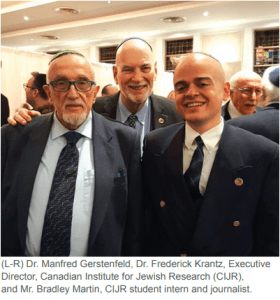