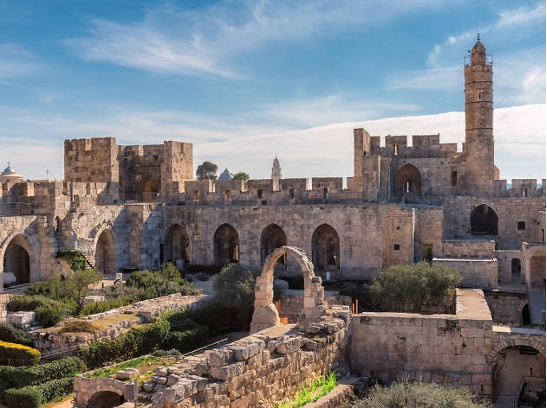 “Despite our Ashkenazi roots, my husband and I ended up in a largely Sephardic environment.  We joke that between the two of us we have the entire Sephardic community covered!”

Sharing Miriam’s life story with my readers is particularly meaningful for me.  Miriam taught Jewish history to my children at Yeshivah of Flatbush Joel Braverman High School (“Flatbush”) and I have sat next to her in shul several times.  When I think of Miriam, I picture her power walking with her friends in Marine Park and serving as a trendsetter and positive role model for the girls at Flatbush.  My daughter referred to the modest Junee shirts that I purchased for her as “Mrs. Wielgus tops.”  Miriam’s warmth and vibrant energy always came through when we would interact.

And yet, when I interviewed Miriam I found out she was much more multi-faceted than I had imagined.  Here is her story.

Miriam Schonbrun Wielgus, daughter of Gitty and Chaim Schonbrun, grew up in Boro Park, Brooklyn in a family with Hasidic roots.  In fact, Miriam’s first language was Yiddish.  Her father miraculously survived the Holocaust as a baby, and Gitty, whose parents were Romanian, was born in Germany in a Displaced Persons (DP) camp at the end of World War II.  Chaim’s roots were in Krakow, Poland. From there his parents were deported to Treblinka, leaving their 20-month-old son Chaim with his 18-year-old aunt, Chaya Rivka. Chaim’s adoptive parents emigrated to Canada after the war, and it was there that Chaim grew up and married his bashert, Gitty.

“I was the oldest of four siblings, all brothers, which explains why I was a tomboy as a kid and grew to love sports.”

When Miriam described of her childhood, her love of sports and her curiosity took center stage.  Her favorite sports activities are cycling, running, and snowboarding. Miriam modestly describes herself as a good student (she was the eighth grade valedictorian and was the editor of her high school yearbook). Additionally, Miriam was more inquisitive about the outside world than most of her peers.  She was educated in the Bais Yaakov school system from kindergarten through high school, and spent her gap year in Israel studying at the BJJ seminary in Jerusalem.  The average Bais Yaakov high school graduate in those days did not continue on to college. Miriam, however, convinced her father to allow her to register at Touro College, a Jewish institution.

Miriam met her husband, Chaim Wielgus, who is three years older than she is, when she was a senior in high school at a New Jersey Shabbaton.  They were both volunteers for JEP, a kiruv organization that conducted many educational programs for kids with little or no knowledge of Judaism.   However, given their strict religious upbringing, Miriam said “they didn’t dare date” until she returned from Israel.  She attended Touro for two years and transferred to Brooklyn College after she and Chaim were married.  Miriam took a Jewish history class at Brooklyn College with Professor David Berger, who became her mentor. He encouraged her to pursue a graduate degree in Jewish history.  Her next stop was Columbia University where she earned a master’s degree and M.Phil. in Jewish history, while teaching and raising her children.

Hashem blessed Miriam and Chaim with five children and eight grandchildren, who they adore.

Miriam has been teaching since she was 19, when she returned from seminary in Israel.  “I always loved teaching. My passion is Jewish history. I started at a Russian school for two years and taught Jewish history and other Judaic studies classes at different elementary and high schools.  My dream, or so I thought, was to teach college.  Eventually I was hired to teach European history at Touro College during the evenings.”

Teaching night classes was challenging for Miriam, given that her own children were in school during the day and were home in the evenings. Then, as “luck” would have it, another mentor of Miriam’s, Professor Elisheva Carlebach, recommended Miriam for a job teaching Jewish history at Flatbush around 21 years ago.  Miriam has been there ever since, and views her career at Flatbush as the biggest blessing.  “I consider Flatbush my second family and I absolutely love my job teaching ancient, modern, and Sephardic history. I’m also the guidance counselor for girls contemplating a year of study in Israel after graduation.”

Miriam became the Department Chair when the prior one, my former teacher, retired. Miriam is consistently inspired by the members of the administration, who encourage her to grow as a teacher and to bring new and exciting programs to the students.  Around ten years ago, Rabbi Levy approved Miriam’s introduction of “Sephardic History” as an elective. This has proven to be a valuable addition to the curriculum, given the growing Sephardic student population.  Miriam takes advantage of available technological resources and is a big believer in engaging her students in experiential, and not only textbook learning.  For example, there are a variety of trips for students. These include both local excursions to museums as well as overseas trips to Israel, Spain, Morocco, and Gibraltar, where students have become impassioned about the subject matter.   Other examples of fun and appealing learning opportunities are “Music on Mondays” and “Tasty Tuesdays” (cooking classes).

Finding a Niche in the Sephardic World

And guess what?  Despite both Miriam and Chaim’s Ashkenazic roots, they both ended up in a largely Sephardic environment.  Although Chaim’s primary job is VP in a mortgage company, he is also a rebbe who has been teaching seventh graders at Magen David Yeshiva for 30 years!  Miriam teaches many students that were formerly his. “My kids joke that we sound more Sephardic than Ashkenazi because our Hebrew havara has been ‘Sephardicized’ after years of teaching in the community.”

Miriam expressed her special affinity for the Sephardic community’s history, food, and culture.  She is convinced that she has some Sephardic ancestry. “The only thing preventing me from doing an ancestry.com test is my fear that I will be greatly disappointed should no Sephardic lineage appear in the results,” Miriam quipped.

After her family and teaching career, Miriam’s greatest love is sports!   Her husband is not super athletic and none of her children are as athletic as she is.  However, they all support her and are proud of her feats.  As a matter of fact, Chaim recently bought her a new bike rather than jewelry!

How does she feel when she cycles or runs?  “I feel a thrill and am so alive when I do sports. I clear my head and sports allow me to live in the moment, not worry about problems, and appreciate my health.  I enjoy my surroundings and the environment, it’s almost a spiritual experience.”

Miriam plays tennis on Wednesdays and ice skates every Friday.  Snowboarding is another favorite of hers, and she snowboards with her students on the senior ski trip.  Miriam also runs regularly and is a proud member of OPR, Ocean Parkway Runners.  Miriam has done several half marathons and hopes to run the NYC full marathon next November.  She was the Flatbush track team coach for two years and was the coach for Flatbush children running the Disney Marathon for Sephardic Bikur Holim.  Miriam is also a serious cyclist and has done numerous charity rides for Tour de Simcha, NCSY, and The Next Ride in Israel, which raises money for prosthetics for Israeli amputees.

Miriam’s life purpose is to enjoy every moment.  She advocates embracing life and making one’s own happiness. “Make the most of your time here. Life can be fabulous, so don’t focus on what you don’t have and be grateful for what you do.”

How does Miriam do it all?  Her secret is to aim for a healthy work-life balance. “You can’t have it all, so you need to prioritize. Don’t sweat the small stuff. Truthfully, cleaning the house and dusting the furniture are not what’s important to me.  I am one of the original proponents of self-care.  Make sure you make time for fun and activities you enjoy. It’s the little things in life that provide the greatest pleasure.”

Miriam’s immense appreciation for her good health and ability to engage in the sports she loves led her to donate a kidney altruistically last year.  “I don’t take my health for granted.  I’ve experienced a number of sports related injuries, including a biking accident that resulted in a helicopter evacuation and a crushed collarbone. I feel a tremendous hakarat hatov to Hashem for all the blessings in my life and wanted to pay it forward.”

Miriam wants people to know that there are no negative side effects to kidney donation, besides having to take Tylenol instead of Advil afterwards, Her physical health and capacity to do sports, B”H, are as good as they were before.

Her next projects?  Miriam wants to expand the number of electives in Jewish history. The principals allow Miriam to run with new and innovative ideas, so she can’t get stale as a teacher.

Follow your passion. “I wanted to be a psychologist because my aunt became one, and then I realized I was passionate about Jewish history.  If you love something, run with it even if you think it’s not lucrative.  You will find a way to make it work.”